Jim Henson made The Muppet Show and Sesame Street characters like Kermit the Frog and Cookie Monster household names. But, when he was still a young man, he used his puppetry skills in the world of advertising. From 1957 to 1961, Henson made nearly two hundred ads for this local coffee brand from Washington, D.C. called Wilkins. Clocking in at only ten seconds long, they featured two characters voiced by Henson: Wilkins and Wotkins.

Now, footage of these early proto-Muppets has resurfaced, thanks to the folks at Design Taxi. You can watch one of these ads showcasing these stage-one Muppets, who of course sound a whole lot like Kermit and Rowlf, right here:

In the TV spot, Wilkins represented the coffee brand. Hence the name. Meanwhile, Wotkins was the naysayer who was constantly physically assaulted for downplaying the power of a good, hot cup of Wilkins Coffee. It was all more Looney Tunes than traditional Muppets. But hey, Henson was barely twenty years old at the time. He was still figuring out his style.

So just how Wile E. Coyote does it all get? Poor Wotkins finds himself stomped on, stabbed, electrocuted, shot, and he even gets his head crushed in a car hood by Wilkins. He also gets thrown out of a plane! And all because he just doesn’t like coffee. Seems pretty harsh to us. 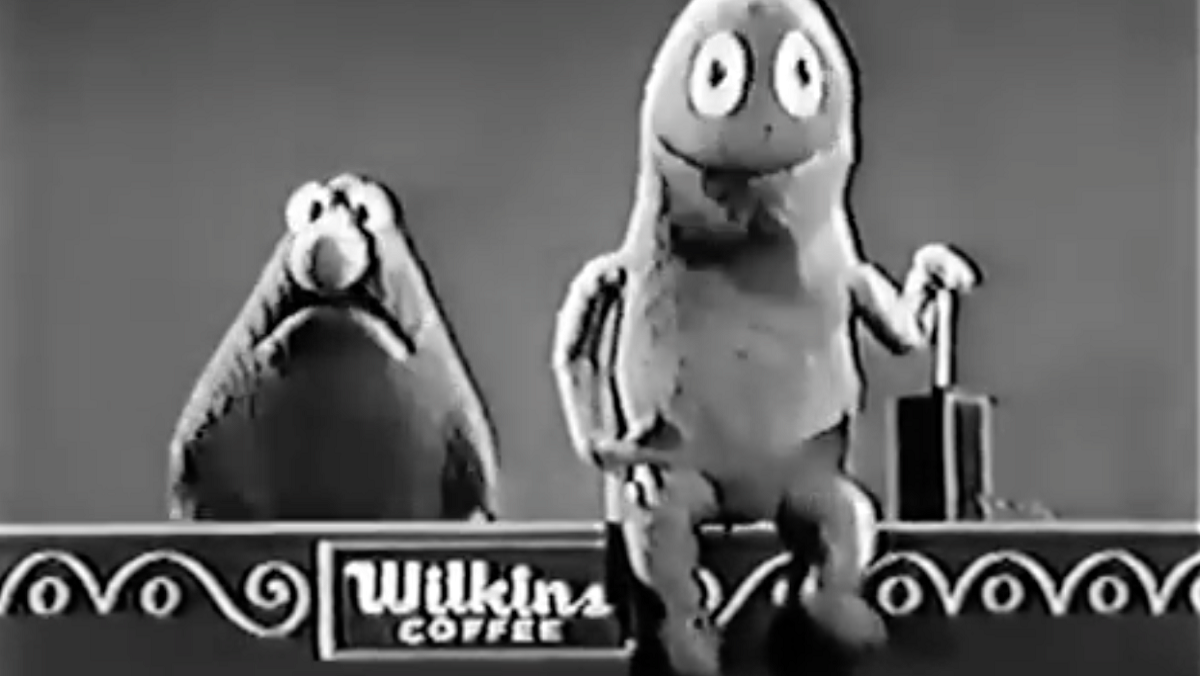 The ads were so popular, that sales for Wilkins Coffee shot up 25%. And they started selling toys for Wilkins and Wotkins, which are the first Muppet products ever produced. (Although are those guys even Muppets? This is debatable.) Regardless, because of Wilkins and Wotkins, Jim Henson’s career took off. Although he spent the next two decades creating puppets for television ads and talk show appearances, it all paid off when The Muppet Show finally premiered in 1976. The rest, as they say, is history. But it all began with TV ads where one puppet is constantly trying to kill the other one.