In his 53 years on Earth, puppeteering legend Jim Henson changed the world–not just once, but several times over. His Muppets characters became beloved household names, and his Sesame Street puppets helped educate generations of children. His fantasy films have become timeless beloved classics. And even though he’s been gone for nearly thirty years, there isn’t a child out there today who doesn’t know his creations. In celebration of Henson’s iconic creations, The Skirball Cultural Center in Los Angeles is presenting The Jim Henson Exhibition: Imagination Unlimited. Opening on June 1, the dynamic experience explores the legacy of Jim Henson. Featuring more than 100 objects drawn from the beloved worlds of Sesame Street, The Muppets, Fraggle Rock, The Dark Crystal, Labyrinth, and more, the traveling exhibition highlights Henson’s groundbreaking work for film and television and his impact on popular culture.

Organized by the Museum of the Moving Image New York, this exhibition will be at the Skirball through September 2. Visitors will have the opportunity to view a broad range of artifacts, and interactive stations will invite visitors to try their hand at puppeteering on camera and designing a puppet. In keeping with its mission, the Skirball will also delve into the social impact of Henson’s work, and in particular, the Skirball will highlight how Henson’s characters and stories represent individuals and communities of diverse backgrounds and abilities, inspiring the public to look beyond differences and cultivate a more compassionate, inclusive world.

To give you an idea about what awaits you when you attend, you can check out a of images from The Jim Henson Exhibition: Imagination Unlimited in the gallery below. For more information about Skirball, including museum hours, visit their website.

Are you excited to visit this amazing display of puppeteering greatness? Be sure to let us know in the comments. 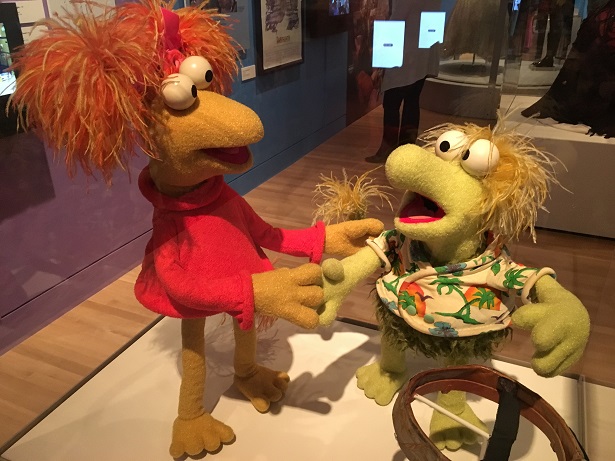