Muppets have been telling us how to get to Sesame Street for decades. It’s the place where sunny days chase the clouds away, celebrities hang out, and real talk happens. But, how did Sesame Street get its name? And how did it make its way to the air anyway? If those questions were on your mind before, they certainly are now. There’s a pitch reel for the famous show that reveals how it came to be through the eyes of The Muppets. And, none other than Kermit the Frog is responsible for the show’s name! (Well, sort of. Muppets don’t run the creative process but they do get a show greenlit.)

Shockingly, Sesame Street hasn’t been around since the invention of television. In fact, it didn’t air until 1969. A year (or so) prior, The Children’s Television Workshop (now known as Sesame Workshop) was seeking funding and support to premiere a show featuring furry protagonists. A full clip of the Sesame Street sales pitch reel (that we picked up via DesignTaxi) starts out with TV writer Joan Ganz Cooney explaining the clip and saying that the show will also feature people in different learning segments.

Then, we get to see some familiar faces. Several Muppets, including Kermit and Rowlf, are in a meeting to talk about this upcoming show. Kermit isn’t too sure that he wants to join the cast, so Rowlf explains the show’s premise. The clip splices their conversations with some footage of real children learning about themselves through play and object comparison. Rowlf also continuously mentions that they have a big conundrum: what to name the show. There are some frankly terrible names, including Hey Stupid because the kids can’t read or write. (I personally laughed out loud.) 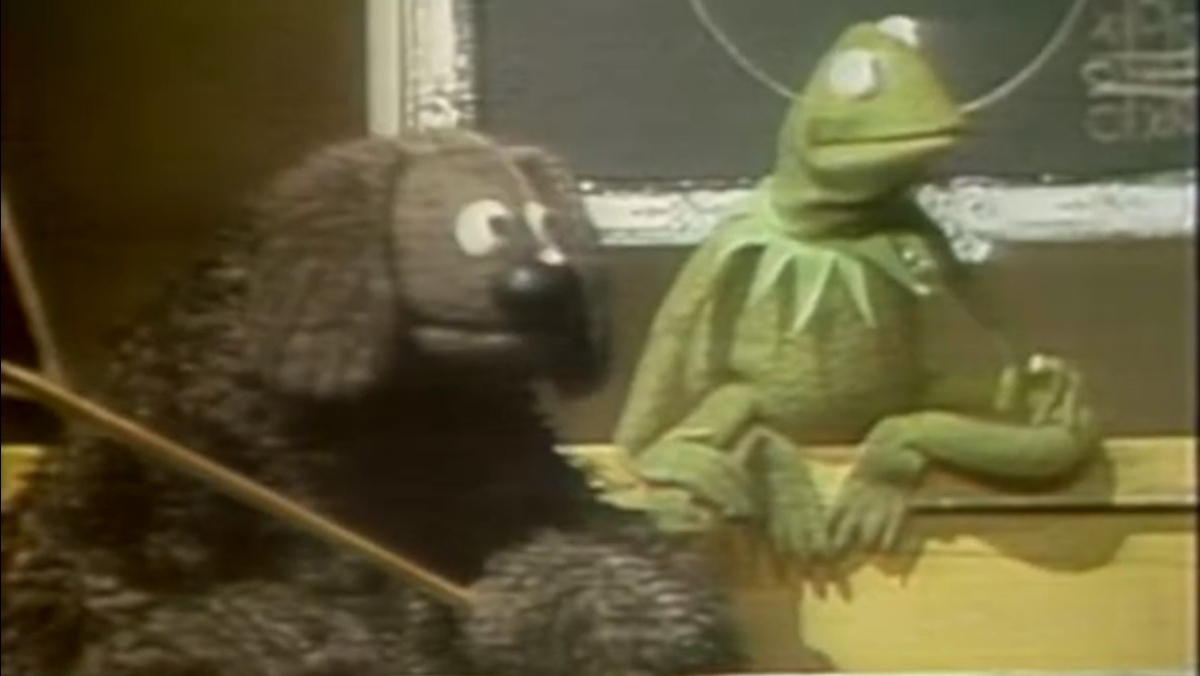 This is when Kermit has a bright idea: Sesame Street. According to the now-infamous frog, its like “open sesame,” because it “gives you an idea of a street where neat stuff happens.” It makes sense considering that Rowlf said the show is all about opening up new worlds to kids. And TV history was made in that moment. Kermit decides to join the group and, as Rowlf predicts, the children did (and continue to) absolutely love it.