This past weekend, the world was formally introduced to its new Captain America. And no, we’re not just talking about Anthony Mackie on The Falcon and the Winter Soldier. We are also talking about one Jack Black, who wears the helmet and wields the shield of Cap in a new TikTok video. Well, the helmet, the shield, and not much else but a pair of American flag speedos. A dose of the vaccine can make anyone feel like a super-soldier.

This is the latest in a series of videos from the comedy legend, where he takes on the persona of a famous member of the Avengers. All shot in his yard at home. Jack Black has channeled Iron Man, Spidey, and most recently, Thor. So Cap was naturally next. You can watch the video right here.

Speaking of Jack Black’s Thor video, he does a nice little callback to the iconic Endgame moment where Cap is able to wield Thor’s hammer, Mjolnir. Coincidentally, this video arrives on the two-year anniversary of Avengers: Endgame. Jack has cosplayed as all of the Avengers’ “big four” now, plus Spider-Man. We think the cosplaying Hulk shows the most commitment. All the green paint just has to be a huge pain in the butt. Ok, Hawkeye and Widow don’t get a moment either. 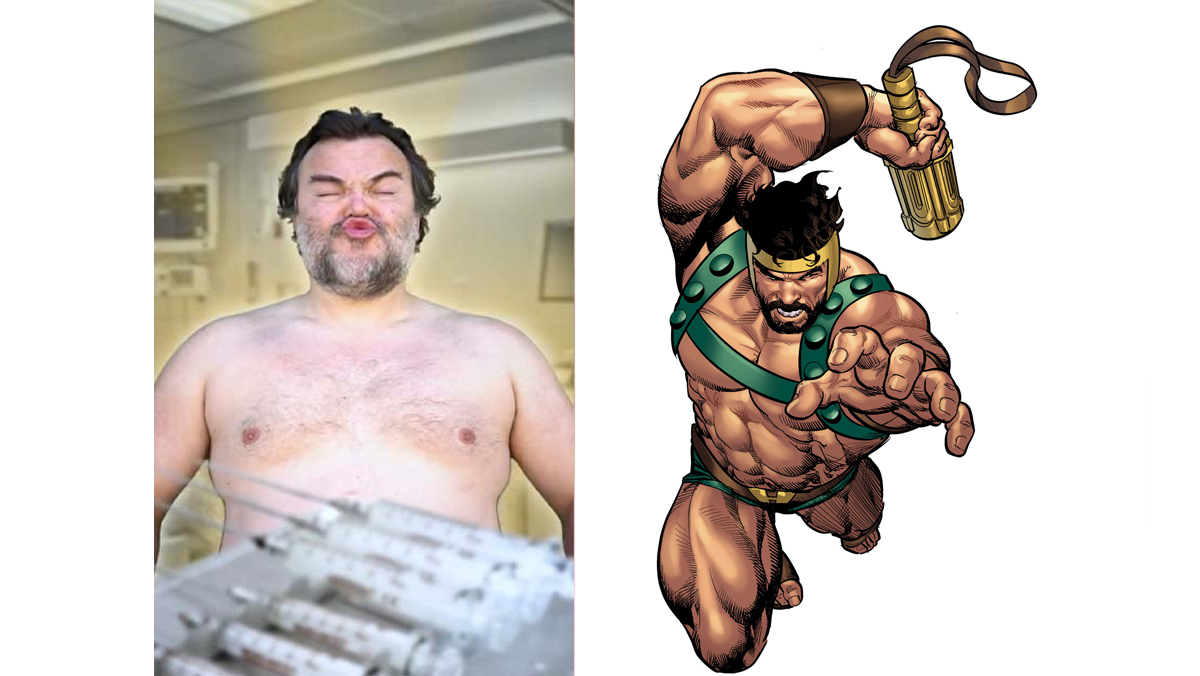 The Voice of the People/Marvel Comics

At this point, we must consider this all as one long audition process for Marvel Studios. C’mon Marvel creatives. Give Jack Black an MCU role already. He’s clearly got the enthusiasm for it. They just cast Russell Crowe as Zeus in Thor: Love and Thunder. That means his son Hercules is out there somewhere in the MCU. Jack Black already rocks a Herculean beard. And Hercules’ costume leaves little to the imagination, so perfect for Jack. Let’s make this happen Kevin Feige!

Featured Image: The Voice of the People