The current pandemic has made a lot of us go a little stir crazy. But perhaps no one is taking the current strange times we live in stride as much as actor Jack Black. In recent months, the School of Rock star has posted videos of himself goofing off in his backyard.  And by goofing off we mean dancing while wearing speedos as various superheroes. Look, we all deal with being cooped up in our own way.

Jack Black has rocked out as Iron Man, crawled up walls as Spider-Man, and encouraged others to wear as mask in what kind of looks like his Nacho Libre outfit. Most recently, he’s channeling the Asgardian God of Thunder himself. In a video posted via his Twitter account, Jack Black is doing his version of the Led Zeppelin “Immigrant Song” moment from Thor: Ragnarok. You can watch the full hilarious video down below:

This video is proof of two things. First off, director Taika Waititi needs to give Jack Black a call and give him some kind of role in Thor: Love and Thunder. We think Throg, the Frog Thor seems like a good choice. Or maybe Beta Ray Bill? We’re open to suggestions. 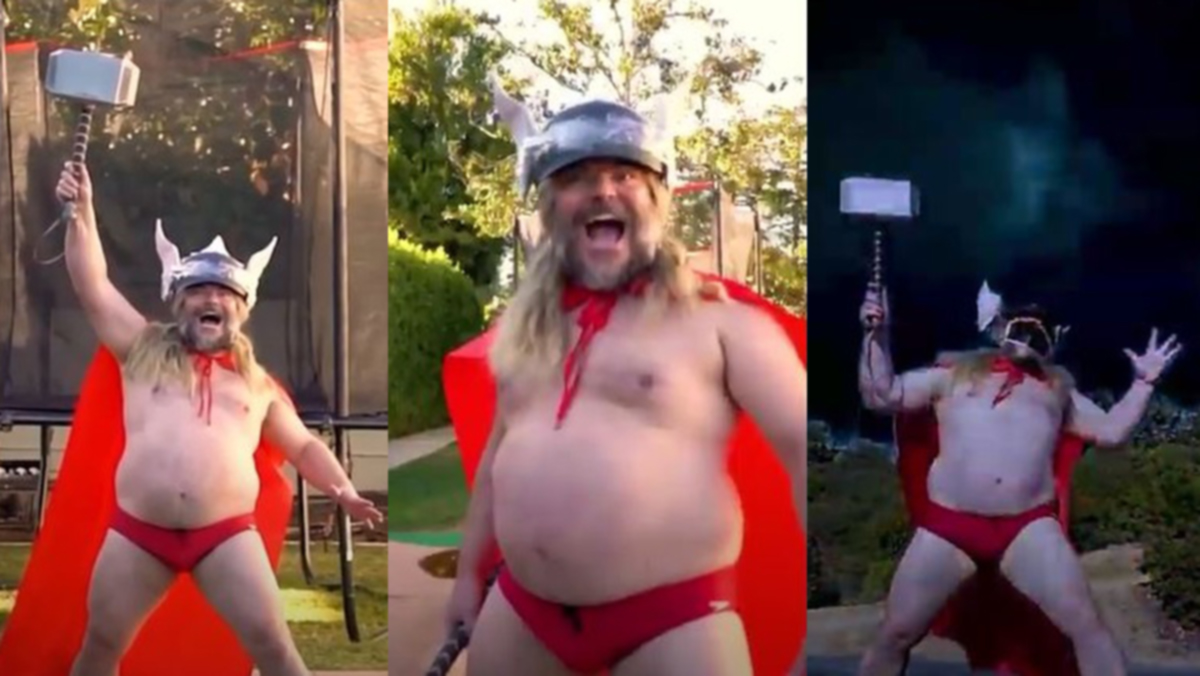 The Voice of the People

If Jack Black doesn’t get a Thor: Love and Thunder role, we think it’s high time he got some kind of superhero role. Over a decade ago, he was nearly cast in a comedic version of Green Lantern. Most comic books fans were none too happy about the prospect back then, rejecting the idea of a silly version of the Emerald Gladiator on the big screen. Now we think people might be down for some Jack Black ring-slinging. Just as long as he does it in a pair of speedos.

Featured Image: The Voice of the People