Did Captain America Ever Use Mjölnir in the Comics? - Nerdist

Did Captain America Ever Use Mjölnir in the Comics?

The following contains major spoilers for Avengers: Endgame. If you have not yet seen the film, please do so before reading the rest of this piece.

It’s been a part of Thor’s long legacy in comics and now in films, that very few other people have the worthiness to wield Mjölnir, the mystical Uru hammer. None of his fellow Avengers have been able to do it, aside from the Vision.

Except finally, Captain America has used the mighty weapon in the climactic battle in Avengers: Endgame. It’s one of the film’s biggest “stand up and cheer” moments. 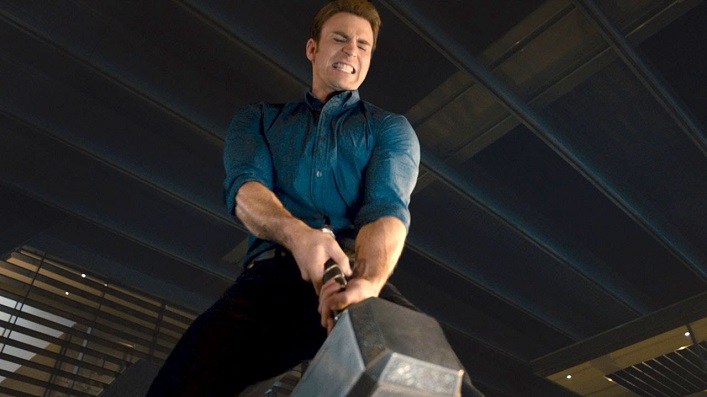 This was of course teased by the party scene in Avengers: Age of Ultron, when the team takes turns trying to lift Thor’s hammer. It doesn’t budge for anyone…except for a brief moment, it moves a bit for Captain America. Thor gives a worried look at that moment; he knew Cap was maybe the only team member who was potentially worthy. One can speculate that Cap couldn’t lift the hammer as he was unworthy, due to still holding the secret of who really killed Tony Stark’s parents to himself.

But Cap wielding Thor’s hammer is completely in keeping with the lore of Marvel Comics. Although it happened very infrequently, Steve Rogers has been one of the only other Avengers to pick and use the hammer in a time of need. But it took a long time for it to happen. The first instance was in 1988’s  The Mighty Thor #390. This was during the time that Captain America had ceded his name and costume to someone else, and he started to wear a black and red costume and refer to himself as “the Captain.” 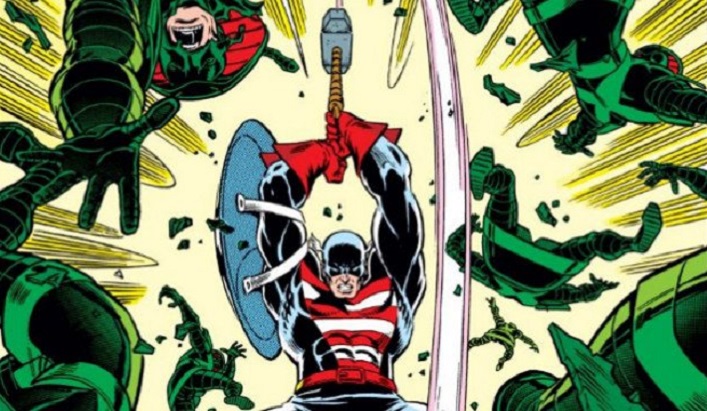 The incident occurred at Avengers Mansion, where the Egyptian gods Grog, Seth, and their Demons of Death ambush the team. There’s not a lot of people in the Marvel Universe who can give the God of Thunder a run for his money, but other gods from different pantheons are often the exception. At a moment when these Egyptian gods had Thor overwhelmed, Cap shocked everyone on the team when he was able to lift Mjölnir for just enough time to hand it back to his buddy and save the day. 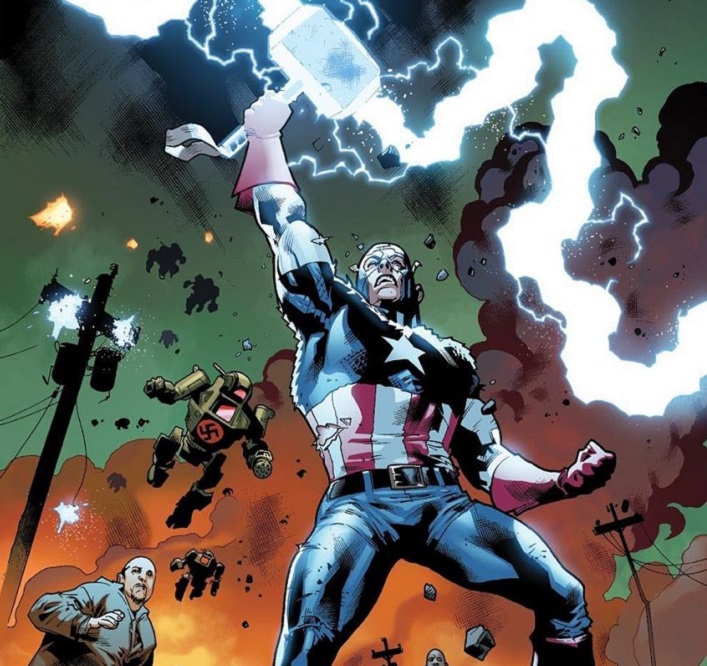 The next two times wouldn’t happen for several decades. Almost 25 years later, Cap held Mjölnir during the 2011 crossover event Fear Itself. In that story, the Serpent of Asgard emerges from beneath the Earth declaring himself the true All-Father. He attempts to take over the world, powered by the fear of the human race. Cap’s shield is shattered by the Serpent, and at a crucial moment in battle when Thor loses his hammer, Cap is able to pick it up. He thrusts it high into the air and triumphantly leads the Avengers into battle, in a moment very similar to what we got in Endgame. 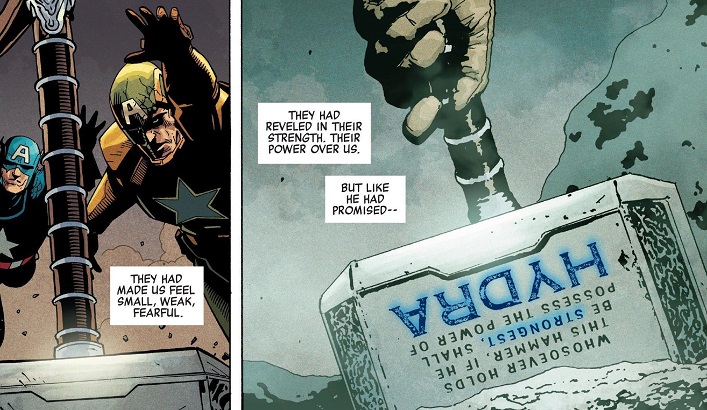 The final time comics Cap held Mjölnir was a wee bit more controversial. During the very divisive 2017 Secret Empire storyline, Captain America was revealed to have been a secret member of the terrorist organization HYDRA all along. But, hey, it’s comics. It wasn’t really Captain America but a version of Cap created by someone messing with reality via the Cosmic Cube. At one point in the story, evil Cap actually was able to lift Mjölnir, which made fans absolutely nuts. But it only happened because Madame Hydra used magic to change the inscription on the hammer; Evil Steve had to cheat to use it. But when the real Cap returned, he used the hammer to kick his evil doppelganger to the curb. 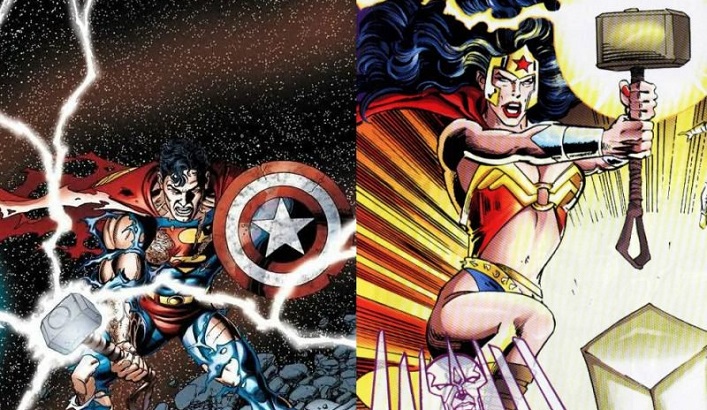 There have been other characters, both heroes and villain alike, who’ve held the hammer over the years. In the comics themselves, only Cap has been able to truly wield the hammer among the members of the Avengers. Interestingly enough though, two members of DC’s Justice League have wielded Mjölnir in battle. Both Superman and Wonder Woman have done it on separate occasions. But don’t expect that moment to hit the big screen anytime soon.