A thrilling kaleidoscope of unique images and groundbreaking techniques, Spider-Man: Into the Spider-Verse is unlike virtually any animated movie ever made, and certainly unlike ones based on comic book characters. Part of the reason for that was the filmmakers’ unflagging devotion to making a film that paid real tribute to the comics and artists that inspired their story of Miles Morales and his alternate-universe Spider-friends. But from an animation standpoint, what drove their collective vision was a deceptively simple ethos that elevated and transformed their work into a true game-changer for the entire medium: “If it ain’t broke, then break it.”

The success of the end result is evident, even without listing the dozens of awards that the film won–including Best Animated Feature at the 91st Academy Awards. But at a recent press day for the release of Into the Spider-Verse onto digital platforms (available now) and home video (March 19), animation supervisor Josh Beveridge and VFX supervisor Danny Dimian offered Nerdist a closer look at the process of creating this triumphantly transgressive animated work.

How challenging was it to design characters that would be graphic and formidable on screen but also be dynamic in terms of their movement?

Josh Beveridge: Animation alone gives you the freedom to do that more, but to animate on twos [to hold a drawing for two frames] was another weapon to make that possible because it just freed us up from having to make it more realistic. I think that’s one of the things they always wrestled with in the live action films is how can we get as iconic as possible but still physically real. We abandoned wanting to do that. But we cinematically tried to make it look like panels of comic books as much as possible, and the movie takes a lot of tone shifts and you’re dialing up that from time to time so we put frames in frames and had them move like comic books.

How much direct inspiration did you derive from specific comic books on an individual level and as a production to look like or evoke artists like Bill Sienkiewicz or Steve Ditko?

Beveridge: It was definitely the zeitgeist of just the comic book itself. That Bill Sienkiewicz influence was a little bit more obvious with Kingpin, but we would look at the details of comic books moreso than specific artists. But we did love the shape language and drawing styles of certain ones, and in animation that’s more important because we’re shaping the character or posing them, so we need to come up with rules for that. But every time there was a question and we didn’t know what to do, the comic book is where you would look; that was the throughline for everything.

You described this process as “if it’s not broken, then break it.” But how do you figure out a manageable way through that that feels cohesive and also transgressive?

Danny Dimian: It’s an interesting question because some of the things that we adjusted were actually based on feedback from screenings. But originally we were not encumbered by that. We don’t want to second guess ourselves. We work with a lot of talented artists, all of us know animation. We live and breathe it so we have a sense of what is special. That’s not necessarily the same as what people are going to appreciate or get. And I talked a little bit about making sure we don’t overstep that and have design take over so that you’re no longer engaged with the characters. So some of it is just trying it and seeing if there’s an emotional resonance to it. But you try, you watch, you react, and then repeat.

“Cheating” solutions was also a big part of the process. Are those techniques you learned from other films? Or was this all new “cheating?”

Dimian: The cheating and the breaking was definitely new, and it was a cultural shift. That’s why we had to keep saying to artists, if it ain’t broke, break it, to just give them that freedom and to make them feel supported in that. But having done so many CG features here, we have a really robust pipeline. We have great tools, we have an incredible backbone, and we don’t really have even a house style. We’ve done so many different looking movies. All of that was the scaffolding. All of that was the support for where we were going to launch from. And I don’t think we could have pulled this off without all of that experience, all those tools, all that support as a place to start from. 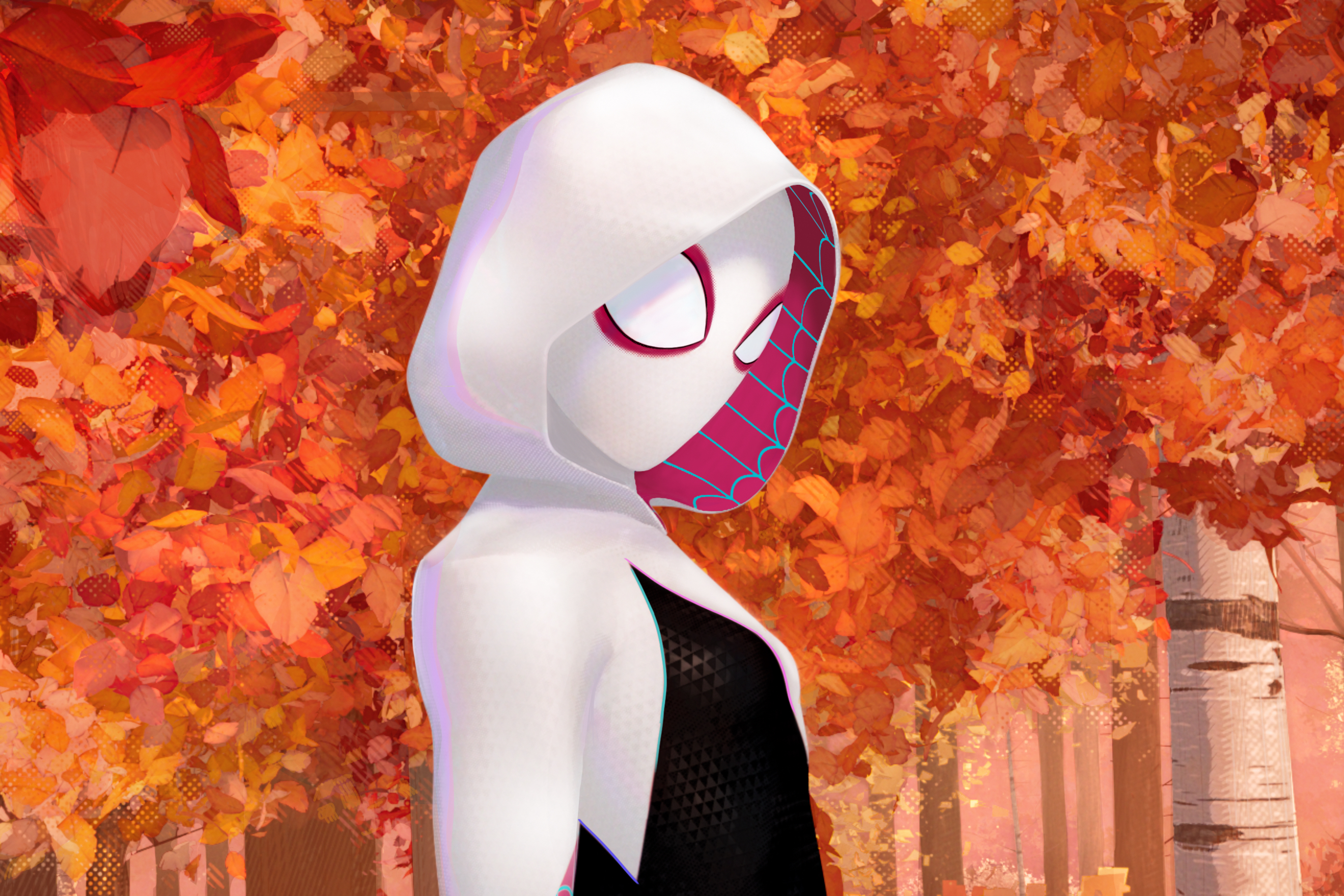 Was there a moment when you had to maintain rules just for the sake of cohesion, or an emotional throughline?

Dimian: We never knew where that was until we went too far. Facial animation and how much we stylized characters and their facial performance–if we added too much line hatching, the dots were too big, or the lines were too bold, it started competing with the emotional content of that animation. So that’s an interesting sweet spot that is difficult to actually pipeline. But we were able to make a lot of this movie way more efficient at the end than the beginning–facial performance, facial animation, emotional content, that’s the hand of an artist. It’s really hard to automate that when it’s the artist themselves who is actually doing that. It’s the actor.

Beveridge: I deliberately didn’t want that. I think it’s part of the amazing charm of the movie; every artist has their own style, and this world is so accepting of all of those. So long as it’s not distracting and it’s in the wheelhouse of the rest of them, then that’s good. And once we had too many rules, it would end up looking like Miles had a new superpower where every time his arm moved, little trails came off of it, so we never did the same types of trails. We’d always change it. And that’s actually what makes it more invisible, to never do the same thing two times in a row. There were boundaries where we’re seeing it too much or we’re missing something and it needs something special there to solve that. But every single animator got to choose when, where, and how much to do it. And I would just help with the boundaries of that.

Whether you have any idea what a sequel to this could be, do you have a foundation to build upon, or would this process start all over again from scratch?

Beveridge: I haven’t been involved in these kinds of questions yet, but no matter what, it’s going to be a different problem to solve. Because we had a blank canvas that we didn’t know the personalities of these characters and we didn’t know our tastes and style, and now the team’s solidified. Now the world knows those two things, and we have to be true to that.

Dimian: We definitely have a better, newer foundation to start from. But I don’t think Chris and Phil like repeating themselves. But this is the first movie that we tried to tell a story with all the things that we’ve come up with, and I think we really only understood that at the end of the movie. So that’s a starting point. But I think there’s so much more you can do with this. Every world of the other characters is also very different. What I personally hope, and this is maybe the fan in me of animation, is that this blows the doors open to much more. And by that I don’t just mean the look, I mean content. This is just an incredibly free creative technique. It’s not a genre. So pick any type of story and there’s a way you can tell it with animation.

Do you feel emboldened to be able to take more chances to be more abstract, or do you feel like you’ve found the right balance between pushing those boundaries and still being able to tell a story that people can really invest in?

Beveridge: I think the insatiability has been obvious. People want more of this. And time is a funny thing in animation. We’re working at a different speed than the rest of the world operates. So it’s easy for that logic hammer to come in and ask if people are going to understand how the dimensions work and the universes, and it turns out, yes, everyone’s seen stories about dimensions and the global consciousness of that is a non-thing. Every year, people get smarter. So we have to raise our bar for them.