The Many Universes of SPIDER-MAN Explained - Nerdist

The Many Universes of SPIDER-MAN Explained

Although DC Comics is the major comics publisher famous for its Multiverse–multiple versions of their popular characters existing in different iterations– Marvel Comics has long had their own Multiverse as well, and the character at its center most often is everyone’s favorite wall-crawler, Spider-Man. Because of this, it’s no surprise that the upcomingÂ  Spider-Man: Into The Spider-Verse film is the first Marvel major media project to really explore the multiple-reality aspect of Marvel Comics lore. Spider-Man: Far from Home looks to bring that to the MCU. But when did we first realize there even was a whole Spider-Verse with which to play? Turns out, there has been one for decades now, even if it’s only gotten serious attention in the past few years. 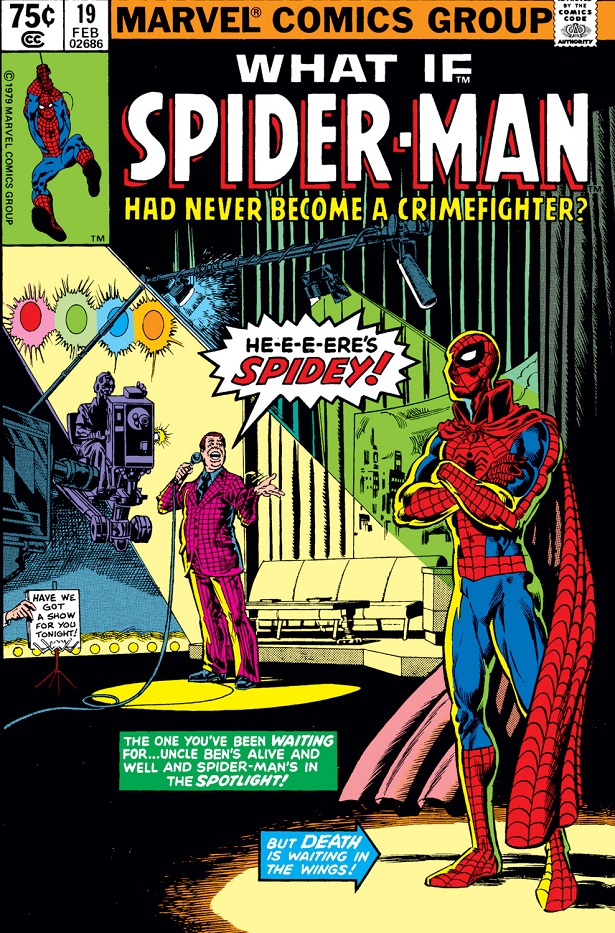 Some of the earliest alternate versions of Spidey appeared in the classic Bronze Age Marvel series What If?, which explored various alternate scenarios for several of their famous characters. Spider-Man especially had many “what if?” style tales to tell. In some of those stories, we see a version of Peter Parker that has six arms, a version that is part of the “Fantastic Five,” and even a version that shows what would have happened had Spidey never become a crime fighter. Yes, there was even an “assassin Spider-Man” who worked with Wolverine. No “alternate Spider-Man” scenario stone was left un-turned in the pages of What If?, and all of these other Spider-Mans are established as living on their own Earths within the Marvel Multiverse. 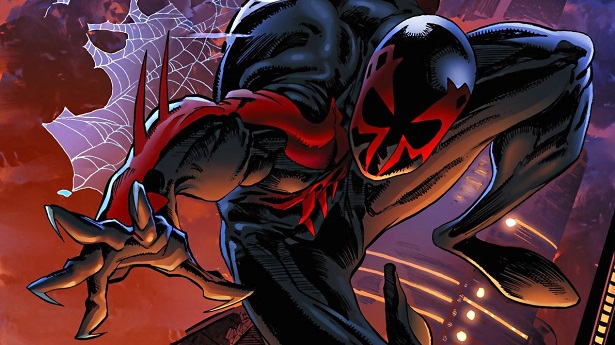 It took a long time before an alternate universe Spidey would receive their own ongoing series. Aside from the spoof character from Marvel’s ’80s kid-oriented line Peter Porker, the Spectacular Spider-Ham, (which is as amazing as the title suggests), the first alternate Spider-Man to get an ongoing spotlight title was Spider-Man: 2099. As part of a larger line of books set in the future Marvel Universe, this Spidey was a geneticist named Miguel O’Hara, who obtained his powers from a gene-splicing incident. The series lasted for three years and 44 issues, and was revived in recent years as well. Miguel O’Hara still has a large fanbase, especially among kids who grew up in the ’90s.

The early 2000s saw two alternate Spider-people get the spotlight. First, the Marvel MC2 line gave us Spider-Girl, the future offspring of Peter Parker and Mary Jane Watson. Named May Parker, this new teen hero was the most popular of the MC2 line, and her series ran for over 100 issues, and was revived several times after that. Even though it was never a stellar title in terms of sales, May “Mayday” Parker has a vocal and loyal following to this day among comics fans. Of course, Brian Michael Bendis’ Ultimate Spider-Man series, which saw a 21st century version of teenage Peter Parker, living a universe apart from the adult Peter, was an instant smash and ran well over 100 issues.When the idea of two Peter Parkers (who were not all that different, really) got redundant, the Ultimate Marvel Universe eventually killed off Peter, and introduced his replacement, Miles Morales. This new Spider-Man, who was of African-America and Latin descent, quickly became extremely popular. He was even introduced into the mainstream Marvel continuity, one of the only Ultimate-offshoot characters to get that honor. In recent years, he was given his own solo title simply called Spider-Man, confirming him as a hero worthy of the title without the need for any qualifiers. 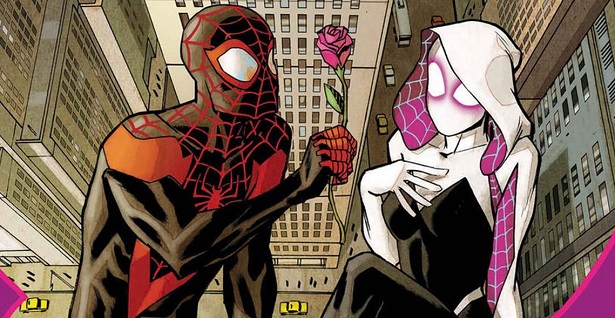 There have also been dozens of mini-series and one-offs featuring alternate Spider-people, like the Spider-Men in Neil Gaiman’s 1602 series, the heroes of Spider-Man: Fairy Tales, and even a Conan-esque Sword and Sorcery version called “The Webslinger.” At one point, there were so many different Spider-people that Marvel was even able to gather them all together for the crossover event series Spider-Verse, and that series is also where the term “Spider-Verse” was actually coined.This 2014 crossover event featured multiple alternative versions of Spider-Man, many from other media like movies and television, and several created just for this story.

The main narrative had all the Spider-Folks under attack by Morlun and his family, the Inheritors. Several characters came out of this series who would go on to become popular staples of Marvel Comics in recent years, including Silk, who is a Korean-American woman who received her powers at the same time Peter Parker did, and Spider-Gwen, the Spider-Woman of Earth-65 who is based on Peter’s long dead girlfriend, Gwen Stacy. 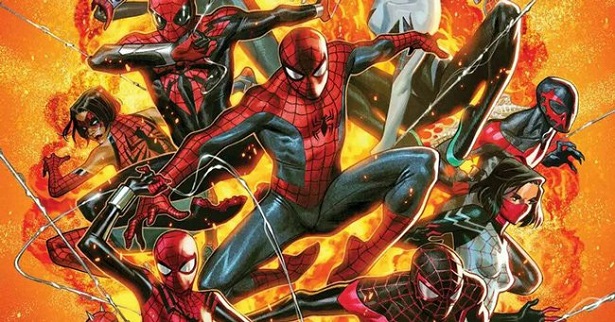 The original mini-series even got a proper sequel recently, in the form of Spider-Geddon, which introduced even more spider-folks into the Marvel Multiverse. One thing’s for sure, with the upcoming release of Spider-Man: Into the Spider-Verse, expect to see a lot more explorations of every variant of Spider-Man you can possibly think of in the not too distant future, both in comics as well as in other media.Do you prefer multiple Spider-heroes, or should they just stick to Spidey classic? Be sure to let us know your thoughts down below in the comments.