Ice Age-Era Humans May Have Domesticated Wolves with Leftovers - Nerdist

Ice Age-Era Humans May Have Domesticated Wolves with Leftovers

Toward the end of the Ice Age, humans and wolves found themselves roaming together across endless icy planes in Eurasia. Which not only meant they both had to battle woolly mammoths, but also learn to live together. Now, a team of scientists says this symbiotic relationship probably first developed thanks to people leaving behind leftover meat scraps.

No wonder dogs beg at the table.

The #domestication of wolves into dogs was only possible in cold climates, according to a recent study published in Scientific Reports. The study involved Maria Lahtinen-Kaislaniemi (Finnish Food Authority and @helsinkiuni). https://t.co/0Oq3ubE324 #dog #wolf #research pic.twitter.com/ovcIqEfSHv

In a recent paper, which comes via Science News, the team outlined a theory of how humans first domesticated wolves. The paper, published in the journal Scientific Reports, says the question of why exactly people domesticated wolves (Canis lupus) into dogs (Canis familiaris) has yet to be settled. But this theory makes the most convincing argument yet.

The scientists have developed their theory based on inferences from previous research into how ancient hunter-gatherers survived in arctic environments. As well as the dietary restrictions of human biology. And they say that, taken together, what people were hunting and what they could actually eat would’ve undoubtedly resulted in a lot of leftovers.

Human and wolf were competitors, but only one of them could live on protein-rich diet. @helsinkiuni
Dog Domestication May Have Begun because Paleo Humans Couldn't Stomach the Original Paleo Diet https://t.co/qaTWIqABCz via @sciam

In essence, the scientists looked at what late Ice Age hunter-gatherers were hunting in Eurasia during the Late Pleistocene and Early Holocene. (Approximately between 27,000 and 40,000 years ago.) In this study, scientists say their prey must’ve been so protein-rich, much of it would’ve had to have been discarded as scraps.

One of the paper’s coauthors, Kristiina Mannermaa, an associate professor at University of Helsinki, wrote on Twitter that while humans and wolves were competitors for resources during this period, only the latter could thrive on a protein-rich diet. In fact, according to the paper, “Humans are not adapted to a solely carnivorous” diet. And, apparently, they’re only able to digest about 20% of their energy needs from protein. 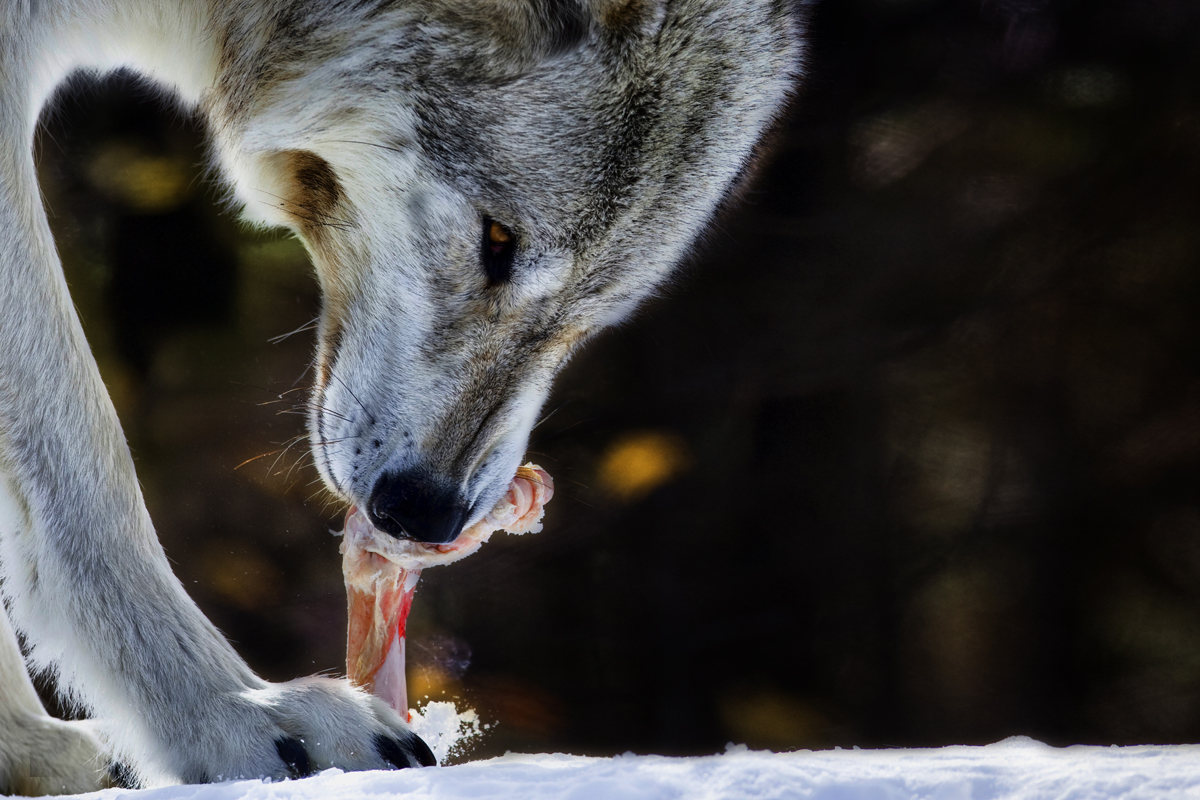 During harsh winters, when the ancient hunter-gatherers had more access to animals—deer, caribou, boars, etc.—and less access to edible flora, they must’ve, thanks to their inherent protein-intake restrictions, had a lot of leftover meat that would’ve been excellent for the wolves. Who, conversely, would’ve done fine on meat-only diets for long stretches of time.

The paper also says that these hunter-gatherers likely “actively fed” the scraps to the wolves. And that these ancient, frosty nomads also probably took wolf pups as pets. Which makes sense from an evolutionary point of view. Because even if they could’ve eaten all the scraps themselves, there’s no chance the hunters were going to resist extremely cute animals forever. After all, most of we humans love all cute creatures. No matter what the species.