As climate change warms Earth’s colder regions, ancient animal carcasses have been turning up more and more frequently. Including, among many examples, this ancient bird that may give insights into how evolution works. Now, a team of scientists presents to the public a 57,000-year-old mummified wolf pup. Which, while the most intact ever, still looks like a mix between Leatherface and Seymour from Futurama. 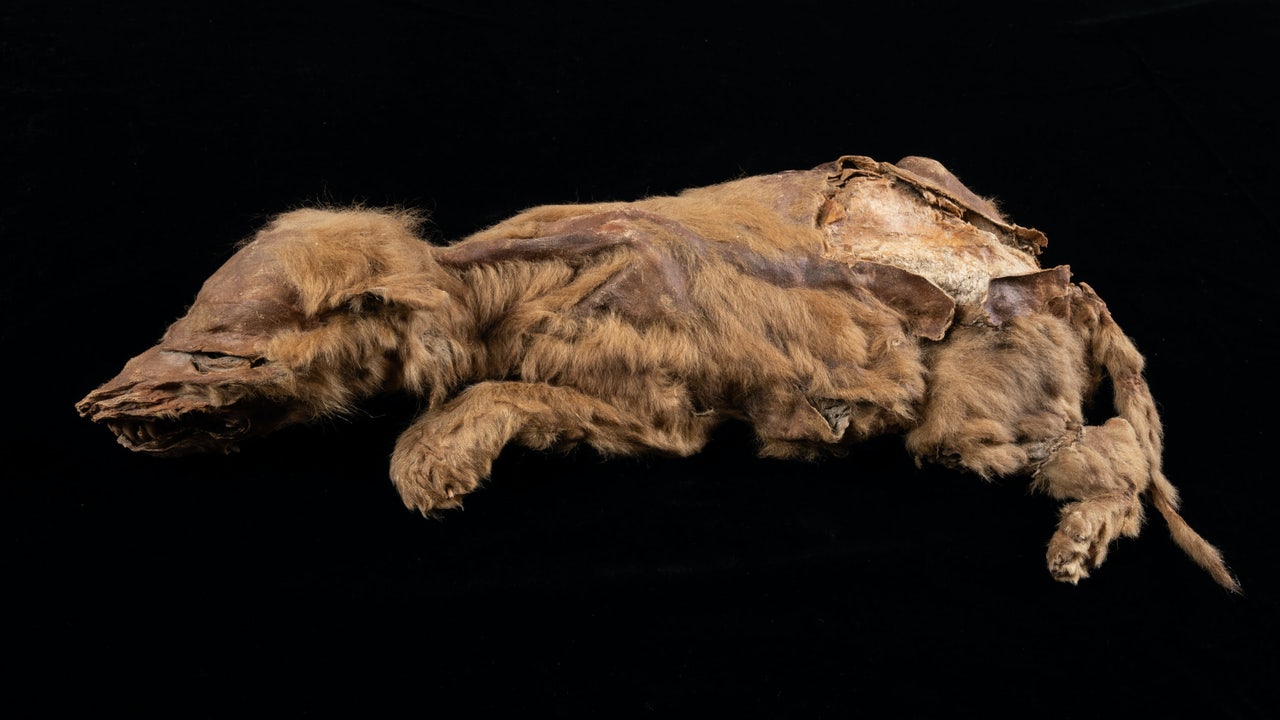 Discovered by a miner in July 2016 after melting out of permafrost in Canada’s Yukon territory, the wolf pup—dubbed Zhùr, which translates from a local language to “wolf”—was initially radiocarbon dated to being more than 50,000 years old. Since then, an international team of scientists has been working to develop a sense of the wolf’s life. And it was somewhat different than expected.

In a new study published in the journal Current Biology (which comes via Live Science), the scientists say they’ve developed a detailed sense of the young wolf’s physiology. They have done so by, along with radiocarbon dating the carcass, sequencing its mitochondrial genome—the DNA of the pup’s cells’ energy-making structures—and taking X-rays of its skeleton and teeth.

Thanks to these analyses, the scientists have been able to determine that the wolf pup likely had an aquatic diet. Meaning in its short, seven-week-long life, it ate mostly salmon. The scientists were also able to determine the pup comes from two different lineages; Beringian wolves, an extinct group from the Yukon and Alaska, and Russian grey wolves.

“We see bones all the time,” Grant Zazula, a Government of Yukon paleontologist who coauthored the study, said in a recent video call. “But when you have something with flesh and skin and hair…[you realize] this was an animal that was running around 60,000 years ago, eating salmon in this landscape that’s familiar yet totally strange.” 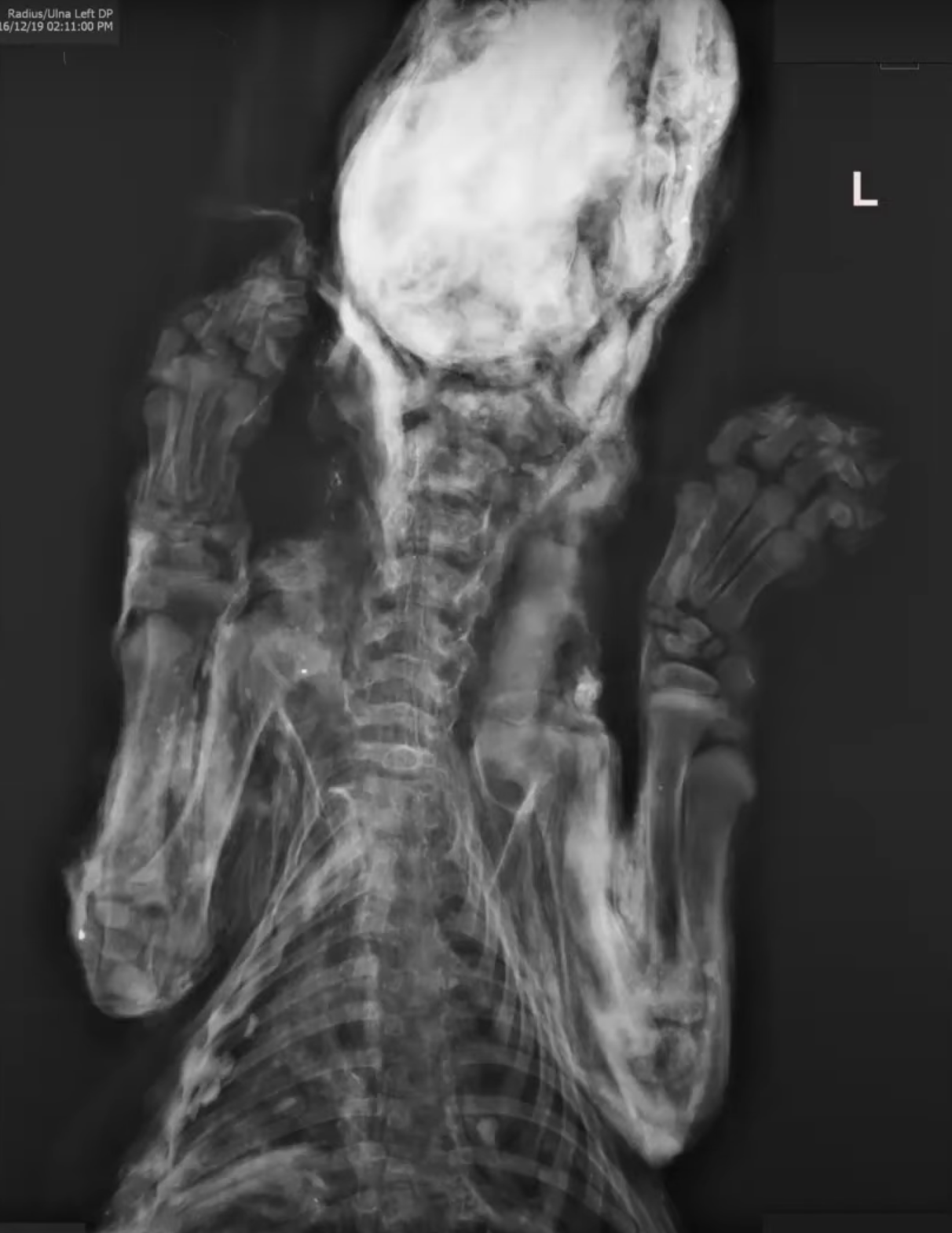 As for the pup’s demise, the scientists think Zhùr died when her den collapsed on top of her. This would explain, they say, why the remains are in such stellar condition. Although there is still some mystery surrounding why the pup was alone when she died. (The scientists’ best guess is that Zhùr’s siblings and mother were not in the den when it collapsed.)

“We’re always excited when we make discoveries like these,” Julie Meachen told Live Science. The co-author of the study, and professor of Anatomy at Des Moines University in Iowa, added that this find is still “an indication that the world is warming and that’s not good for our environment.” Although it is, unquestionably, good for finding ancient, frozen dogs. 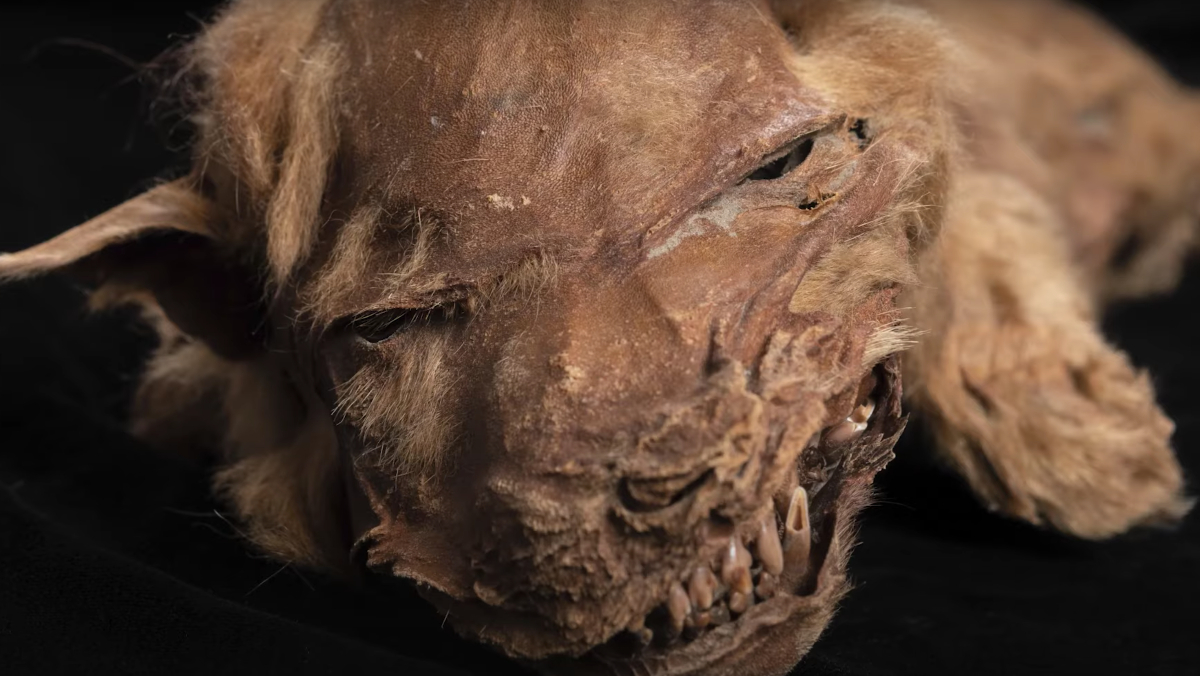