Creating a reading list for most Marvel characters is exceedingly difficult. Where does one start with characters like the X-Men, the Avengers, or Iron Man? Those characters have been in continuous publication for the better part of fifty years. Luckily, the Eternals’ comics history is far more sporadic. Meaning you can catch up with most of the saga of the Celestial’s immortal children and their Deviant foes over one weekend of reading. Here are the essential Eternals stories you need to read to catch up before their MCU debut. 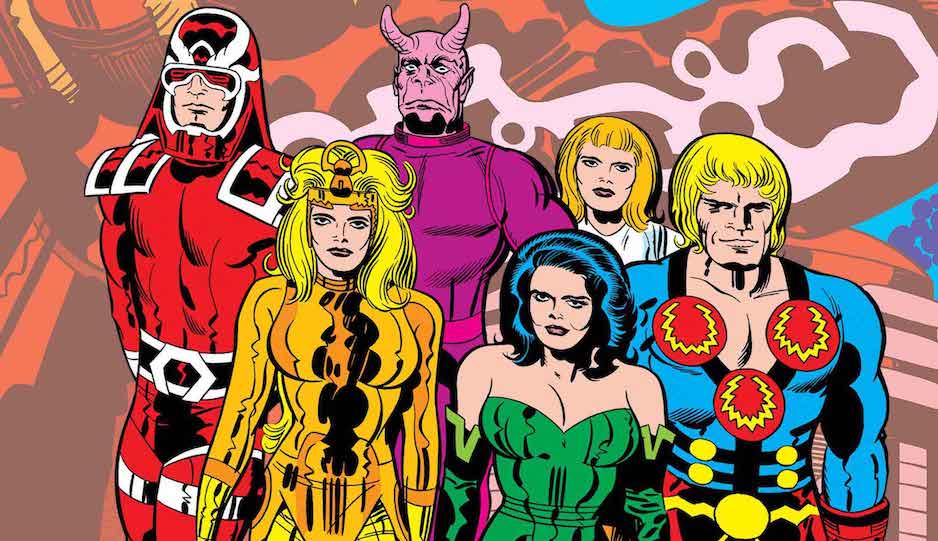 Here is where it all began. After leaving Marvel Comics in 1970, writer/artist Jack Kirby went to rival DC Comics with his epic Fourth World franchise. But when those books didn’t initially wow readers, he returned to Marvel in 1976. And there, he created a new cosmic mythology. Eternals shares several elements with Kirby’s DC series New Gods, including its grand mythological scope. The first volume of Eternals ran for just nineteen issues, from 1976 to 1978. Canceled rather prematurely, it left many plotlines hanging. 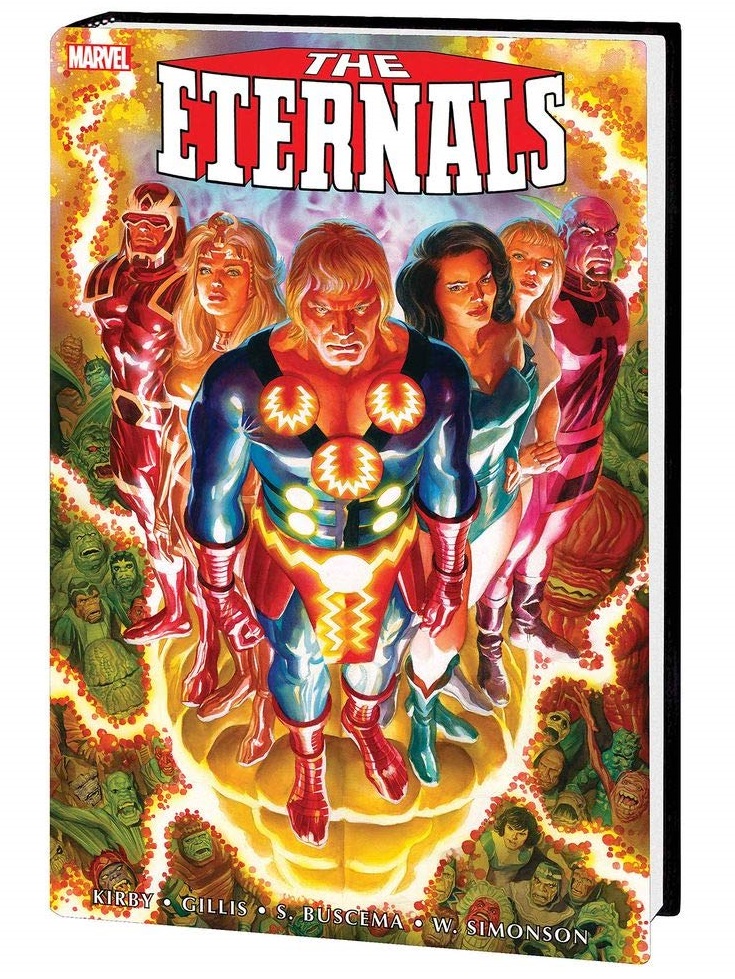 Interestingly, Eternals was originally meant to exist outside the Marvel universe. Despite being published by Marvel Comics. This is why Kirby’s creations seemingly contradict previous Marvel stories. The mythological versions of the Olympian Gods and the sorceress Circe had appeared in the Marvel Universe before, and the versions we meet in Eternals were totally different iterations. Eventually, realizing the value of the characters, Marvel incorporated the Eternals into their universe, explaining away any discrepancies. These nineteen issues are the foundation of all things Eternals, and therefore, the best place to start your journey. 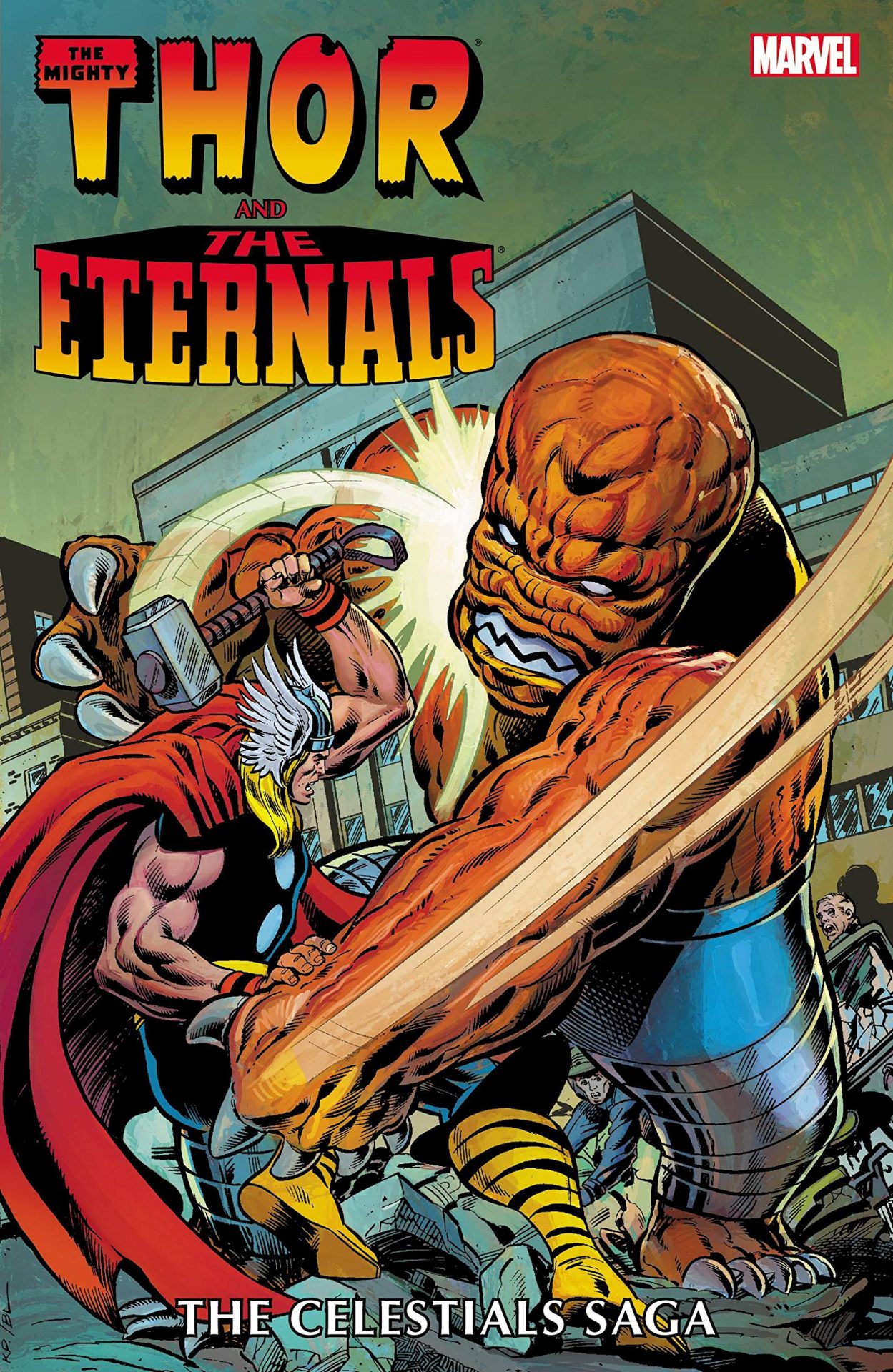 When Marvel canceled Kirby’s Eternals comic, they left many storylines unresolved. So longtime writers Roy Thomas, Mark Gruenwald, and Ralph Macchio officially brought Jack Kirby’s mythology into the Marvel Universe in the pages of Thor to conclude them. In these stories, the Thunder God confronts his father Odin with questions about the cosmic beings called the Celestials. Odin sends Thor on a quest for answers. This brings him into conflict with the Eternals, which reveal the true nature of the Marvel Universe. It might not be a proper Eternals series, but it’s an important chapter in their history.

Collected in Thor and the Eternals: The Celestials Saga. 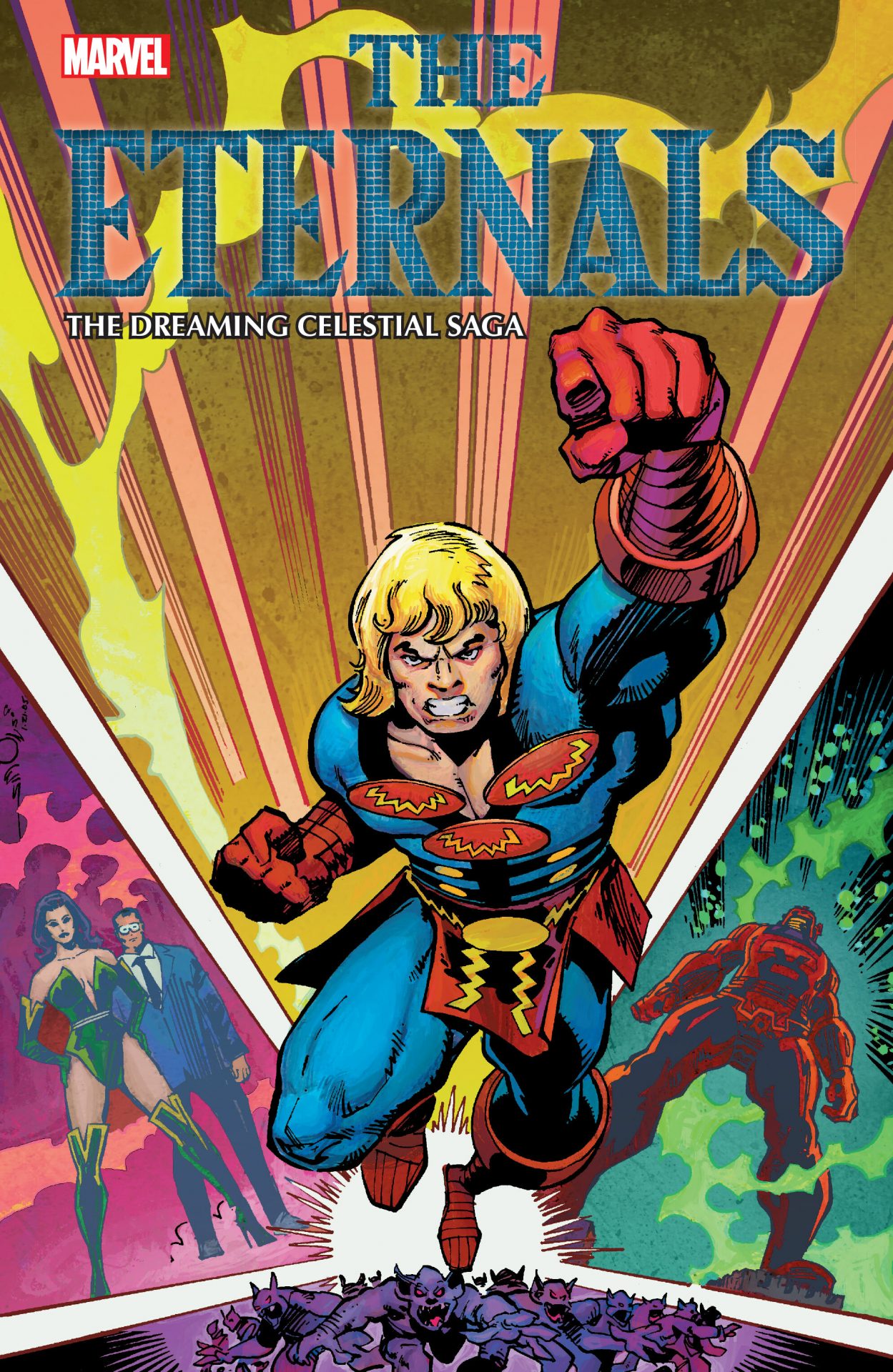 After a break of seven years, the Eternals returned in a self-titled comic, this time for a twelve-issue mini-series. Jack Kirby did not come back to finish his epic this time. Interestingly, he had returned to DC to finish his New Gods saga, which they once prematurely canceled too. Eternals was taken up by writer Peter B. Gillis and legendary penciler Sal Buscema.

No one is sure why, but Marvel’s EIC Jim Shooter asked Thor writer Walt Simonson to come in and write the final four issues. It’s a little disjointed, but most Eternals fans still like it. This series featured appearances by the Avengers, and had the Eternals face off against the Deviant priest Ghaur. It also dealt with a lingering piece of Kirby mythology introduced in the final chapter of his series — Tiamut, the Dreaming Celestial. 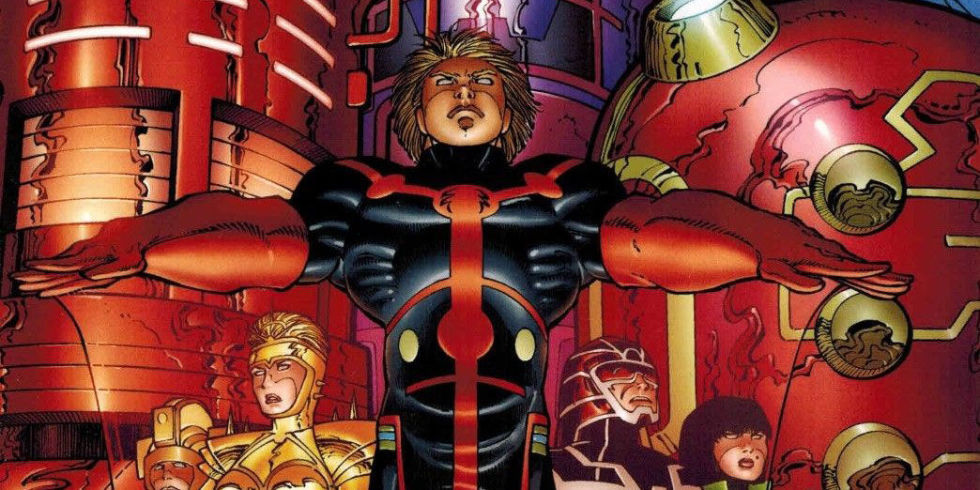 After a twenty-year absence from their own series, the immortal heroes returned for a new limited series from award-winning fantasy writer Neil Gaiman. This one took Kirby’s concepts and turned them on their head, reimagining them for the 21st century. This story found the Eternals living normal lives with no memory of their immortal nature, only to find that one of their own tampered with their minds.

Gaiman used this series to retcon several inconsistencies accumulated over the years, and it also revealed that they were not just thousands of years old, but close to a million. A lot of the modern Eternals current fanbase discovered the team through this series. And it’s a big inspiration for the film. A highlight of this run is the amazing artwork from Spider-Man and Daredevil artist John Romita Jr., which evoked the classic Kirby style more than any modern artist.

Collected in Eternals by Gaiman and Romita Jr. 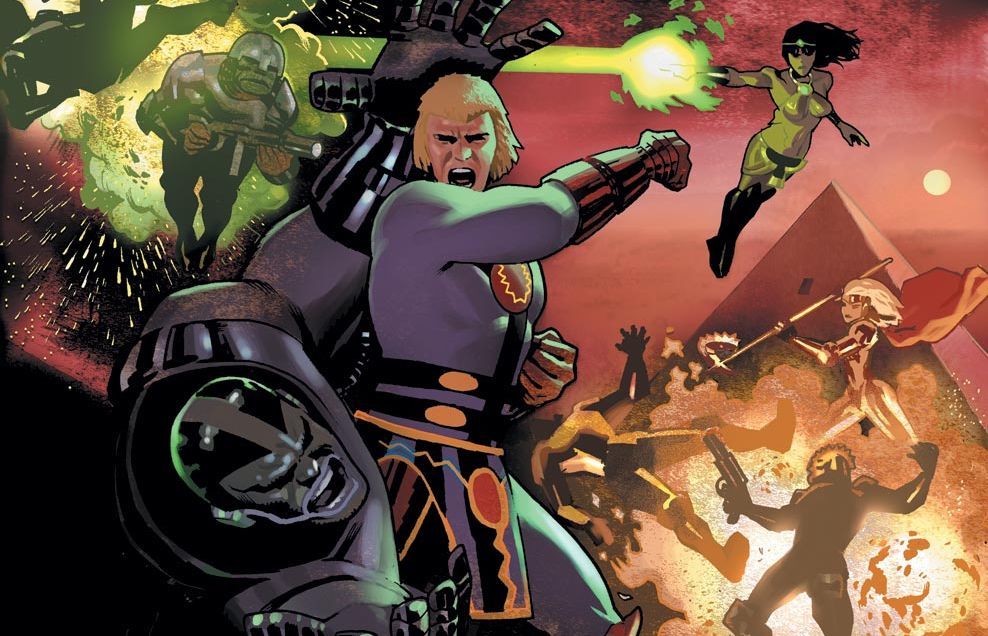 This fourth ongoing Eternals series came from writers Charles and Daniel Knauf, along with Fred Van Lente. Daniel Acuna provided memorable pencil art. In this short-lived comic, the Eternals are more intimately tied to the X-Men, with stories that crossed over with the mutant’s time in San Francisco. When the Dreaming Celestial awakens and towers over the mutant home city, it forces the Eternals to take action. Not one of the most well-known runs, and it only lasted eight issues and one Annual. But it is worth a read for sure.

Collected in Eternals: To Defy the Apocalypse.

Currently, Marvel has a new ongoing Eternals series, their fifth volume. But this one has yet to be collected. And there are other sporadic appearances throughout other Marvel Comics over the years. But if you want a real handle on these immortal heroes, then the preceding comics are the best place to start.