DOCTOR WHO's Next Series Will Be One Long Story - Nerdist

DOCTOR WHO’s Next Series Will Be One Long Story

The last time Doctor Who fans saw the Thirteenth Doctor, she was saying goodbye to two of the three members of the “fam” on New Year’s Day. Yes, Jodie Whittaker’s companions Tosin Cole and Bradley Walsh bid a fond farewell to the TARDIS. While we’ll miss Ryan and Graham, can’t wait to see what Thirteen and Yaz (Mandip Gill) get up to in series 13, with new companion John Bishop, who plays Dan Lewis. At this year’s San Diego Comic-Con @ Home, the three stars joined showrunner Chris Chibnall to discuss (or not discuss, as is usual) the upcoming series. And they weren’t alone!

But first! A teaser. And boy, the emphasis is on tease:

We definitely don’t get a lot from this, other than brief shots of all of our regulars. This might be because, as Chibnall revealed in the opening moments of the panel (which you can watch below), series 13 will be one long story, with each episode a different chapter. He said the pandemic had a lot to do with that. We knew last year that this season would only be eight episodes long, so a single narrative does seem to be the best way to handle that. 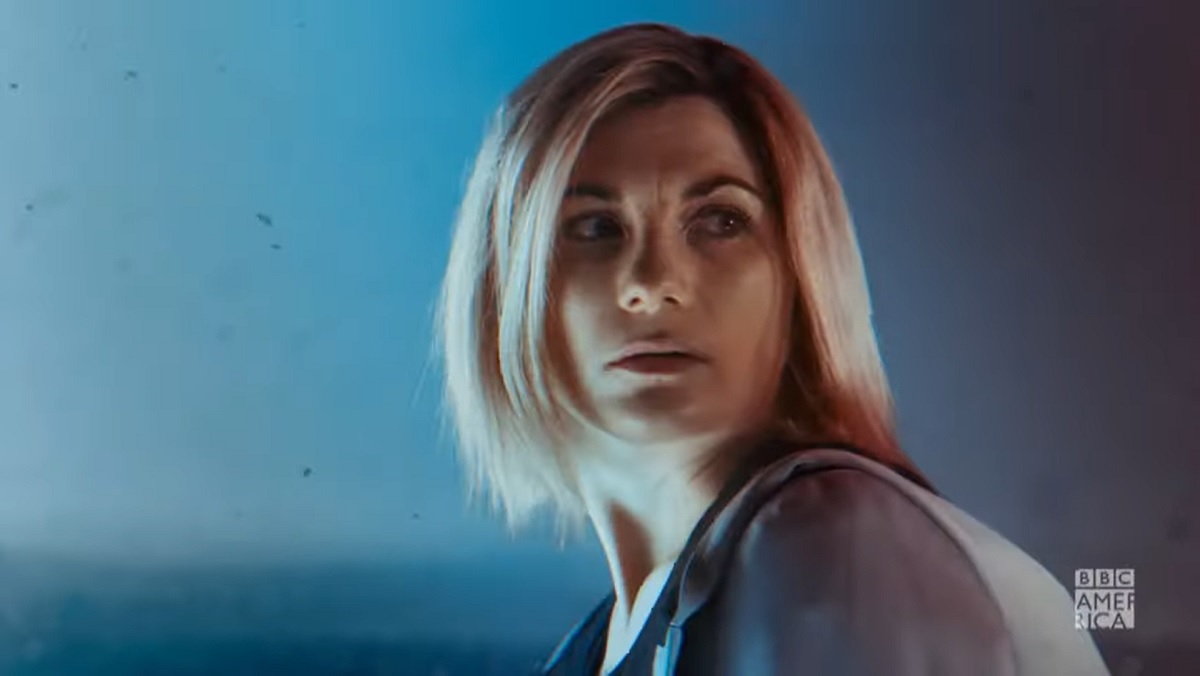 While a single-season narrative is new to the modern Doctor Who series, they have done versions of that in the classic series. The show’s 16th season had the overarching narrative of the quest for the Key to Time, though it still broke up its episodes into smaller serials. Same for season 23, which cased its four serials in an overarching narrative, “The Trial of a Time Lord.” Series 13 will find several recurring guest cast members throughout. 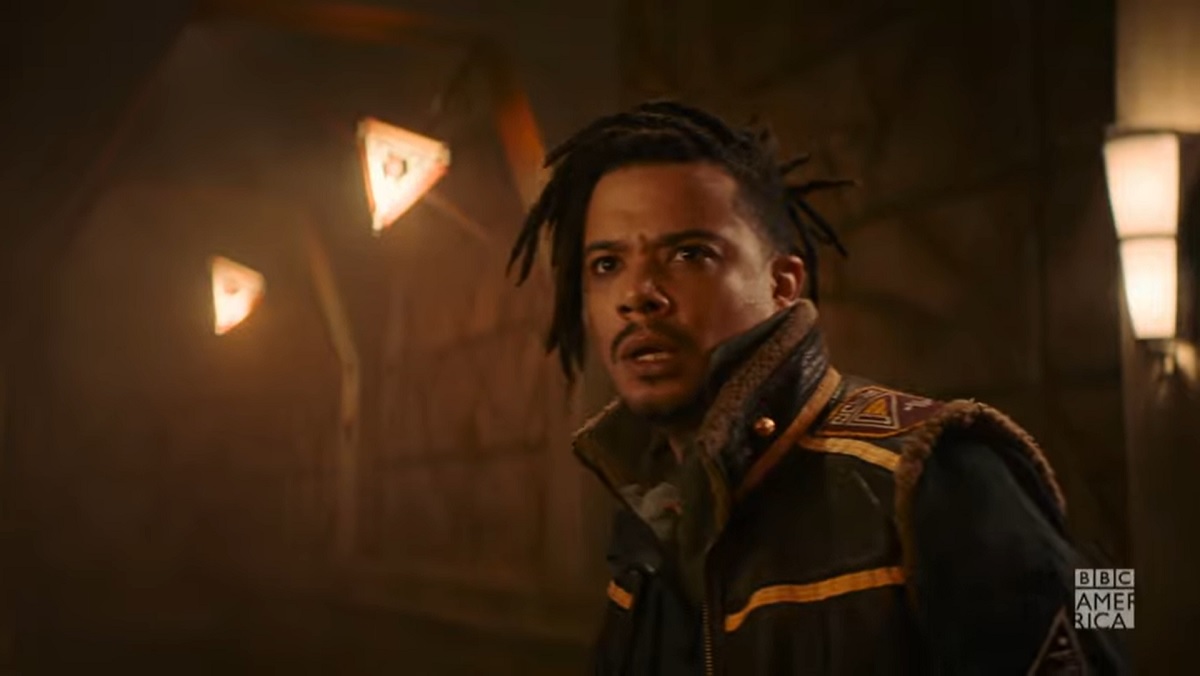 One of those will be Jacob Anderson as Vinder. You know Anderson as Grey Worm from Game of Thrones. His is the only new face you see (briefly) in the teaser; he was indeed the special guest star they alluded to in the lead up to SDCC. The actor left a video message for fans, in which he beamed about getting to be on board the TARDIS, and his own ship! He’s some kind of space hero, so that’s cool.

Some familiar monsters will also make a return, evidently. Wouldn’t be Doctor Who if at least one didn’t. Let’s just hope it’s not the Daleks. I’m kind of Dalek’d out, I have to say. But, have to wait and see (and speculate) because, as per, we don’t know a ton about series 13. We don’t even know when it will premiere. The ever popular “later this year” is all we know. But truly, just knowing more adventures of the Thirteenth Doctor are on the horizon is enough for us! 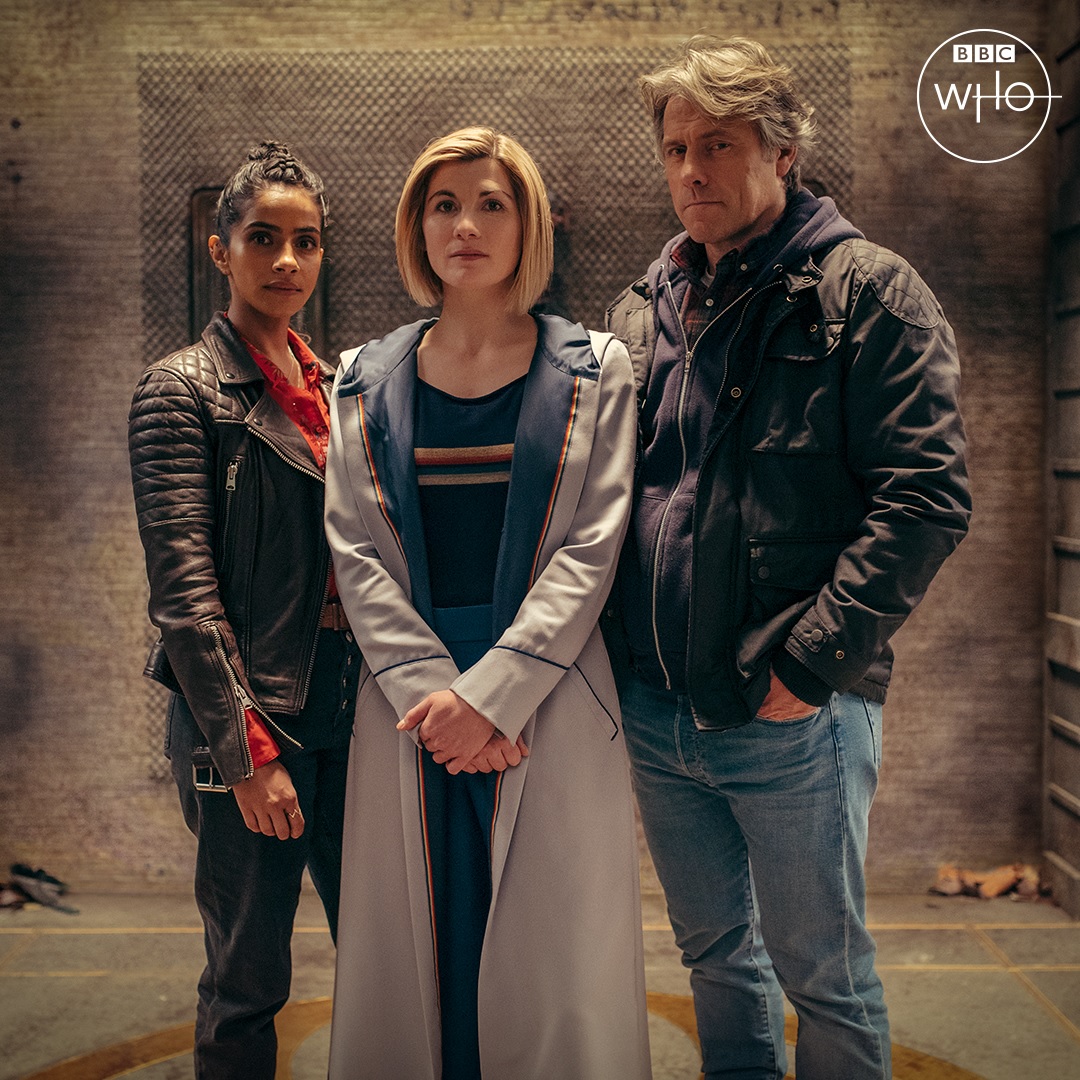