DOCTOR WHO Explores the Rich Complexity of Asexuality - Nerdist

DOCTOR WHO Explores the Rich Complexity of Asexuality

Pride Month is the perfect time to talk about Doctor Who‘s titular character, The Doctor, and their sexual identity. A growing number of fans read The Doctor as asexual, also known as “ace.” (An asexual person typically experiences little to no sexual desire/attraction towards anyone.) And because there are so many iterations of the same character, they represent different flavors of the ace spectrum.

Each regeneration comes with a new take on the same being. The way they express themselves varies according to that Doctor’s specific personality. It’s wonderful, though fictional, proof that there is more than one way to be sexy, to be ace, and to be queer. The Doctor, more than anything, is an explorer: a fundamentally important aspect of queerness.

Regeneration, Expressions of Aceness, and The Master Relationship 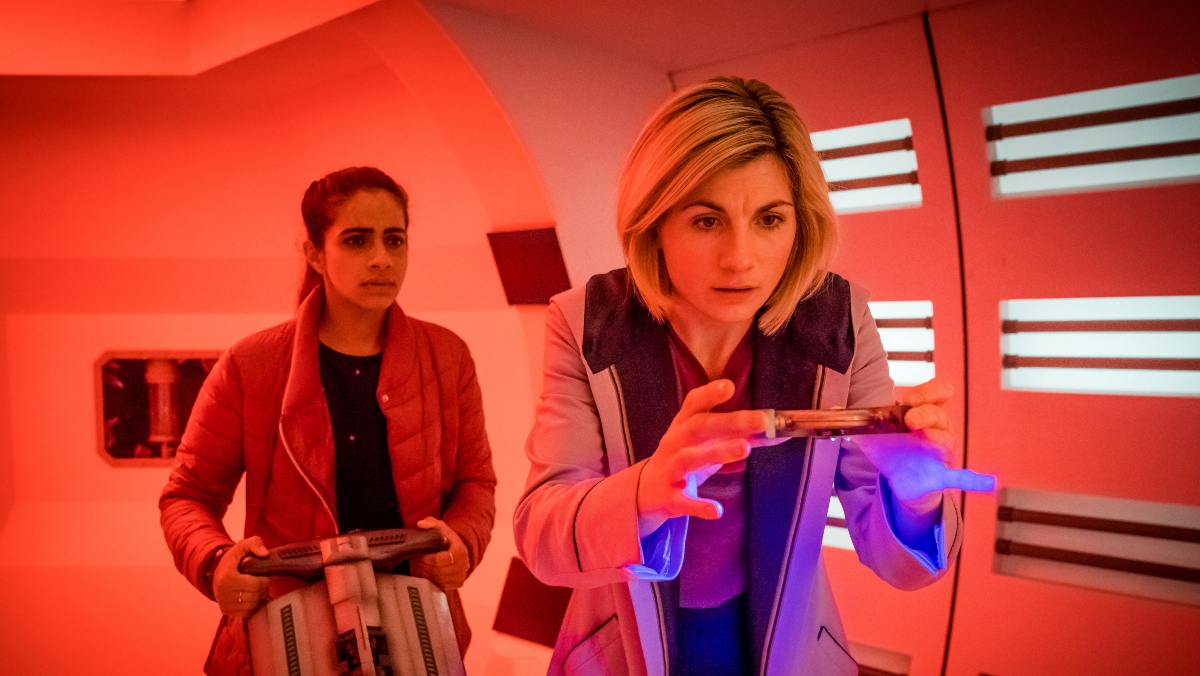 Sexuality shifts throughout a person’s lifetime. For Time Lords, even more so due to regeneration. The way they express their sexuality constantly changes, isn’t explicit, and can’t be fully understood in mere human concepts.

Although the evolution isn’t linear, each Doctor’s personality is essentially a response to their previous selves; they each show different and unique expressions of core values and traits. Similarly, almost all the Doctors read as ace; however, no two Doctors are the same, nor are their orientations. Their expression of aceness even fluctuates between different species. Their fraught relationship with other Time Lords, particularly The Master, is barely comparable to their asexuality toward humans.

The Doctor is often put at odds with The Master in a power struggle. Their initial interactions take on a subversive sadomasochistic subtext that the modern era made entirely textual. The first female Doctor having to kneel in front of a male Master is an entire bag of cats to unpack. But this scene made it clear that the Doctor/Master relationship has always had a sexual undercurrent. It is unlike anything that The Doctor experiences with anyone else.

Asexuality in Classic Doctor Who

While New Who Doctors can show repulsion, curiosity, or positivity about sex, Classic Who Doctors as a whole didn’t have an interest in it. The original run purposely avoids the idea of The Doctor’s sexuality, which makes sense considering its origins as a children’s sci-fi TV show meant for Saturday afternoon tea time. This overall ambiguity extends to The Doctor’s origins as well.

The revelation of the character as an alien didn’t surface until the end of the Second Doctor’s run; however, he was always otherworldly with intelligence far beyond the midcentury human. There are so many other things to do, planets to save, that sex isn’t interesting enough to warrant any attention.

The Doctor is more curious about causing or preventing catastrophe than hooking up with historical figures or aliens. However, the idea of romance is aboard the TARDIS from the start. It shows up through pairings like Ian and Barbara during the First Doctor’s run. We later see a similar attraction between Ben and Polly.

The Third and Fourth Doctors set the standard for the one-on-one Doctor and young female companion paring which became even more popular in the new era. But the Third Doctor is a patrician figure while the Fourth Doctor seems entirely oblivious to the opposite sex. For example, when speaking to the Countess in “City of Death,” he famously says, “You’re a beautiful woman, probably.”

The young and blond Fifth Doctor posed a question of how sexuality would play into the series going forward. And, the answer was a fairly blatant “not applicable.” Fans of the ’80s might be familiar with producer Jonathan Nathan-Turner’s infamous phrase, “There’s no hanky panky in the TARDIS.” 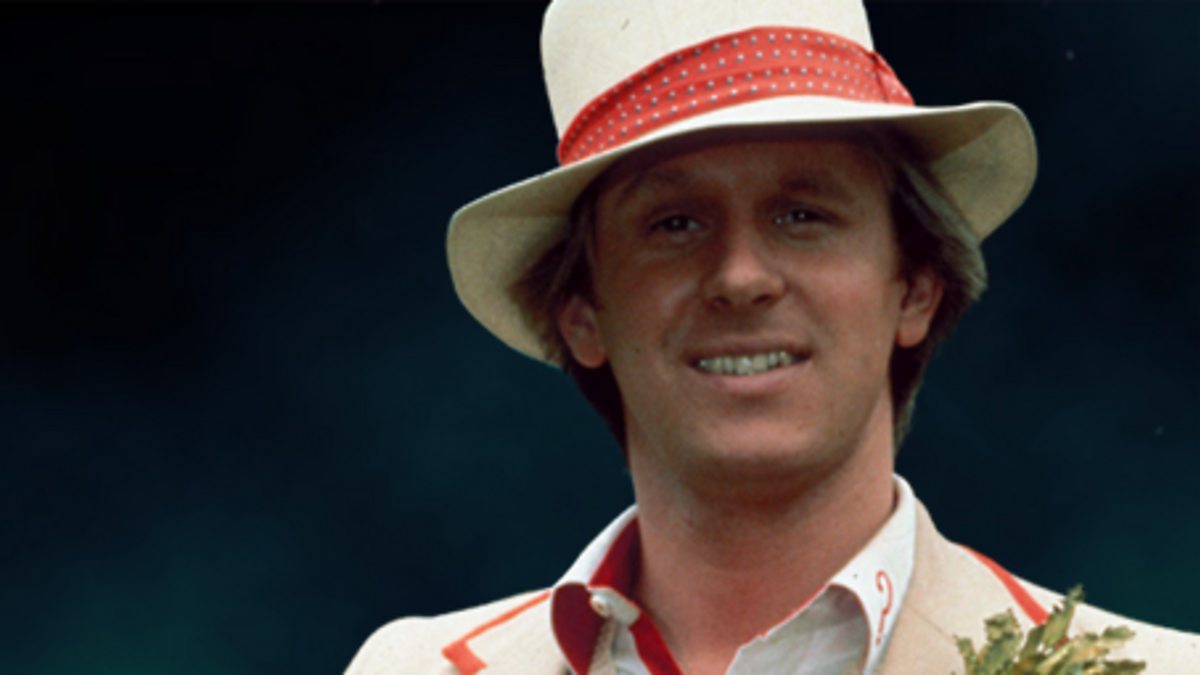 There are particularly special relationships with a number of companions in the Classic era like Jamie, Jo, Nyssa, Peri, and Ace. But the question of sexuality never came up within the show itself.

The Wilderness Years of Attraction

During the “Wilderness Years,” authorized Doctor Who novels detail Time Lord reproduction. This description includes the not-sexy-at-all combination of The Matrix and looms (breeding chambers where Time Lords are grown), thereby reinforcing the Doctor’s ambivalence toward sex. However, the explosion of deep lore Doctor Who content during this time also features audios of the Eighth Doctor in a famously complex romance with Charley. The character is essentially a precursor and blueprint for Rose.

The Big Finish audio Scherzo almost solely deals with the aftermath of Charley confessing her love for Eight. It highlights Eight’s reticence and inability to define his feelings. The Eighth Doctor is known as the “Romantic Doctor” and Byronic hero. But his unwillingness to actually engage in romance complicates this image and still skirts the issue of sex. This exploratory era set the stage for the show’s reboot while still leaving many questions open.

The new era of Doctor Who takes on modern soap opera elements, including more overt romantic storylines. Sex, including jokes and risque situations, is now a part of the show, a departure from the previous era where it was barely mentioned at all. Many of The Doctor’s romantic relationships with companions are tantalizing but not quite canon.

And the show never crosses the line into exploring explicit sexual relationships. Given The Doctor’s penchant for sticking their nose into anything even remotely exciting, sex still isn’t on the list. By including more explicit content, the series, either incidentally or on purpose, highlights reading the Doctor as ace.

The Ninth Doctor loves Rose but, with the aftermath of the Time War, could not explore a relationship with her. Considering this, it makes sense that he regenerates into the more humanistic, emotional, and sexualized Tenth Doctor. Ten is easily the incarnation who is most likely to be seen as allosexual (read: experiencing sexual attraction).

However, his dismissal of sex and romance actually reaffirms his aceness. It’s a pretty big contrast from, say, his human counterpart John Smith in “Human Nature” and “Family of Blood.” It’s possible that Ten is a variation on demisexual with interest in Rose only because of their tight emotional bond, and afterward not feeling that connection with anyone else.

Eleven especially plays into ideas of The Doctor as a potential boyfriend. He becomes a mythic romantic figure in Amy Pond’s life. In one of her early episodes, she attempts and fails to seduce him. An arc with his wife, River Song, goes into full swing during this era and a series finale is dedicated to their wedding. Throughout all this, though, Eleven seems fairly oblivious to sex and not particularly interested in exploring it.

While receptive to displays of passion, particularly from River, he never seeks them out. He does, however, like a good flirt, and his convoluted relationship with Clara is on the confusing border of not-quite-boyfriend and girlfriend. At one point, he poses very convincingly as her boyfriend for her family at Christmas. 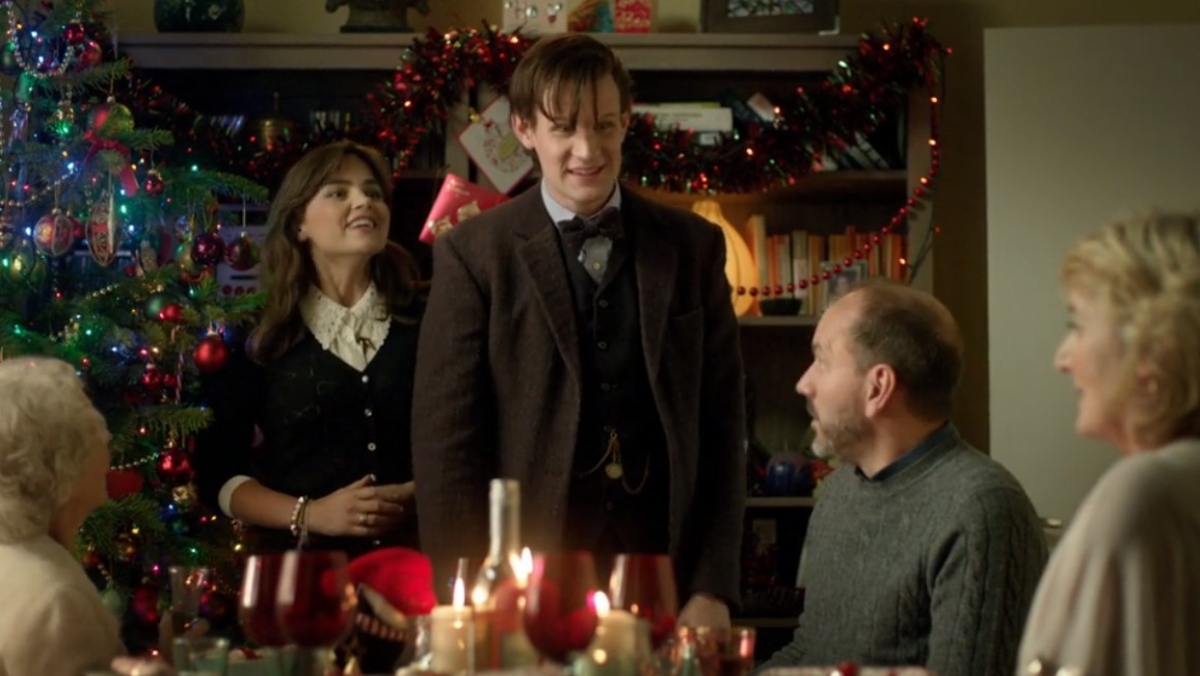 Twelve immediately rectifies this situation. Capaldi’s Doctor is initially abrasive and uncaring with little time for human emotions at all, let alone romance. He quickly establishes boundaries with Clara and sets a scholarly tone with Bill.

The conclusion of his relationship with River, specifically because she is framed as a romantic partner, reflects deep feeling and loss, and is perhaps another instance of demisexuality. Conversely, Thirteen wants to cultivate a family atmosphere. She spends time readjusting to her gender and seems unaware of Yaz’s growing feelings for her.

The Doctor appeals to many aces as proof that life can be active, exciting, and fulfilling without sex. They’re still attractive, loved, clever, and commanding…along with all the negative traits that make them a three-dimensional character. Fluid identity and queerness are an integral part of Doctor Who as a show and within its central character.

An Ode to SHADOW AND BONE’s Milo the Goat