How DOCTOR WHO Said Goodbye to Ryan and Graham - Nerdist

How DOCTOR WHO Said Goodbye to Ryan and Graham

Doctor Who’s New Year’s Day special may be called “Revolution of the Daleks,” but The Doctor’s formidable foe is far from the main focus. This pivotal episode zeroes in on the evolution of Thirteen’s fam after being separated from her for ten months. Yaz is more clever, Doctorish, and ready for further adventures than ever; however, Ryan and Graham decide to leave the TARDIS for their own Earth adventures. Thanks to media reports, fans already knew they would say their goodbyes, but no one knew how it would all go down.

Here’s how and why Ryan Sinclair and Graham O’Brien leave The Doctor:

A Time of Growth and Change

In the episode, Graham and Ryan visit the spare TARDIS (disguised as an ordinary house) to check on Yaz. She’s been doing extensive research and desperately trying to find out what happened to The Doctor. Yaz firmly believes she’s alive while Graham and Ryan seem to have accepted Thirteen’s presumed death. They gently try to nudge Yaz to move on with her life but she refuses to budge.

Later on, Jack and Thirteen arrive in flashy fashion to greet the fam. But the reception is anything but warm, especially from Ryan. Yaz is openly emotional and Graham is even-keeled; Ryan is quietly upset bordering on nonchalant. It’s a reaction that makes sense for him for a few reasons. He has been through a lot of emotional strife after losing his mother to a heart attack at a young age and being abandoned by his father. 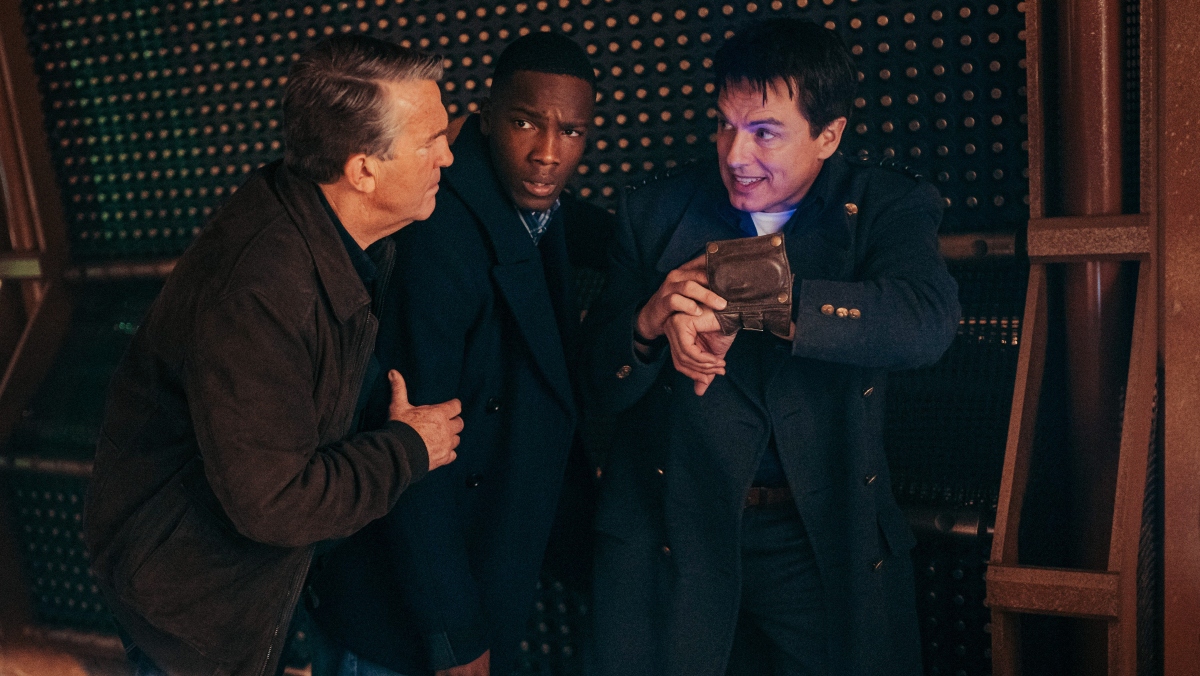 Plus, his grandmother Grace also died right when he met The Doctor. Ryan loses people he loves in traumatic ways and likely shut his feelings off to preserve himself. In a way, he probably felt the same pain of abandonment by The Doctor that he felt by his father, even if she literally had no choice due to her imprisonment.

Ryan and Thirteen later have a private chat to smooth over the brewing tension. Ryan gives an update on his life, saying he’s kept in contact with his father and reconnected with his friends. He hints that there is a lot of work to be done on right there on his home planet. In the midst of fighting Daleks, Thirteen tries to come to terms with the time she lost with her fam but still hopes they can move forward.

But when all is finally well and Thirteen gears up for a new adventure, Ryan puts the breaks on the fun immediately. He explains that he will not come along, which surprises everyone except The Doctor. Ryan explains why he wants to stay:

“I think I’m going to stay here. Me mates need me. And I know this sounds stupid, but I feel like my planet needs me. You got to fight for it, right? Look Doctor, before I met you I didn’t know what I wanted to do with me life. And now — now I know.” 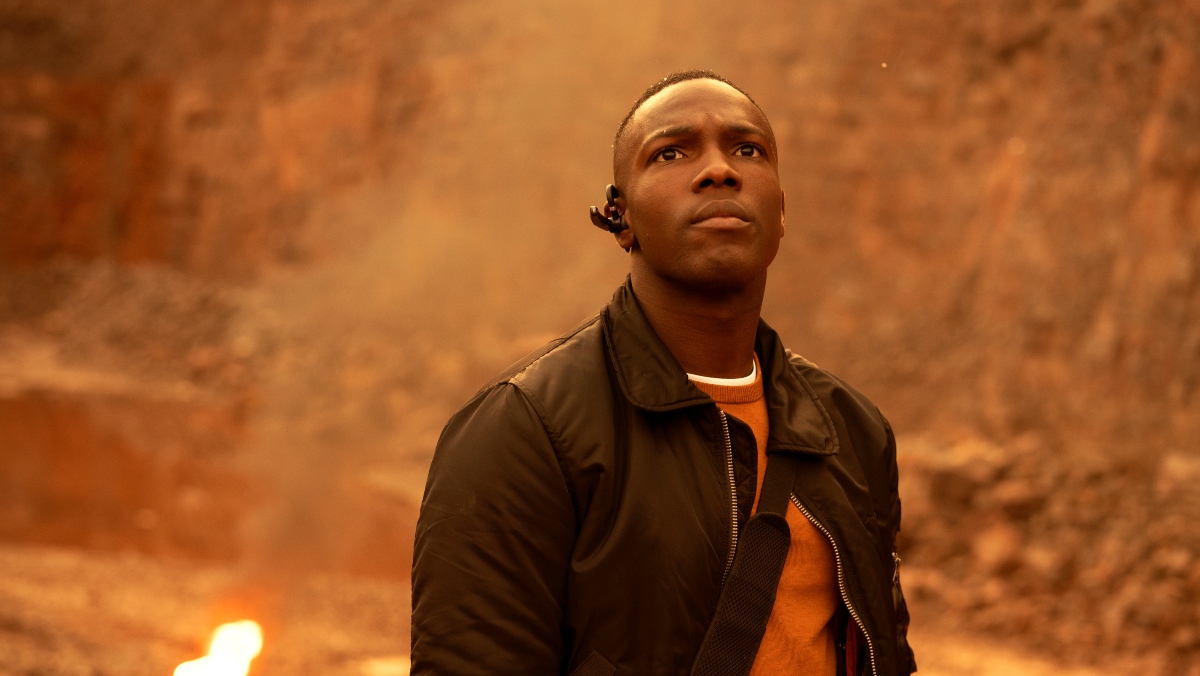 Ryan and Thirteen quickly embrace each other. His statement and reason for leaving is a big and bold decision. It’s pretty rare, particularly in Doctor Who’s modern era, for a full-time companion to leave on their own volition. Usually, they go through pseudo-deaths or have to be literally ripped away from The Doctor in some shocking way.

So, it’s nice to see Ryan choose to leave and pursue his own adventures. Perhaps he will one day find employment with UNIT’s staff or link up with the Torchwood gang considering his time-traveling qualifications. Or maybe Ryan can be a freelance alien hunter like Martha and Mickey. For now, The Doctor armed him and Graham with their own psychic paper to aid their investigations.

A big conundrum in this episode is Graham’s “decision” to also leave. At first, Graham is hype about the next adventure and seeing more in the universe. But he quickly changes his mind after Ryan decides not to go. He has no firm reasoning of his own outside of wanting to simply be around Ryan.

Graham is probably afraid he will die on an adventure and leave Ryan alone. This isn’t totally true, considering Ryan has his biological father and his mates. Graham has also felt responsible for Ryan’s well-being after Grace’s death, which left them broken. The duo began to form a closer relationship during their TARDIS travels and may have gotten closer during The Doctor’s ten-month absence. 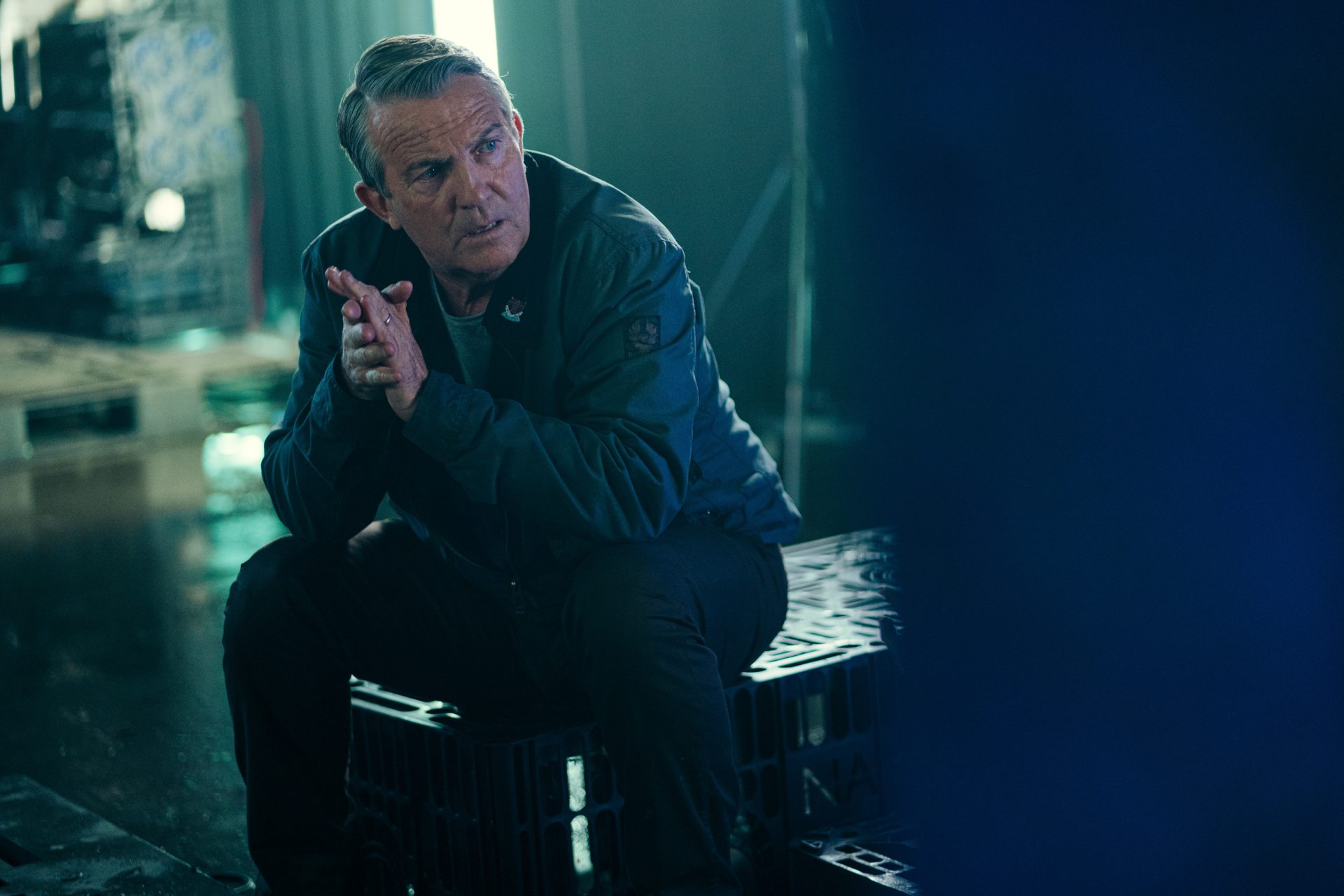 But this still doesn’t mean that Graham must go wherever Ryan goes. Yes, it makes sense considering how Graham’s life is very wrapped up in (now ghost) Grace and Ryan; however, Graham does need to give Ryan a chance to live his own life. Ryan didn’t initially object to Graham’s decision but he also didn’t seem to happy about being a twentysomething living with his step-grandfather. Maybe one day Graham will set off on his own individual path in the world. Either way, Thasmin fans are happy that this duo will get more intimate time together. Oddly, Doctor Who is adding another companion in Season 13 who seems very Graham-like. This further proves that Graham honestly should have went along for the ride.

Graham tells everyone that Ryan is his family and admits he has also changed in many ways. The pair come in for a fam hug before walking out of the TARDIS, completely okay and heading into the next chapter of their lives.

In the end, Graham continues to help Ryan learn how to ride a bike. They get wind of weird things happening in Finland and Korea and decide they will make their way there soon. Their final onscreen moments center Ryan, so it’s clear he will be the leader of their adventures. It’s a potentially fun setup for some future Big Finish Audio stories of what they do next. And who knows—maybe they will return sooner than fans think for one last assist whenever Thirteen’s era comes to an end.

Farewell, Ryan and Graham. May your psychic paper and alien fighting knowledge help you defend Earth.

TAGGED: Doctor Who, Revolution of the Daleks