Star Wars LEGO is always sure to get a ton of attention when it comes to pop culture-inspired set themes. But, there are other intersections between brick and flick that are growing just as intriguing and popular. Like one of the more popular releases, this Friends themed set. And now, we can add the new batch of a dozen Marvel Studios Minifigures below. Each minifig captures the likenesses of everyone from Loki to Zombie Captain America. 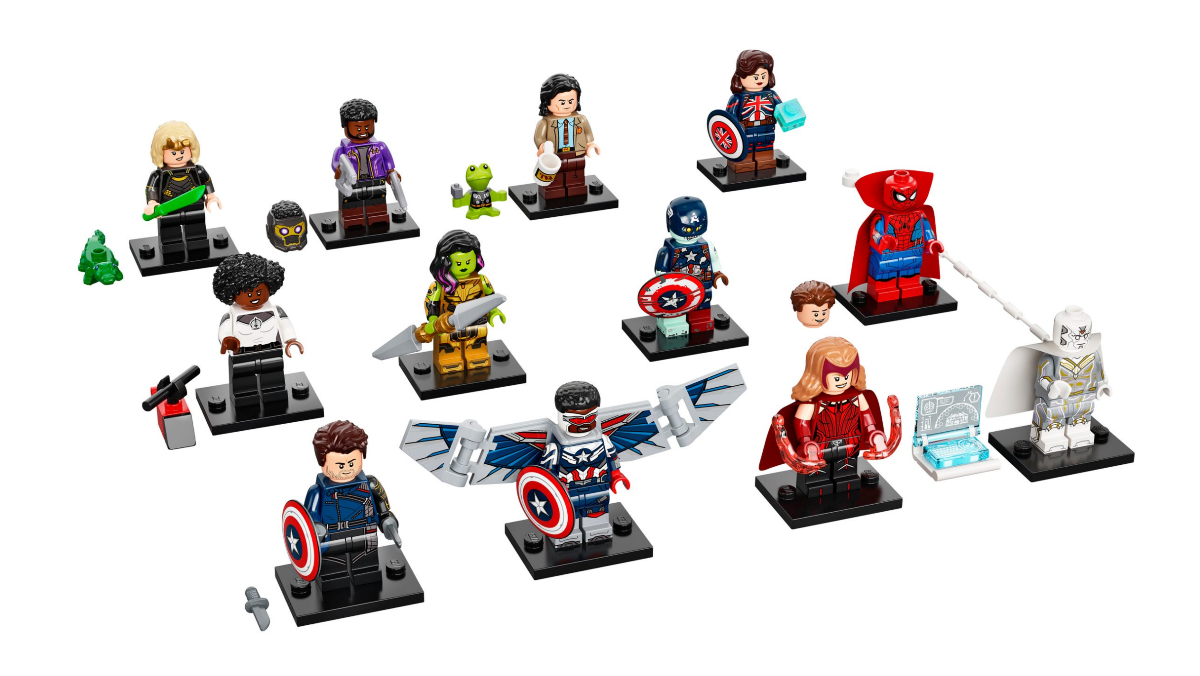 ComicBook.com reported on LEGO’s new Marvel Studios minifigures, which will be available in individual $5.99 “mystery” bags. The so-called mystery bags don’t allow buyers to see which minifigures they contain.  Since you can’t really tell which minifig you’re buying, it can take a few extra bags, some duplicates, and even some trading, to complete the set. (Well played, LEGO.)

Mystery bags aside, all of the new Marvel Studios minifigures look meticulously detailed. And definitely unique enough to stand apart from little LEGO people from any other theme. Especially Falcon with his winged armor and badass goggles. 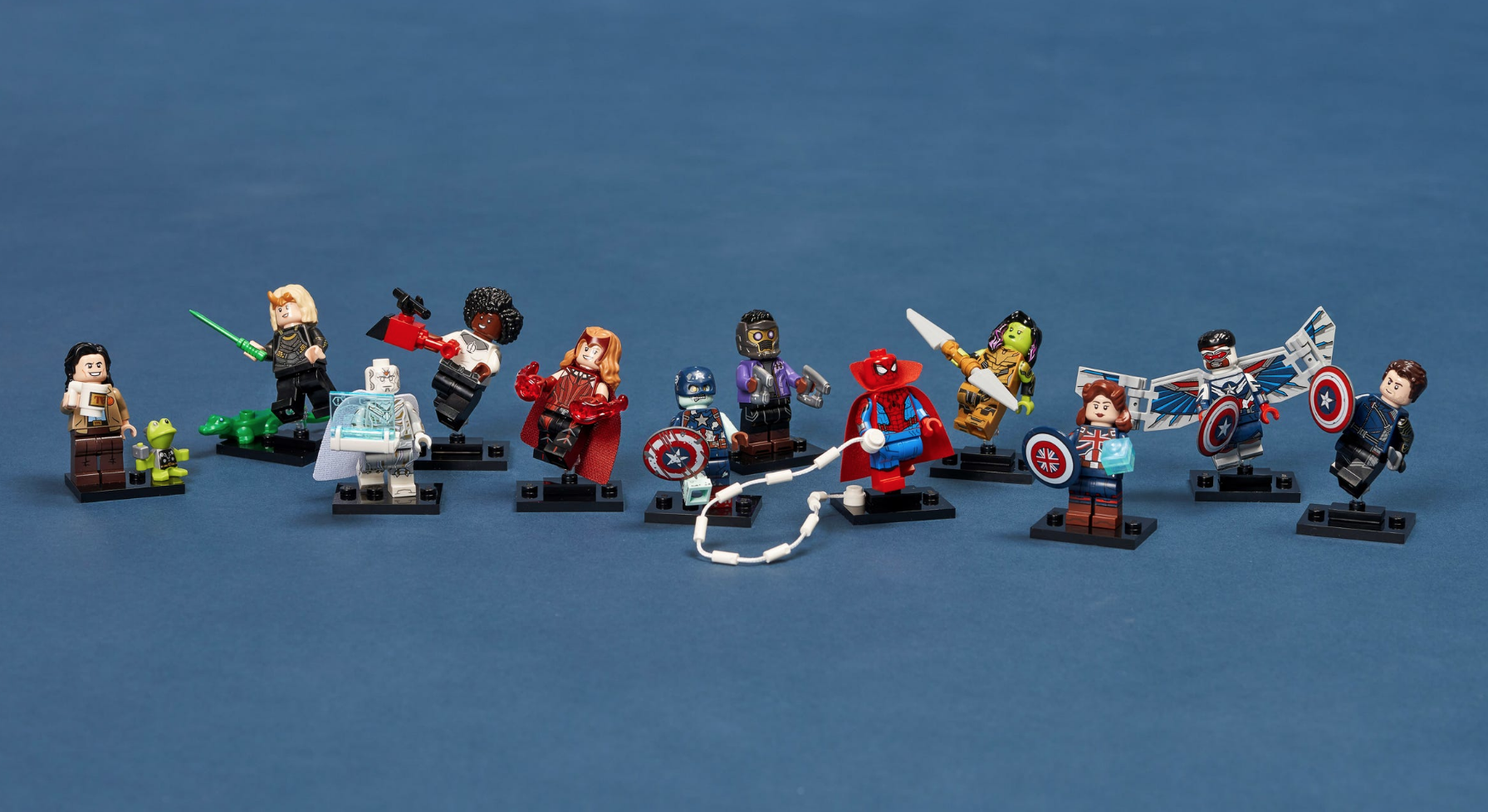 In total, 12 minifigures are coming from four of the Marvel Studios Original series: WandaVision, The Falcon and the Winter Soldier, Loki, and What If…? Amongst the minifig crew is everyone from The Scarlet Witch and The Vision to T’Challa Star-Lord and Gamora with the Blade of Thanos. As ComicBook notes, the dozen minifigures also include Frog Thor (Throg) and Alligator Loki from Loki, amusing nods to the show’s fourth and fifth episodes. (Note that Throg and ‘gator Loki are not minifigures, but rather small, singular pieces.)

As for specifics, LEGO says it’ll be releasing a dozen minifigures on October 1 of this year. Which, in LEGO time, is essentially 14 bazillion years. If you simply must scratch that Marvel-laced LEGO urge, there are plenty of avenues in the meantime. You can build Spider-Man’s Daily Bugle building, for example. Or a LEGO Infinity Gauntlet. Although choosing which to purchase amongst the two is a hard choice and will require THE STRONGEST OF WILLS!