Prepare to call for Jedi backup, brick heads, because LEGO has just announced an Ultimate Collector Series (UCS) build-and-display model of a Republic Gunship from Star Wars. The jumbo set, which joins other UCS sets, looks like a real winner, and comes to market thanks to LEGO fans’ insistence it happen. Also, when we refer to “Jedi backup” in this instance, we mean a new line of credit because the set’s $350.00. 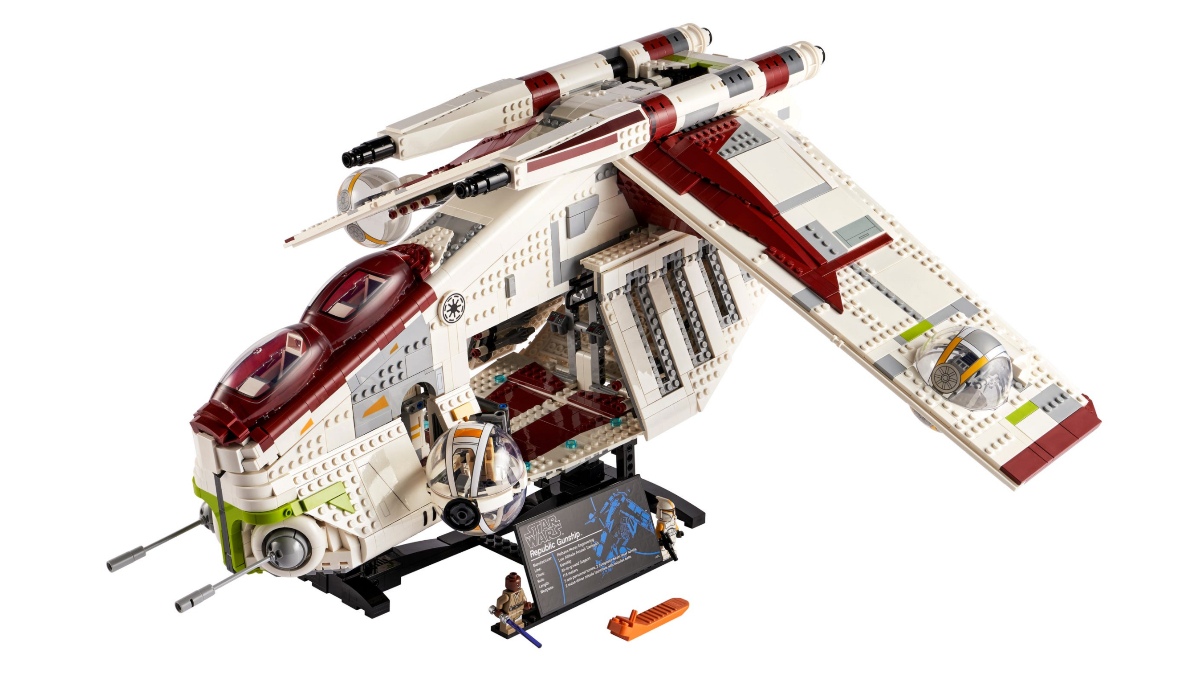 LEGO announced the new set with an unboxing video from YouTuber, Fan David Hall. Hall, a.k.a. Solid Brix Studios, unboxed the set on camera without knowing what it was going to be. In the video (immediately below), we watch as Hall tugs the huge LEGO box from its larger cardboard one. “Wow. It’s even better in person,” is all Hall can say when he first sees the set.

As for the details, this set is a genuine beast. Compared to the Gunship set from 2013 this set has 2,117 more pieces. And the set from 2013 is itself quite large. (Incidentally, the 2013 set costs twice what this one does on Amazon. Something we mention because buying LEGO is apparently a good investment?) 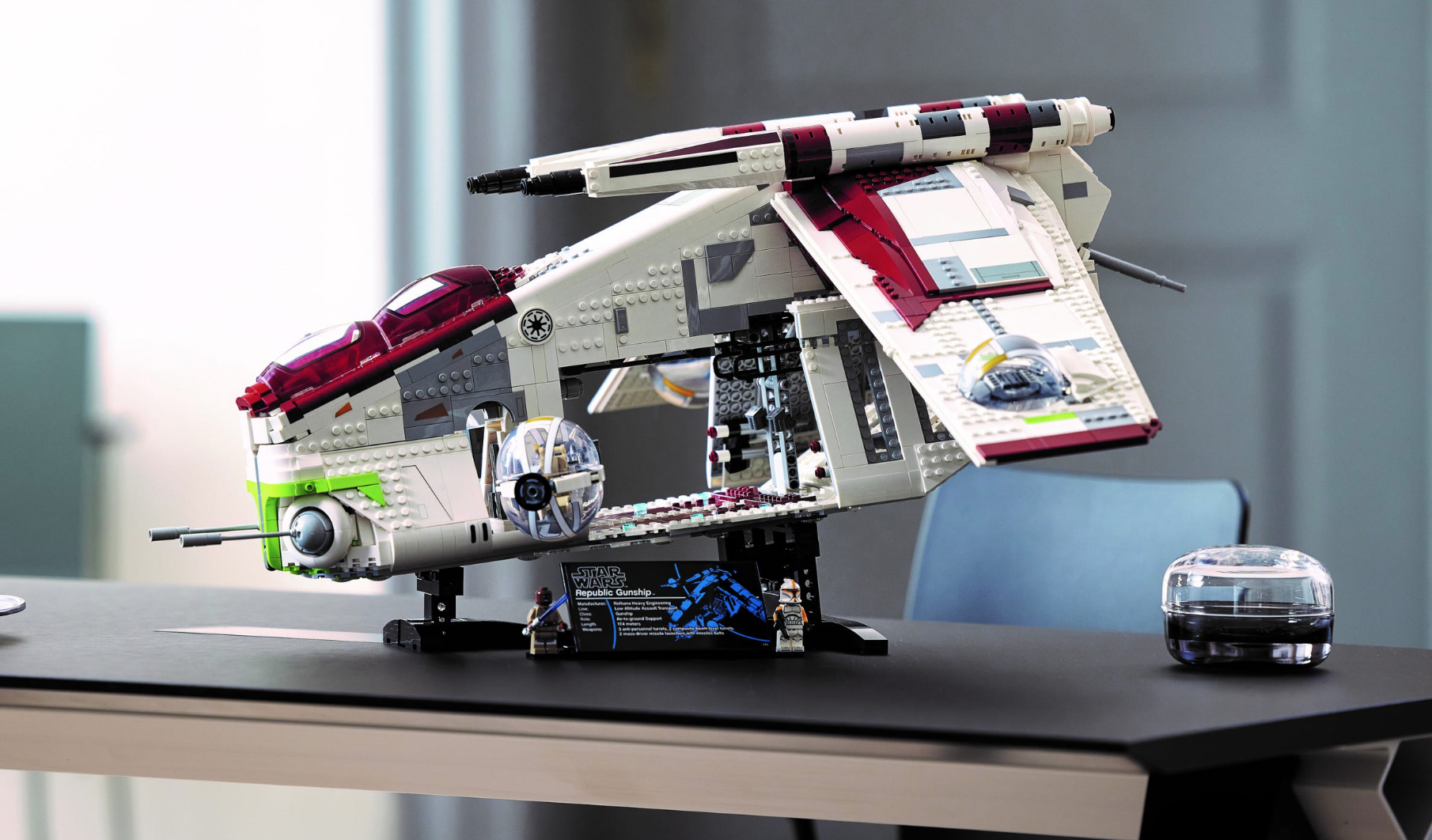 The Gunship also includes pilot cockpits, swing-out spherical gun turrets, two cannons on top, super-long wings, opening sides, a rear hatch, and interior details. The set is also, of course, minifigure-scale; meaning if little LEGO people built themselves a real Gunship they could use, this would be it. Although minifigure Clone Trooper Commander and Mace Windu would have to face off, as they’re both included in the set. 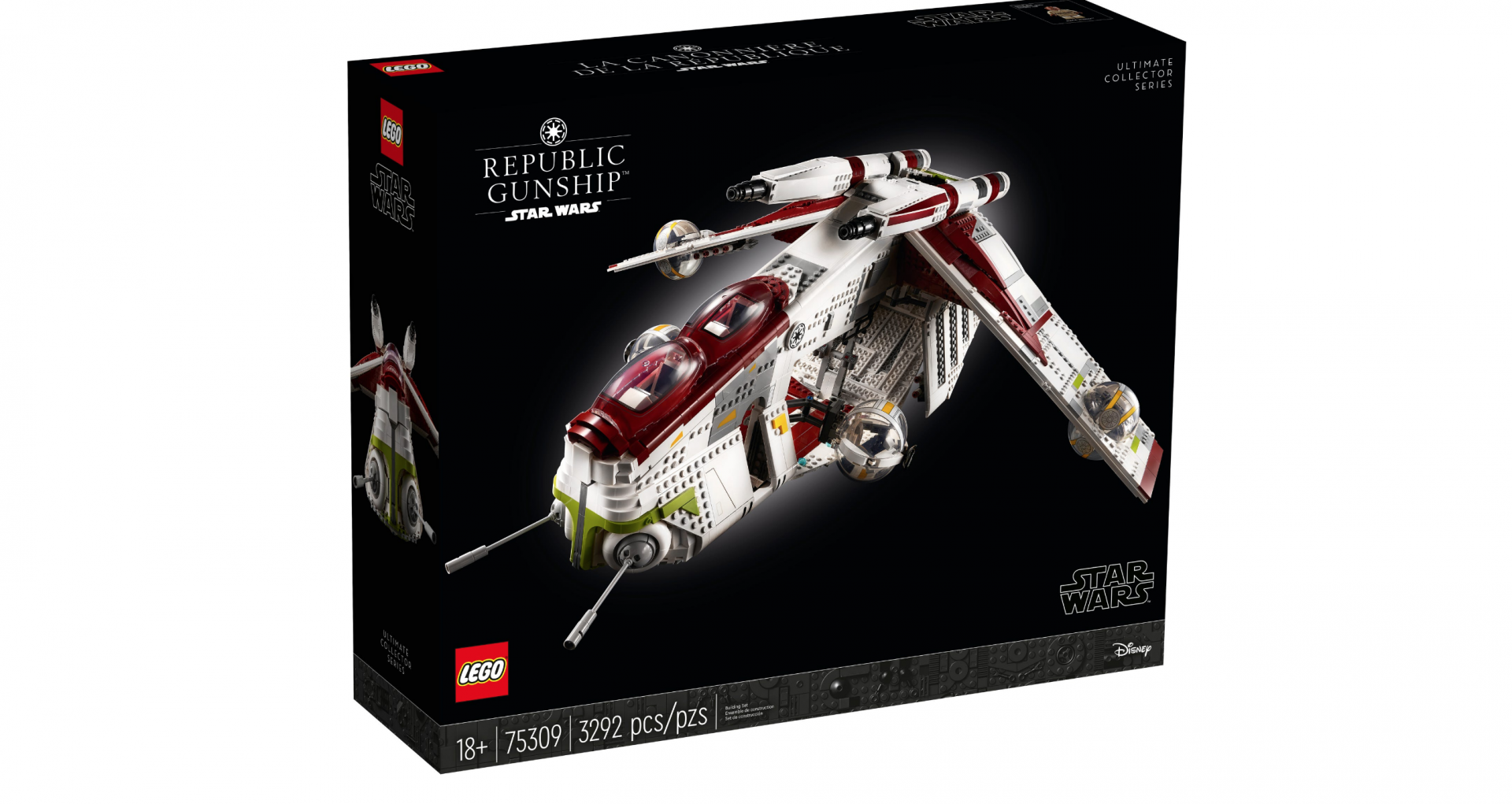 There are obviously tons of other Star Wars LEGO sets out there that don’t cost an arm and Luke’s hand. And that you won’t have to wait until August 1 of this year to order. Including a bust of Darth Vader’s head, as well as a bunch of podracers. Although, on second thought, the latter set is no longer available. And that probably means you’ll need more “back-up” if you want to get it off eBay.