The Wonder Girl coming to The CW’s DC Comics universe looks to be a brand new take on the Amazonian superhero. Earlier this week, Deadline described the character, named Yara Flor, as “a Latina Dreamer who was born of an Amazonian Warrior and a Brazilian River God, who learns that she is Wonder Girl.” Of course, longtime comic book fans might be scratching their heads, as this is a totally non-comics-based version of the character.

In the comics, Wonder Girl has taken a few different forms, including a younger version of Wonder Woman, as well as the Teen Titans’ Donna Troy and Cassie Sandsmark. But hold the phone—just a few weeks ago, DC Comics announced that a “future Wonder Woman” named Yara Flor would debut in their Future State event, which as the name suggests, takes place in the future. Future State’s Wonder Woman issues are coming from Catwoman creator Joelle Jones. 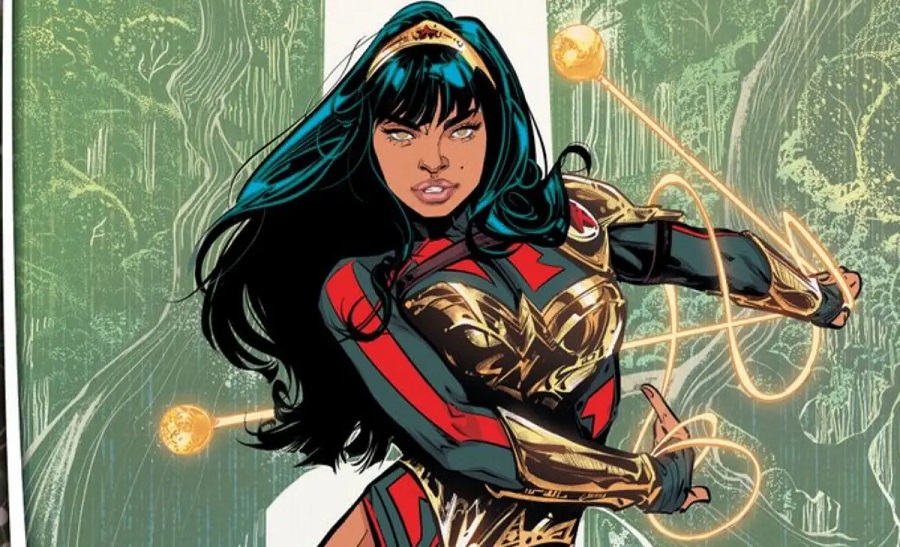 From all appearances, it looks like the new Wonder Girl was created for television but will get her chance to appear in the comics first. If we were to venture a guess, we’d say that a lot of the character details will be developed by Joelle Jones for the comics beforehand. Yara Flor continues a long tradition of DC characters created for other media, only to preemptively make their debuts in the comics first. Let’s have a look at other prominent members of this exclusive club. 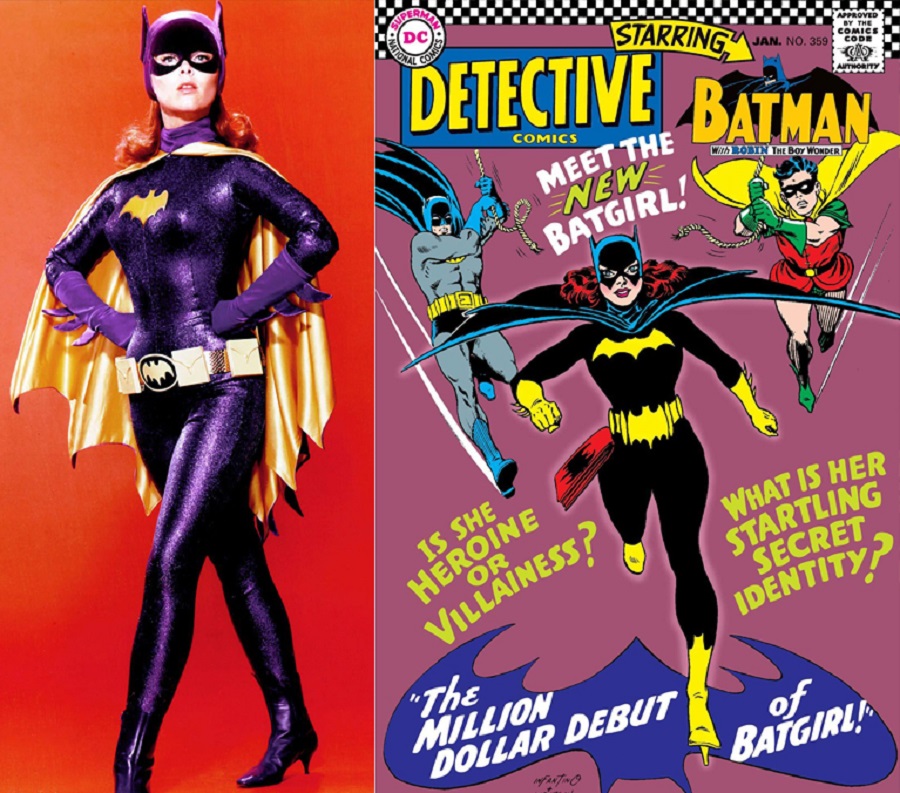 Barbara Gordon is maybe the earliest example of this kind of corporate synergy. In 1966, the Batman TV show was a pop culture phenomenon. Because of the popularity of Catwoman, the producers wanted to introduce a new female character on the show. Under this directive, DC editor Julius Schwartz developedthis new heroine, and introduced her into the comics. It was the show’s producer William Dozier who suggested that she be the daughter of Commissioner Gordon. When Dozier saw artist Carmine Infantino’s early concept artwork of the new Batgirl during a visit to DC’s offices, that sealed the deal. Batgirl debuted in January of 1967, several months before her TV debut. But without the TV show, Babs does not exist. 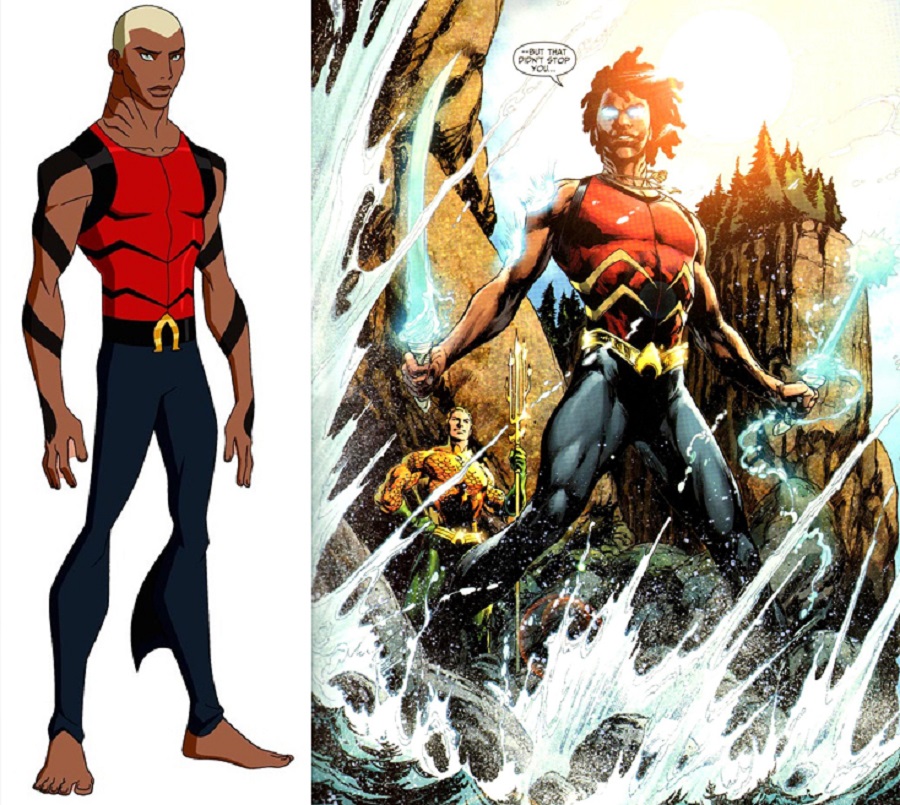 For decades, an underwater superhero named Aqualad serves as Aquaman’s teenage sidekick. But in the ’90s, he grew up and became the adult hero Tempest. In 2010, a new Black version of Aqualad named Kaldur’ahm was created for the animated series Young Justice. Fans caught their fist glimpse of him in early promo art for the series, months before the show made its Cartoon Network debut.

Brandon Vietti, Greg Weisman and Phil Bourassa created the Atlantean hero for the TV series. But DC writer Geoff Johns saw early designs for the character, and reimagined him as teenager Jackson Hyde for the comic book series Brightest Day. Aqualad made his comics debut mere months before the first episode of Young Justice aired. But without a doubt, his origins were in the animated series. 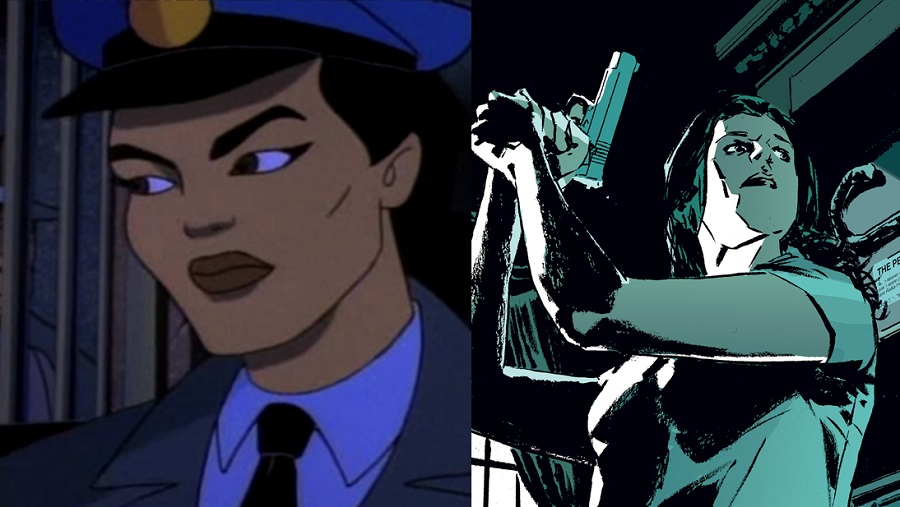 Batman: The Animated Series producers Bruce Timm, Paul Dini, and Mitch Brian first dreamt up Dominican Gotham City police detective Renee Montoya for the series. But that show took a couple of years to develop before it first aired in the fall of 1992. Subsequently, many writers at DC learned that the character was coming. So they preemptively introduced her in the pages of Batman in March of that year, a full seven months before the show debuted.

Montoya maintained a recurring presence on the show. But in this instance, the comics deserve credit for really fleshing her out. She became an LGBTQ character, and later a superhero herself when she assumed the mantle of the Question. She eventually took live-action form, first on Gotham, and most recently in Birds of Prey ( played by Rosie Perez). But she simply wouldn’t exist without Batman: The Animated Series.

Of course, there are also many characters who debuted in other media first at DC. Many who became so popular on film and television that the publisher had no choice but to incorporate them into the comic book mythology. Here are the most prominent of those characters. 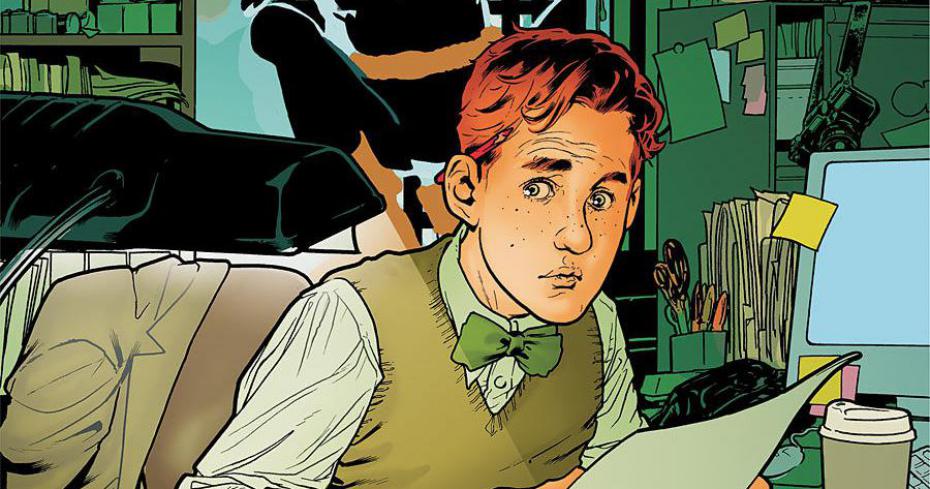 He’s world famous as Superman’s best friend and fellow Daily Planet employee, and has appeared in comic books since 1941. But he didn’t appear first in the comics at all. Young Mr. Olsen actually made his debut on the radio show The Adventures of Superman on April 15, 1940. This was well over a year before the comics would adopt him. There are some who try to retcon a nameless cub reporter in a bowtie from Action Comics #6 in 1938 as Jimmy, but there’s just no proof for that. In this instance, radio gave birth to the comic book star. 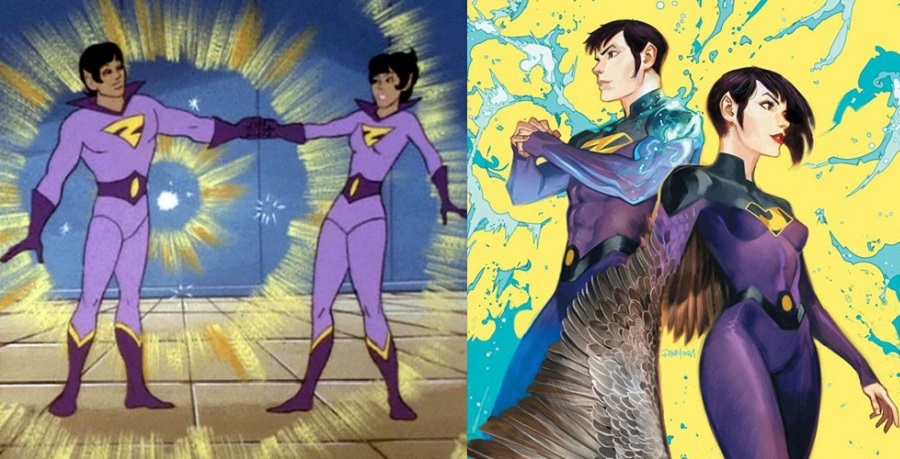 Created by Hanna-Barbera as teenage sidekicks for the animated series Super Friends, the alien siblings Zan and Jayna from the planet Exxor could turn into liquid forms or animals, respectively. Their chant of “ Wonder Twin powers—Activate!” remains ingrained in the minds of Gen Xers to this day. But in the ’90s, they eventually made their way into mainstream DC Comics continuity in the Justice League spin-off Extreme Justice. Most recently, they starred in a solo series by writer Mark Russell and drawn by Stephen Byrne, which debuted in 2019.

Harley Quinn and the Ladies of the DC Animated Universe

Could there ever be a better example of a character created for non-comics media who nevertheless became one of comics’ biggest icons? Bruce Timm and Paul Dini created Harley Quinn to be a “clown girl” sidekick for the Joker for just one single episode of Batman: The Animated Series. She became so popular that they used her again and again. By 1999, she found her way into proper DC Comics continuity. And the rest, as they say, is history. But although Harley is the most famous DCAU crossover act, she’s not alone. Superman: The Animated Series villains Mercy Graves and Live Wire were also eventually folded into the comics as well.