Slowly but surely, the world is starting to get back to normal. Thanks to mass vaccinations in the U.S., live events are starting to return. One of those events was the first packed-to-the-rafters rock concert held at Madison Square Garden since the pandemic began. The venue had the honor of hosting a fully vaccinated audience for the first full-capacity show with the Foo Fighters. The concert, called Rock & Roll Returns to the Garden, took place on June 20.

Thanks to YouTuber Jim Powers (via Laughing Squid) we’ve learned that Foo Fighters frontman Dave Grohl brought a guest on stage for this special night. And it was none other than comedy legend Dave Chappelle, singing a cover of the Radiohead classic, “Creep.” Pretty sure no one in the crowd saw that one coming. You can watch the full video of Chappelle’s special appearance right here.

Chappelle was in New York City for his own event at Radio City Music Hall, which took place just a few days before the concert. The Tribeca Film Festival premiered Dave Chappelle’s new documentary This Time, This Place, which covers the extremely challenging 2020. Chappelle’s film focuses on a rural town in Ohio during the earliest days of the pandemic and the subsequent Black Lives Matter protests and rallies that happened at the same time. Many notable guest stars appear, like Ghostface Killah, Q-Tip, and more. 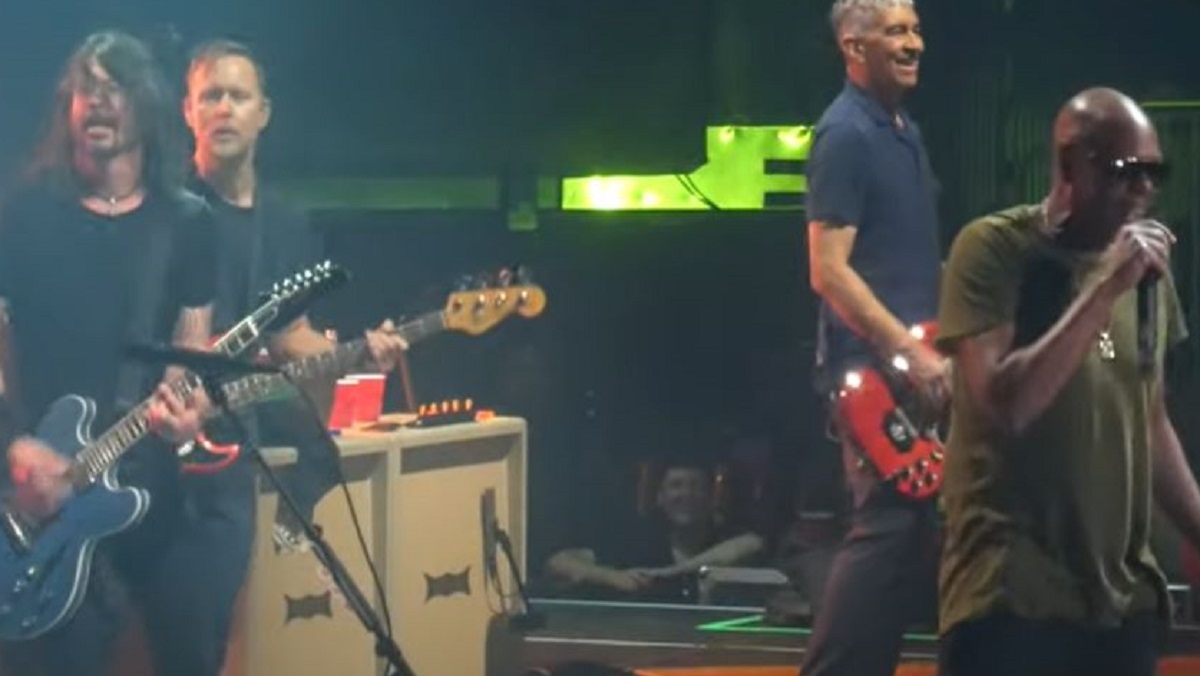 Like the Foo Fighters show, Dave Chappelle’s big premiere was also filled to capacity. Something which can only happen now thanks to New York City lifting all COVID restrictions. Chappelle hosted the Saturday Night Live episode where Foo Fighters appeared as the musical guests, in case you forgot how these guys all became buddies. Here’s hoping this professional partnership extends into the future. Let’s just make Dave Chappelle an honorary Foo Fighter already!