Medieval Cover of Radiohead's 'Creep' Is So Very Special - Nerdist

Medieval Cover of Radiohead’s ‘Creep’ Is So Very Special

YouTuber and maker of “bardcore” music, Hildegard von Blingin’, created a medieval version of Radiohead’s hit song, “Creep,” and it is hauntingly brilliant. And also kind of hilarious because of all the “thee’s” and “thou’s” that have been newly inserted into the song’s lyrics.

Von Blingin’, a mysterious musician who makes music “for the discerning clergyman, noble, or muck-gathering peasant,” says he has presented here “a morose tune that perhaps we all can relate to.” He adds that “Some of us float like a feather, but at some point or other, we all feel like the creep in the corner.” 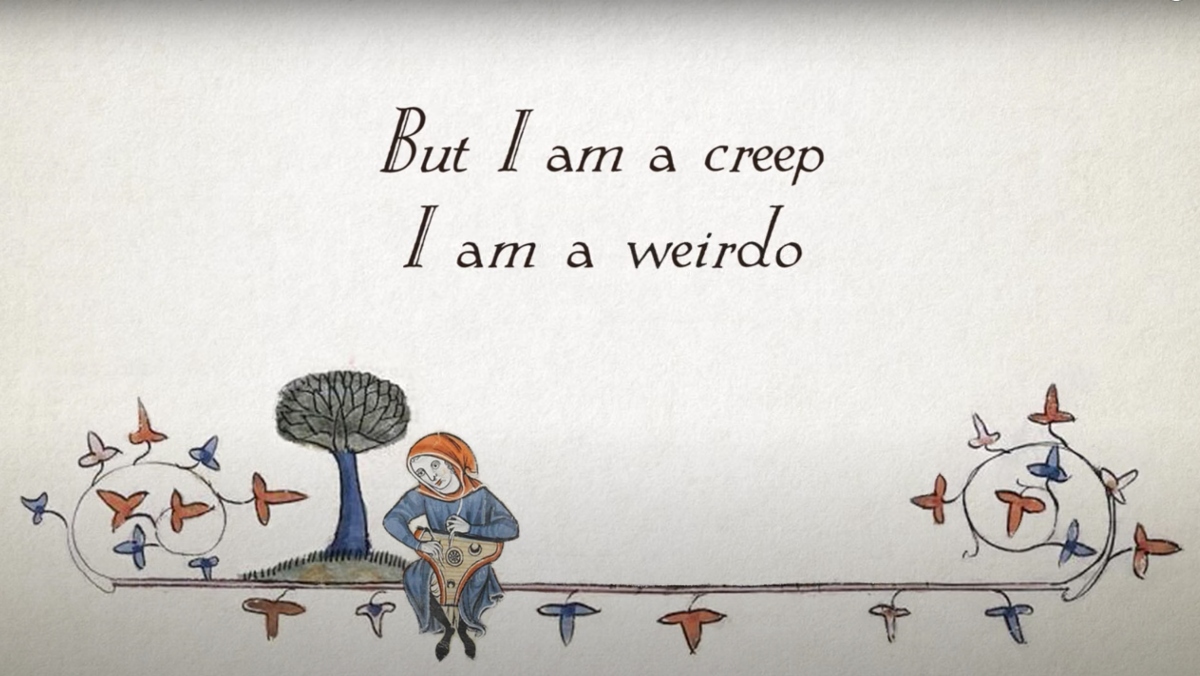 Because the lyrics haven’t been changed significantly, the song does indeed still retain its morose tone. (Raise your hand if you also listened to this song on repeat in high school after getting a C in Chemistry.) Although the track does, of course, mention that “Thou’rt so very special,” which is probably true—at least according to thou mother.

For those who really love this medieval version of “Creep,” and are looking for more bardcore jams, you’re in luck: Von Blingin’ has a handful of other really old school covers. The musician’s cover of “What Is Love” by Haddaway is particularly catchy, and can be watched below. Although this track will get stuck in your head. Thou has’t been warned.

What do you think about this medieval cover of Radiohead’s song, “Creep”? Are you completely down with this bardcore jam, or would you prefer to keep your moody music unsullied? And if you do dig Von Blingin’s work, which song would you like to see the artist transform next? Give us thou opinions in the comments!