THE MUPPETS' Waldorf and Statler Get Their Comeuppance on SNL - Nerdist

No one likes a heckler. Not even the most skilled stand-up comedians. Sure, they can embarrass an unruly audience member. But they’d still rather do their own routine than deal with some loudmouthed idiot. But the Muppets have dealt with hecklers for decades. They can’t do a single show without hearing from the world’s most famous cantankerous old grumps, Statler and Waldorf. But those days might finally be over after this week’s Saturday Night Live. Security made sure that pair of cranks stayed quiet in one of the best sketches of the season.

Guest host Keegan-Michael Key and Kenan Thompson got into it with Statler and Waldorf (voiced by Beck Bennett and Mikey Day) during SNL‘s “The Muppets Show” sketch. They played a pair of security guards at the venue who were not okay with constant interruptions. Every time Statler and Waldorf made fun of the show, the security guards came out to give them a verbal lashing. Each interaction came across as funnier than the last. But when the two old haters wouldn’t stop, Key’s anger got the best of him. He got so angry he lost his lisp. Then he went up to Statler and Waldorf’s balcony box to give them a physical lashing.

These might have been slightly off-brand, unofficial versions of the Muppets, but this is some of the best puppetry you will ever see. We never wanted to see a Muppet get beat up before. Now it’s one of the best things we’ve ever watched. 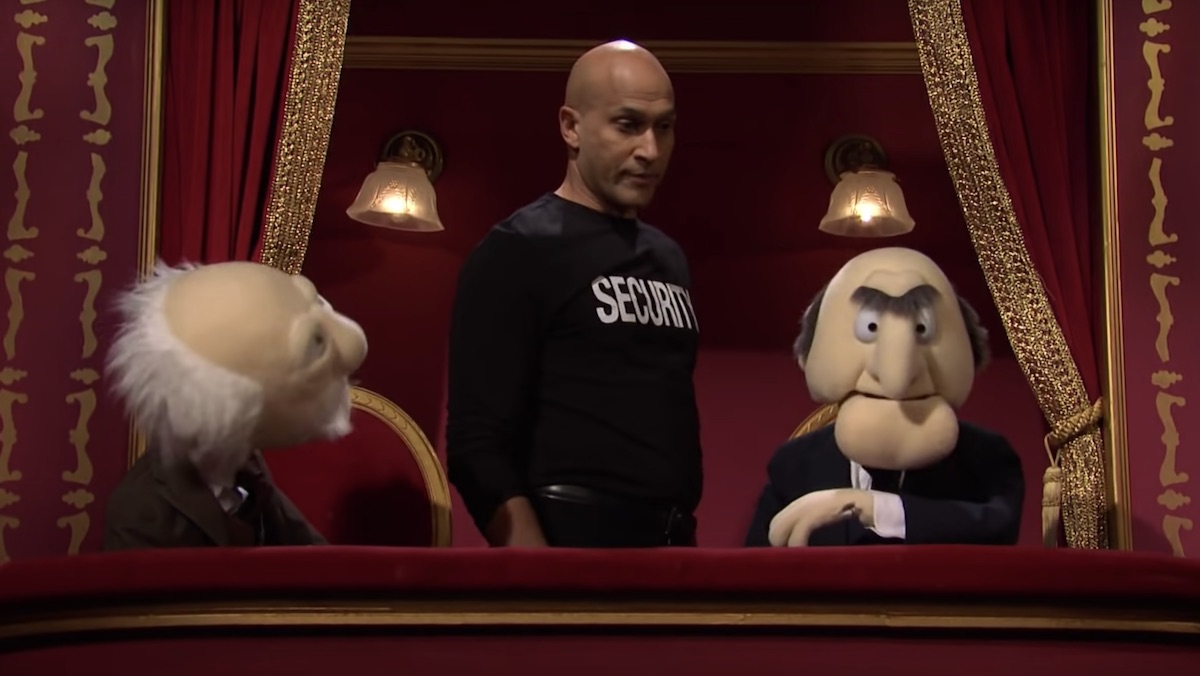 Also, kudos to Melissa Villaseñor for completely killing it here. She has the least significant role (or puppet) in the sketch. Yet her Lily Tomlin is spot-on and hilarious. She crushed it like a puppet’s eye sockets.

Everything about this was perfect. Unlike Statler and Waldorf, we have no complaints about what happened on this stage.