It might be hard to believe, but it has been five whole years since Mad Max: Fury Road dropped like a megaton bomb onto movie theaters and rocked our world. (2015 sure seems like a lifetime ago now, doesn’t it?) As a way of celebrating five years of her now-iconic role as the badass Furiosa in the fourth Mad Max film, Charlize Theron is participating in a very special drive-in movie screening of of Fury Road. And it’s all to benefit The Charlize Theron Africa Outreach Project.

As a way of celebrating the screening, which takes place on Friday July 31st, the Oscar winner shared a special flashback video via Twitter of the day the magic happened. That is, the very day she shaved off her legendary locks and began her onscreen journey as Furiosa. You can watch the video below.

In honor of our @CTAOP drive-in screening of #MadMaxFuryRoad tonight, throwing it back to the point of no return with creating Furiosa. A huge thank you to @TheGroveLA and @ChadHudsonEvent for making tonight happen! So excited to see this movie on the big screen again 🚘🍿🎥 pic.twitter.com/tIZzRw64Gv

For those lucky enough to attend the charity screening, the show will include dinner and a live Q&A with not only Theron, but also her co-star Nicholas Hoult. This screening will happen on Level 8 at The Grove, Los Angeles’ famous shopping center. The Level 8 setting will offer audience members an incredible view of LA at sunset. As if watching Fury Road with its stars wasn’t epic enough! 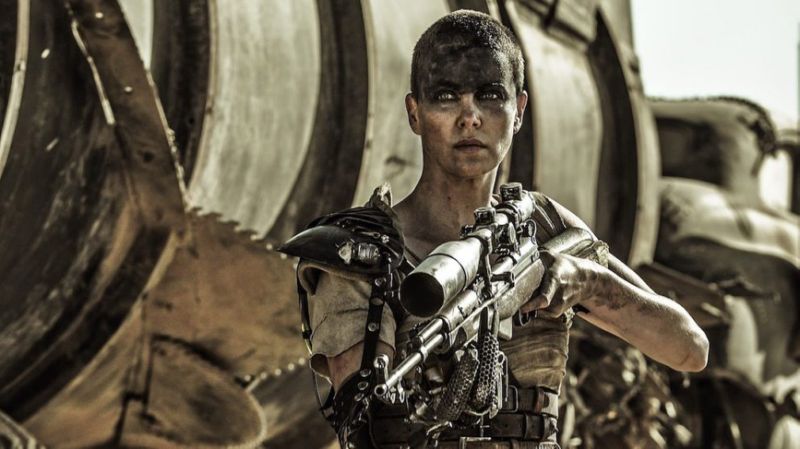 Theron’s CTAOP charity champions young people living in Africa, and does so by investing in organizations that prioritize and advance the health, education, and community support for youth. When COVID-19 broke out earlier this, CTAOP partnered with Entertainment Industry Foundation and CARE to launch a campaign called Together for Her. The campaign is designed to help in the fight against campaign gender-based violence during the pandemic.

A Furiosa prequel is on the way from director George Miller. Unfortunately, it won’t star Theron. According to the director, the role will be assumed by an actress two decades younger. As cool as a prequel sounds, we’d give anything to see Theron become Furiosa again.

Here’s hoping it happens eventually in some capacity once this prequel has been made. Because we’re not sure anyone out there can beat the original.