Remember when photographer Anne Geddes was all the rage? Her photos of infants dressed up in bee costumes or sleeping on flowers sold millions of calendars and greeting cards. But although grandmas everywhere at them up, there was something always off-putting about them. Maybe the fact that you just know those kids were super uncomfortable in those get-ups. And of course, there were cute pet versions of these too, made by various imitators.

Well, thanks to DesignTAXI, we now know that dressing up adorable yet unwilling living beings in cute outfits is a tradition. One dating back over a century. They’ve discovered a picture book featuring dressed-up cats meant to teach the joys of reading to early 2oth century children. Called Kittens and Cats: A First Reader, they took unsuspecting felines and outfitted them in human clothes. We had a “Queen Cat,” “Dunce Cat,” “Granny Gray,” “Party Cat,” and so on. It’s all adorable of course. But you just know those furballs were miserable in their little frocks. 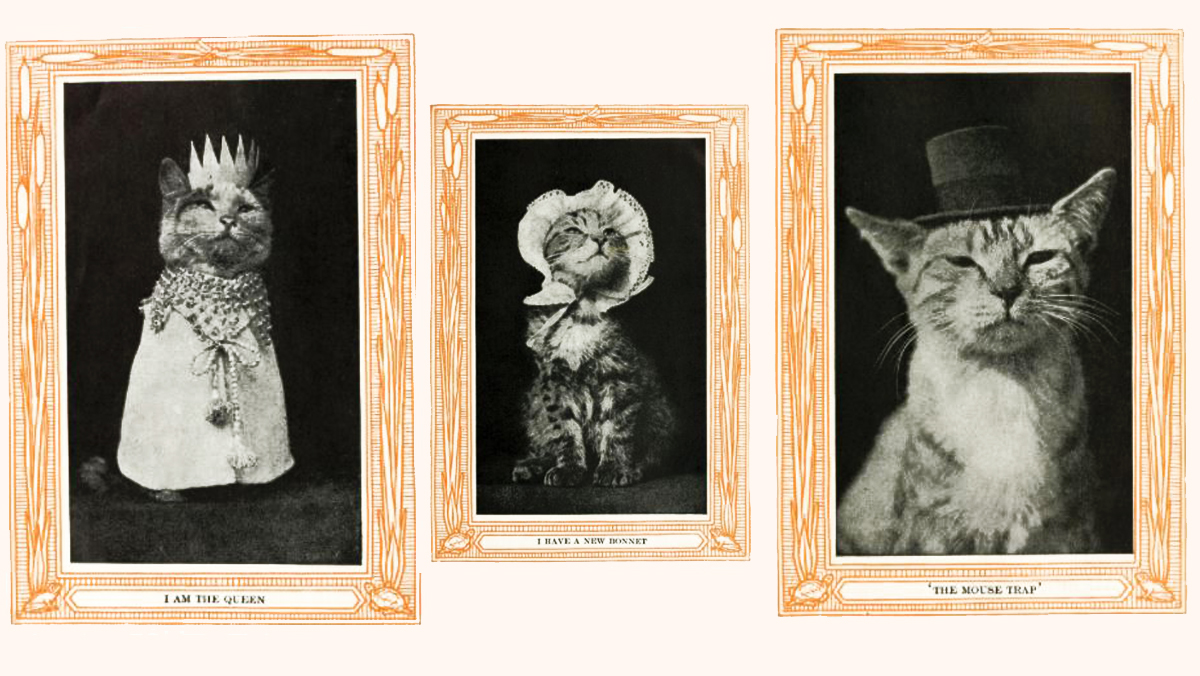 The book came out in 1911, and was written by children’s author Eulalie Osgood Grover. Yes, we are gently mocking it here. But if it helped kids to discover the joys of reading, we fully endorse it. Maybe it was worth it for Fluffy to hate life for an hour or two while posing as royalty if a child learned to read from it. We’re sure she got a nice treat for her good behavior. 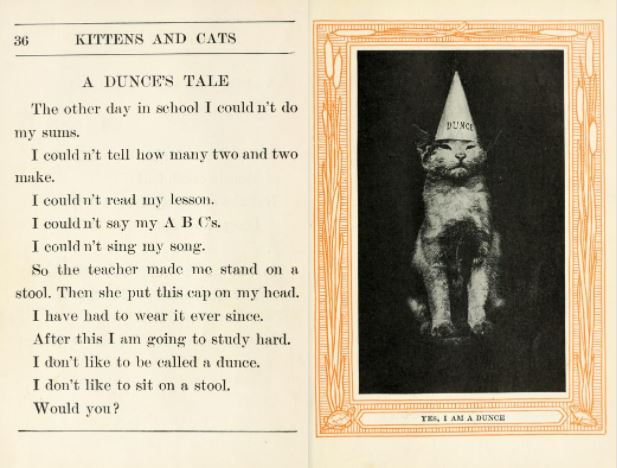 Apparently, the story in the book told of a grand party thrown by Queen Cat. Although there is no full confirmation, many believe Harry Whittier Frees, a well-known cat photographer, was the man behind the camera. The book has long since become a public domain title. This means you can download it and share with everyone you know. The entire book is now available via the Internet Archive.