It’s really hard to write a good song parody. If you’re not careful a clever premise quickly becomes a tedious joke. Only it’s far more painful than a typical failed bit because it’s accompanied by music. There’s a reason we only have one Weird Al Yankovic. He’s impossibly talented and makes an especially challenging form of comedy look easy. But some people look at the mountains and ask, “Which one is the tallest?” Because they only want to climb the highest peaks. Like this YouTuber who not only set out to parody Queen’s “Bohemian Rhapsody”—a daunting mission for any human—she did it as a quartet of cats.

Shirley Șerban of New Zealand asked is this the real life, or is this a cat’s fantasy? And she opted for the latter. She spoofed Queen’s iconic hit song with “Bohemian Catsody – A Rhapsody Parody Song for Every Cat Queen and King!” It’s told—or rather sung—from the point of view of our favorite moody pets. As this feline foursome explains life as the true ruler of their castle.

The song includes lyrics about frightening their owners at night. Leaving the heads of dead mice all around the house. And refusing to accept love under most circumstances. So, you know, standard cat stuff every owner deals with. 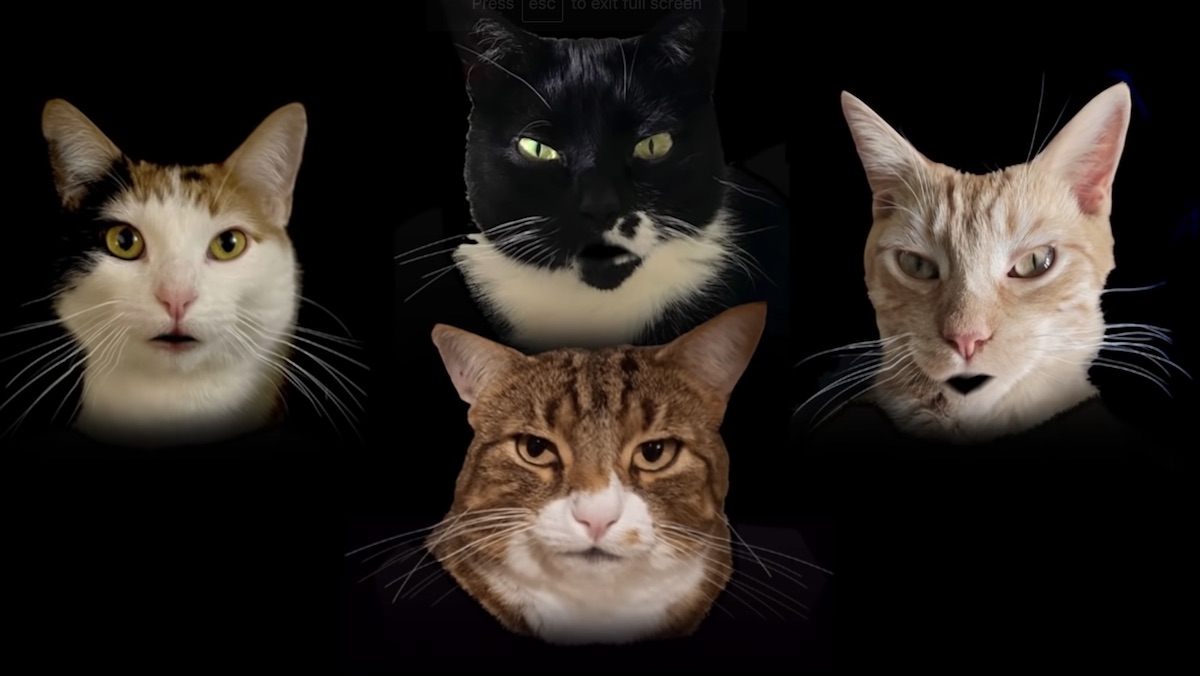 Just like the original song, this is an operatic exploration of life. Only instead of being tragic for the singer it’s tragic for the cats’ owners. The video is anything but tragic though. Serban got four adorable cats to star in a video based on Queen’s own. This performance features Boo, Sweetie, Griffin, and Stripey Superstar. We’re obviously huge fans already. However, the group is already selling out. The band already has a t-shirt you can buy.

Fortunately for this cat quartet they don’t have to worry about the high bar of writing human song parodies. A cat-led spoof is already impressive enough on its own.