PG&E's Negligence Is Behind Massive Power Outages in California - Nerdist

PG&E’s Negligence Is Behind Massive Power Outages in California

It’s endlessly frustrating to find out that a given tragic environmental incident or major societal disruption is due to human negligence or greed rather than less controllable acts of nature. The fires in the Amazon, for example, are worsened by climate change, but are ultimately caused by the local cattle industry. And now we have a major power outage occurring in California, which isn’t happening simply because fire seasons are getting worse in the state, but because PG&E, one of the state’s largest power utilities, has been extraordinarily irresponsible.

At first glance, the move by Pacific Gas & Electric (PG&E) to cut power to hundreds of thousands of customers—perhaps up to 2 million in total—seems like it could be a reasonable strategic move. California Governor Gavin Newsom did say in his July wildfire-related “Emergency Preparedness” announcement, which called for 400 additional seasonal firefighters for the state, that “Climate change has created a new reality in California [that includes] catastrophic fires….” Cut the power during the peak times for wildfires, cut down on the risk of fires happening at all. Makes sense.

But the orchestrated power outages aren’t necessary for minimizing the threat of wildfires due to downed power lines, or fallen tree branches—all that’s required is dedicated maintenance of the infrastructure that delivers electricity to homes, businesses, and whatever else may be using it. But PG&E didn’t maintain its power lines in Northern California properly, and now residents are paying for that lack of responsibility. And paying in a very real sense too: The power outage is expected to cost the state’s residents up to $2 billion.

As we continue to work closely with @Cal_OES & @CAL_FIRE to address the impacts of #poweroutage, we want to give special thanks to those fighting the 200+ fires throughout the state and keeping Californians safe. https://t.co/nxdHpKooVr

The worst part of this situation is that PG&E isn’t turning off the power for hundreds of thousands or even millions of California residents for up to six days because it wants to avoid ever being responsible for a major fire, but because it already has been, on multiple occasions. In fact, according to Wikipedia, “Approximately forty of the 315 wildfires in PG&E’s service area in 2017 and 2018 were allegedly caused by PG&E equipment.” One of those fires was the 2018 “Camp Fire,” which stands as the deadliest and most destructive in California’s history.

It was the Camp Fire, which killed 85 people and cost the state $16.5 billion dollars, that forced PG&E to file for Chapter 11 bankruptcy. The investor-owned utility (or IOU) went from being worth $36.7 billion in September, 2017 to being worth about $3.3 billion after bankruptcy. (As of this writing the company’s market cap is about $4 billion and it could owe up to $30 billion in damages.) 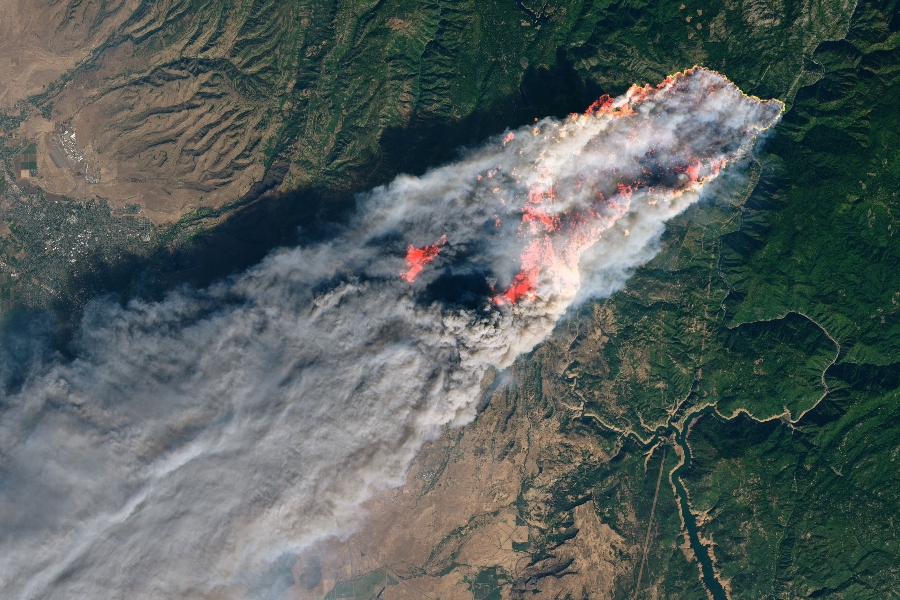 Cut to this year’s peak fire season in California, and the picture becomes clear: PG&E, bankrupt and facing even more lawsuits, has cut the power to all of these residents because it doesn’t want to be liable for any type of wildfire. That’s the reason for the power outage to at least a few hundred thousand California residents: The privately owned utility doesn’t want to be liable for even more death and destruction.

What happens now is, predictably, unclear. Governor Newsom recently said that “[PG&E is] in bankruptcy due to their terrible management going back decades,” and that the company is responsible for creating the “unnecessary” conditions that caused these power outages. The IOU (that abbreviation seems farcical in this context) itself is currently dealing with restructuring that’s been mandated by a federal judge overseeing the company’s probation. With public sentiment toward PG&E obviously plummeting, and numerous debt collectors and investors looking to guide the restructuring process, it’s anybody’s guess as to what the power grid in California will look like in the coming years.

#PSPS – As soon as the weather passes, PG&E will begin safety inspections with 6,300 field personnel and 45 helicopters standing at the ready once we get the all clear https://t.co/PTQqAyEIVX pic.twitter.com/8pZo5mSRWY

Hopefully PG&E will put a plan into place to move its power lines underground in areas threatened by wildfires, although the company said that could cost $110 billion. Until then, it seems the best Northern California residents can hope for is PG&E executing on its plan to trim the trees around its power lines. As of October 1, the power company says that the tree-trimming project is 31% complete.

What do you think of the voluntary power outages in California? Do you hope the state pushes for putting more power lines underground, or maybe even restructuring PG&E to focus more on solar? Let us know your thoughts in the comments!