The Best Exercise Video Games for Breaking a Sweat - Nerdist

So we’ve been sitting in the same chairs for months. Through a steady diet of cheese-based recipes and video games, this year’s “summer bod” is a lot more oval than we hoped. But not to fear! Thanks to tech like virtual reality and motion controllers, there are more ways than ever to exercise and stay fit. 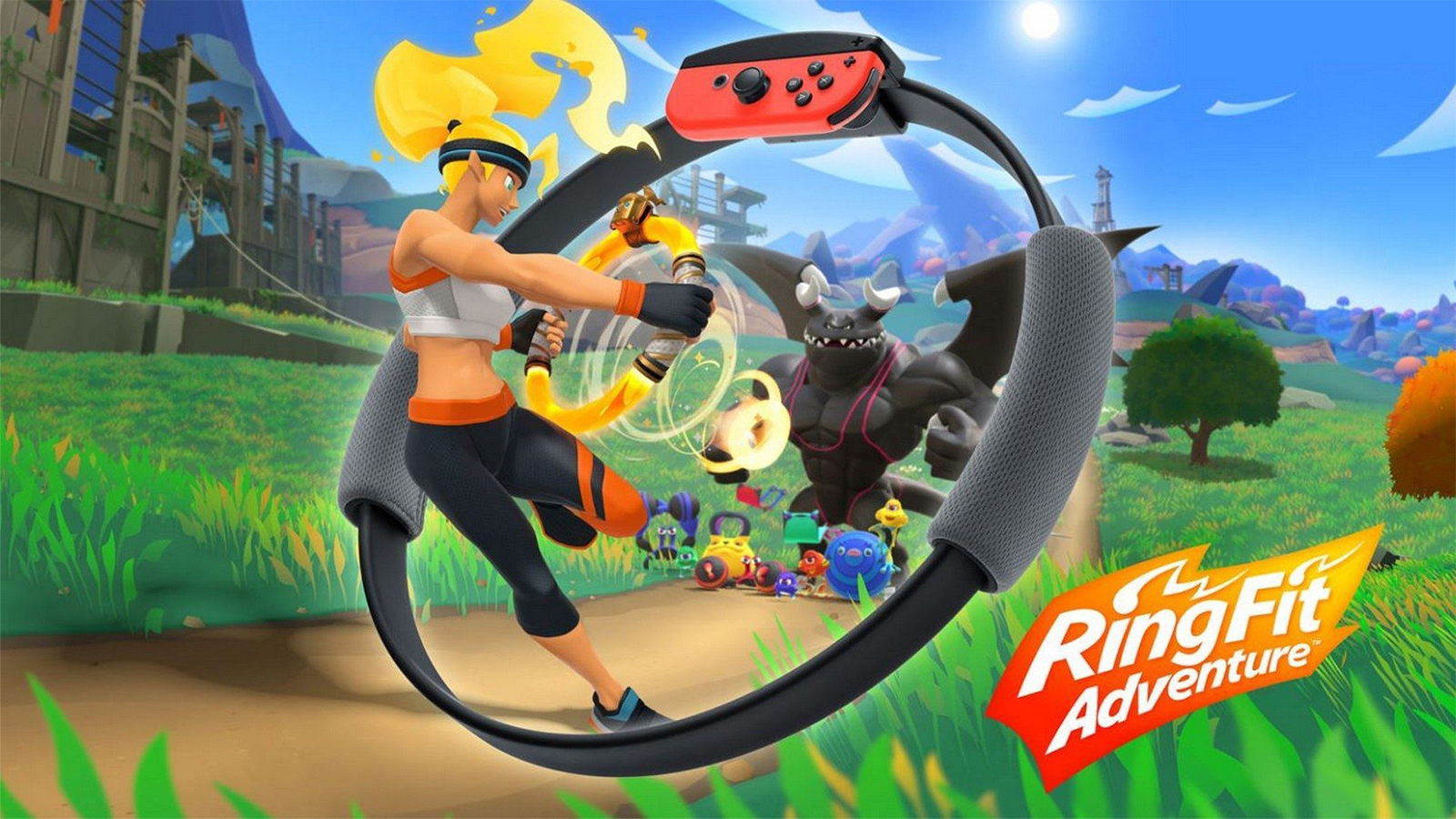 Ring Fit Adventure is one of the newer hit fitness games to hit the Nintendo Switch. There’s been a fair amount of hype around this game/peripheral combo, which Nintendo has very much earned. It’s one thing to design an exercise game, but Ring Fit Adventure never compromises gameplay to serve its cardio goals.

In the box, you get a Ring-Con and a leg strap, which will each get one Joy-Cons. By pressing, pulling, and moving around the Ring-Con, you’ll navigate the world and take on enemies. For boss battles, you’ll have to use exercise-based attacks called Fit Skills. These target specific areas of your body for a personalized workout — you can even use yoga as an attack! There’s a ton more here like side missions, a skill tree, and virtual smoothies, so this game could last you several months before having to start a fresh game. 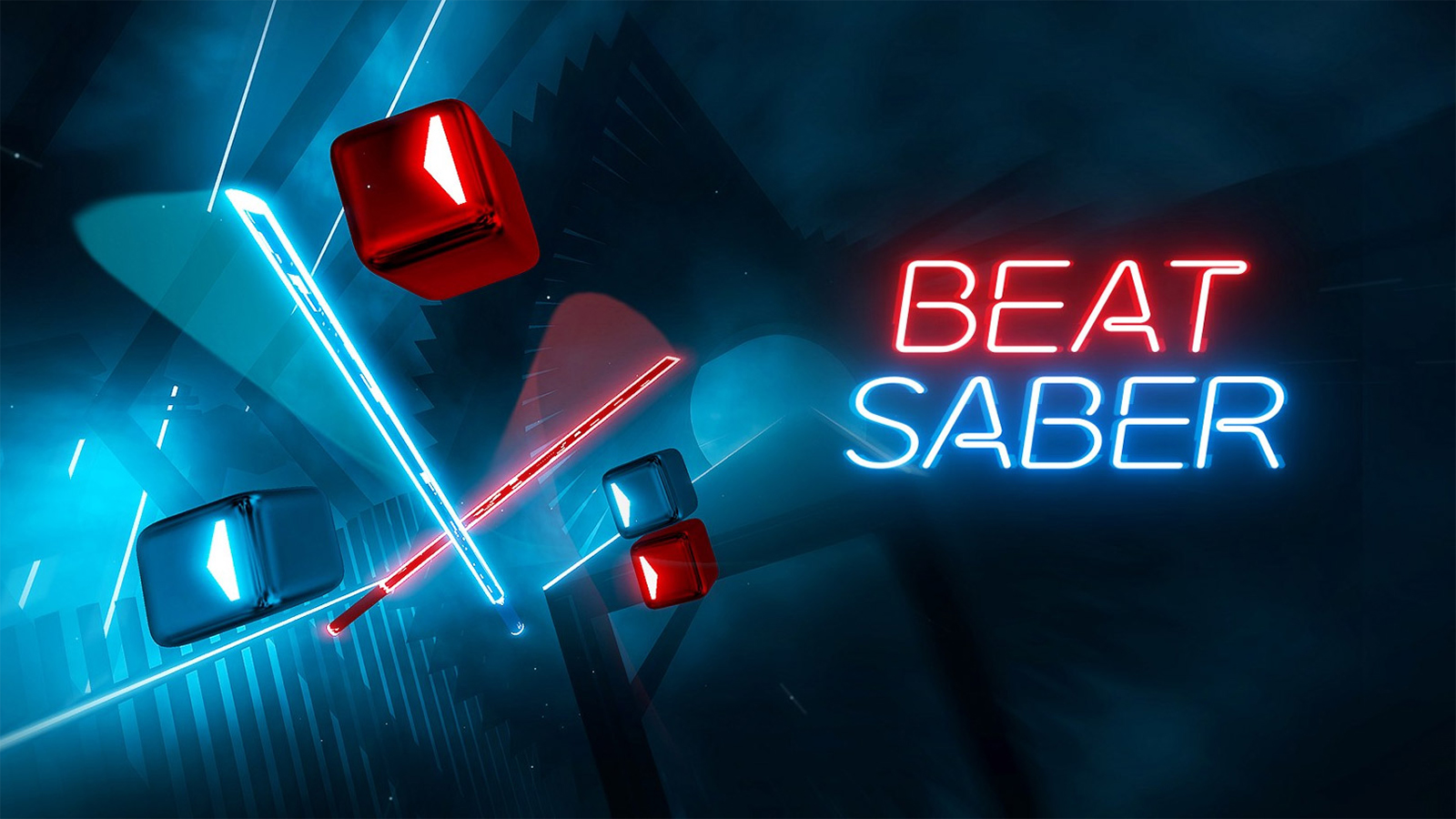 If you haven’t played Beat Saber yet, you are missing out on the quintessential VR game. As the name suggests, you’re slashing blocks with a lightsaber to the beat of the music. You’ll dodge, dip, and slash along to melodic EDM in a Tron-esque chamber of awesomeness. It’s honestly one of the best games of the last decade, and it’s exhilarating to play.

Not only is this a wildly physical game, but according to the Virtual Reality Institute of Health and Exercise, Beat Saber actually burns as many calories as playing tennis. With fast upper body movement and the occasional squat, you can get a decent sweat going. There’s even a 360 mode if you really want to get crazy with it. 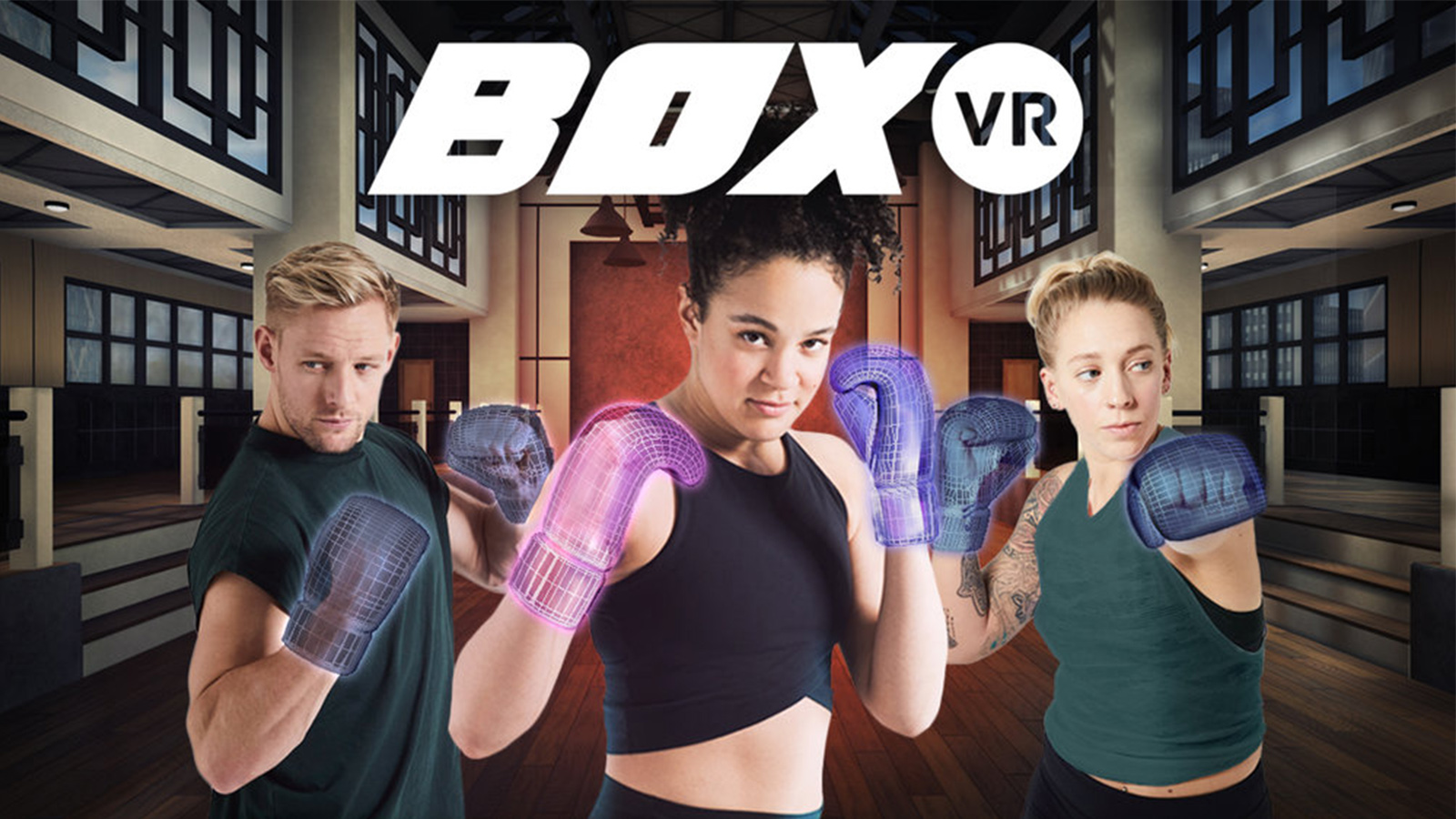 BoxVR was the recipient of VR Fitness Insider’s 2019 Game of the Year Award and for good reason. Like Beat Saber, BoxVR is a rhythm action game in which you’ll hit markers. But instead of a saber, you’ll be jabbing, hooking, blocking, and dodging those markers with your fists in a much more fitness-based game.

Fitness instructors designed the levels themselves to make sure you get a good burn, and the levels can last anywhere from ten minutes to an hour. But unlike most rhythm games, you can’t actually lose a level by missing targets so as not to discourage you from working out. Instead, at the end of each level, you’ll get a completion percentage for each type of move, and you’ll even find out how many calories you burned in the process. And as an added bonus, BoxVR is supporting the game with new content well after its release date, so you can expect new workouts to drop regularly. 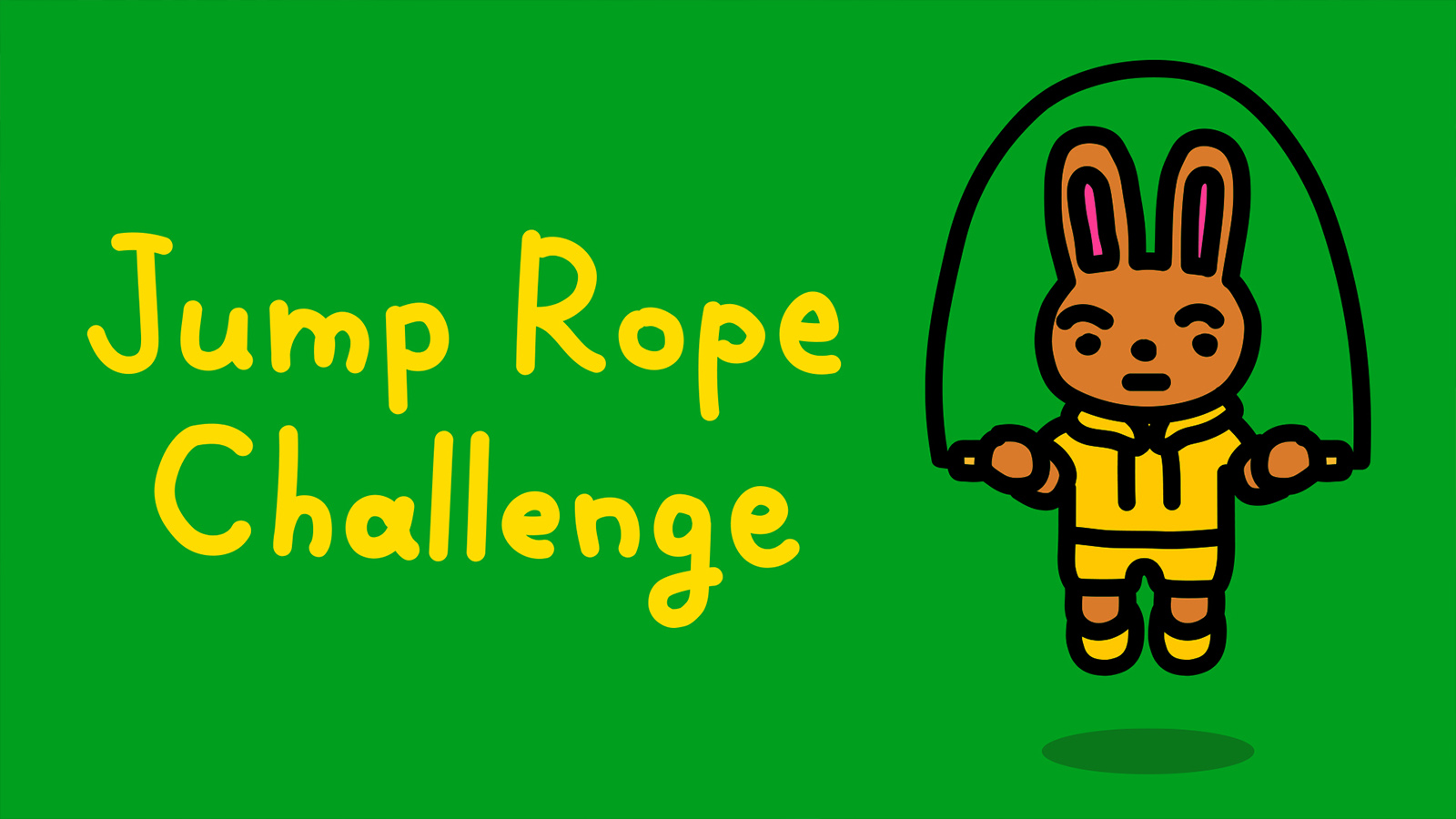 In the category of simple and adorable, we have Jump Rope Challenge. Nintendo shadow-dropped this game back in June, and it’s perfect if you want to try out a quick digital workout without the need for a VR setup or any peripherals. The challenge is simple — use your Joy-Cons to jump rope with a little sketch bunny 100 times per day. That’s it, easy enough!

Jump Rope Challenge comes from a small team at Nintendo that has worked from home for the last few months. These developers were faced with the same lack of activity as many of us, and so they created this simple game. Naturally, there are different outfits for your bunny, and various backgrounds to choose from, but this is as easy and simple as it gets. 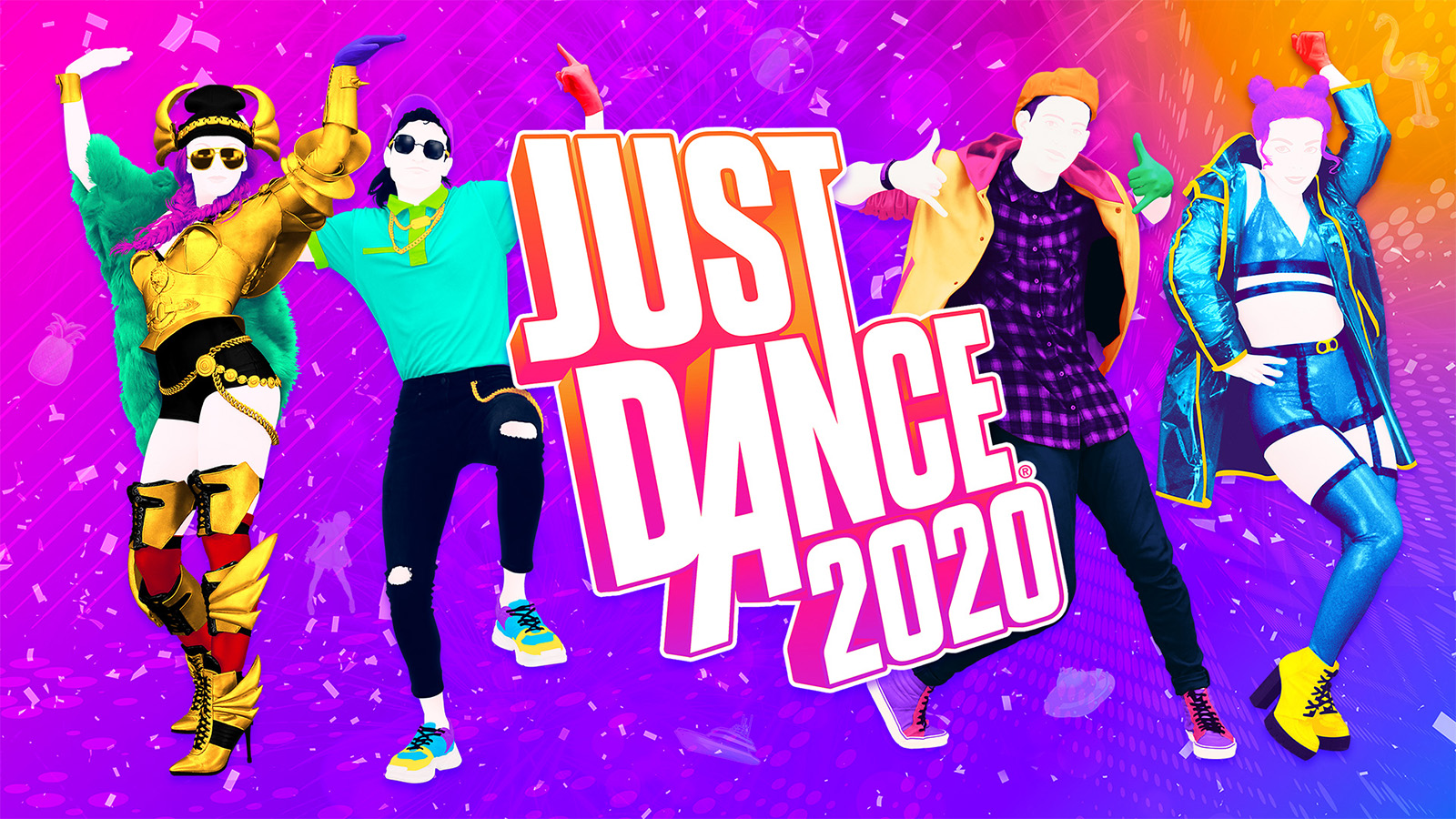 If like Kevin Bacon you choose to break a sweat through the majesty of dance, then there’s nothing better than Just Dance. With this game, you simply mimic the dancers using your console’s camera or the motion controls in your Switch’s Joy-Cons.

The base game comes with 40 tracks from diverse genres with songs like “Old Town Road” and the Frozen 2 soundtrack, all the way to K-pop groups like BLACKPINK. And with Just Dance Unlimited, you can extend this library to over 500 songs for a monthly fee. There’s even a kid’s mode so you can do some family exercise and really freak out the dog. 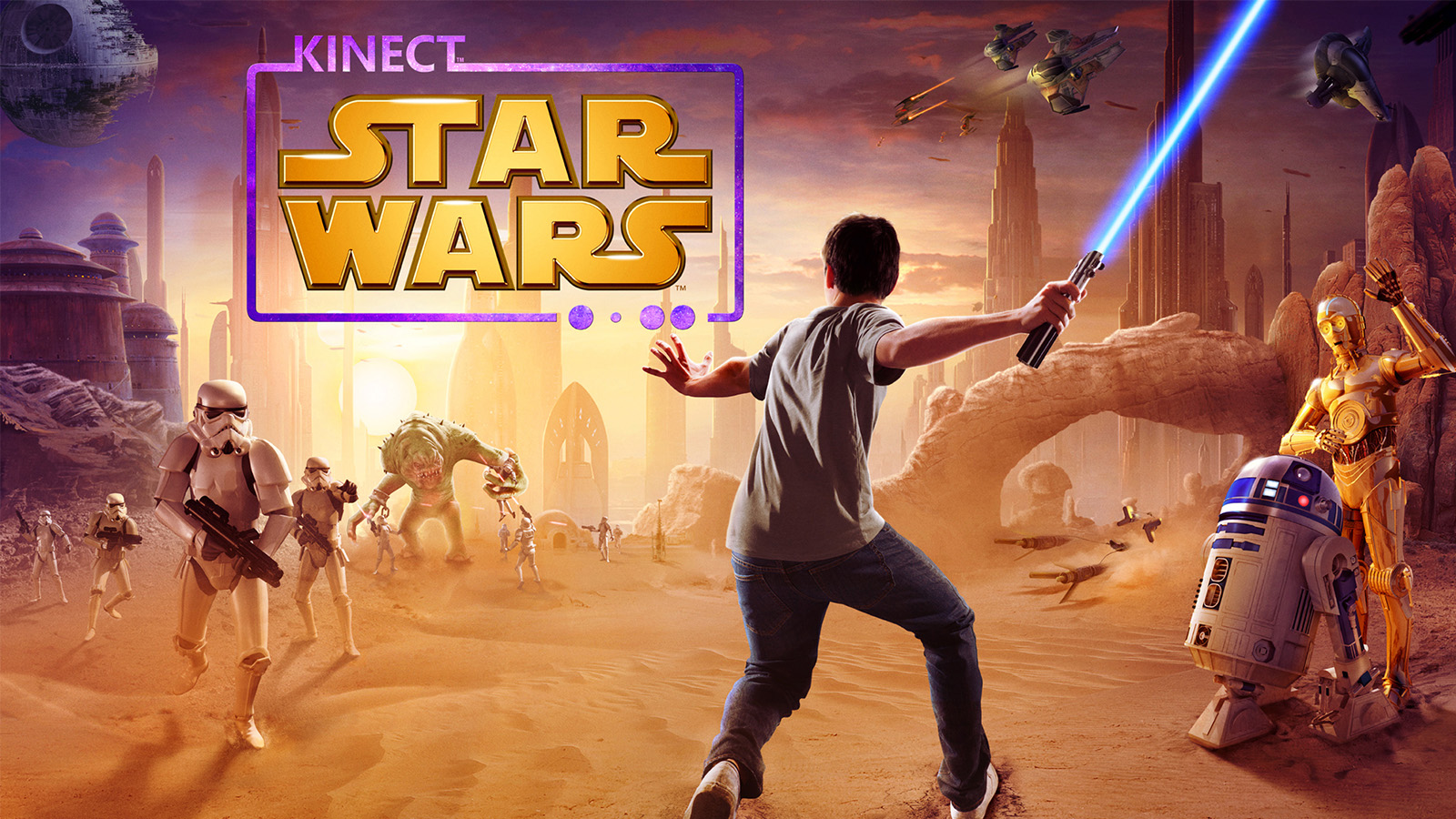 If you have an Xbox 360 and a Kinect, I implore you to go download Kinect Star Wars. Of its many Kinect-enabled games, the real gem is called Galactic Dance-Off. This mode is similar to Just Dance in that you mimic characters on screen. But in this case, the characters on screen are Han Solo, Lando Calrissian, Princess Leia, and other Star Wars favorites. And if you thought they were dancing to pop hits, think again.

via GIPHY
The available dance tracks are a selection of parody songs such as Gwen Stefani’s “Hollaback Girl” rewritten as “Hologram Girl” and Jason Derulo’s “Ridin’ Solo” reworked into “I’m Han Solo.” The lyrics to “I’m Han Solo” consist of lines like, “No Jabba to answer to. Ain’t a fixture in a palace zoo, no. And since that carbonite’s off me, I’m livin’ life now that I’m free, yeah.” It’s right up there with the Star Wars Christmas Special as far as obscure Star Wars ventures and it’s a glory to behold.

So what’s your favorite exercise game? Do you think video games can replace more traditional forms of exercise? Let us know in the comments!