There’s nothing quite like a plastic toy playset. From the first time you put it together to the scenes you re-enact with your favorite action figures, playsets often feel like the closest you can get to being in the movie yourself. If you’re like us, you have many happy memories of playing with your favorite sets that hold a special place in your heart… from, like, last month.

What, kids play with them, too?

Star Wars, the master of the toy playset since 1977, is celebrating with a brand-new Cloud City playset! Hasbro announced the Carbon-Freezing Chamber Playset from the Vintage Collection on Fan First Monday. It’s expected to start shipping later this fall but we want it right now. 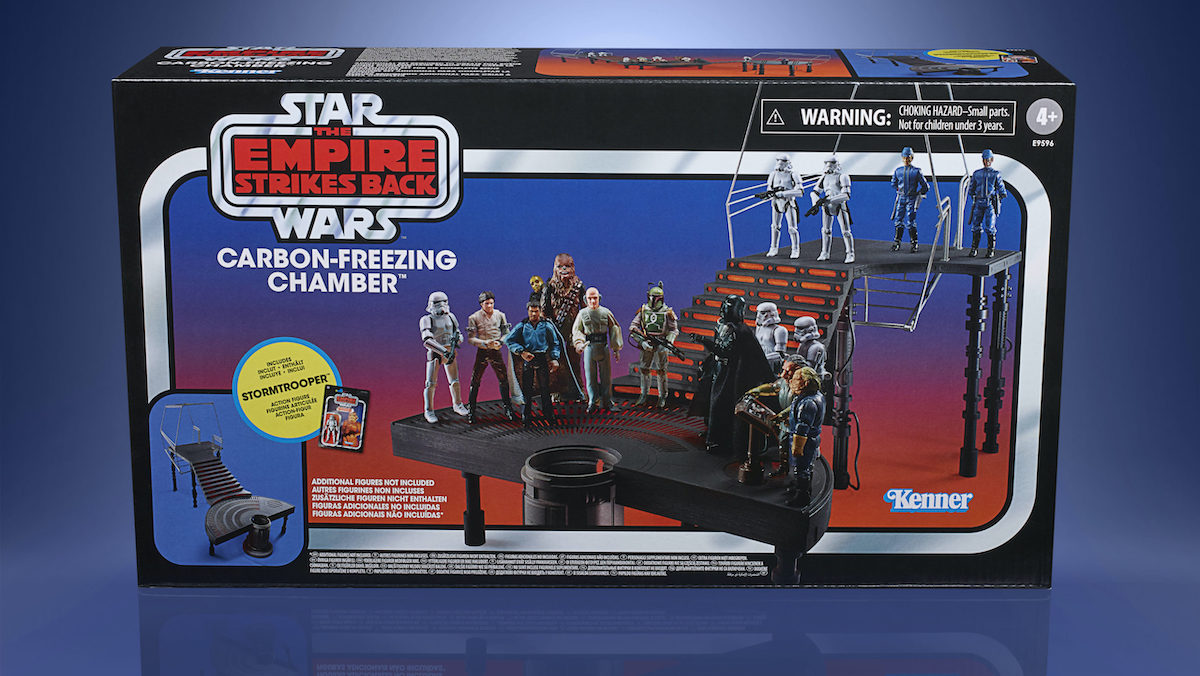 The set comes with a platform with a spot in the middle for the carbon-freezing chamber that encases Han Solo safely in carbonite. (The ominous “whoosh” sound is not included.) A Han Solo in carbonite and Imperial stormtrooper based on the vintage 3.75-inch scale action figures are also included in the box. Purchase an additional set, grab your other vintage figures, and you’re ready to re-create the iconic The Empire Strikes Back scene! 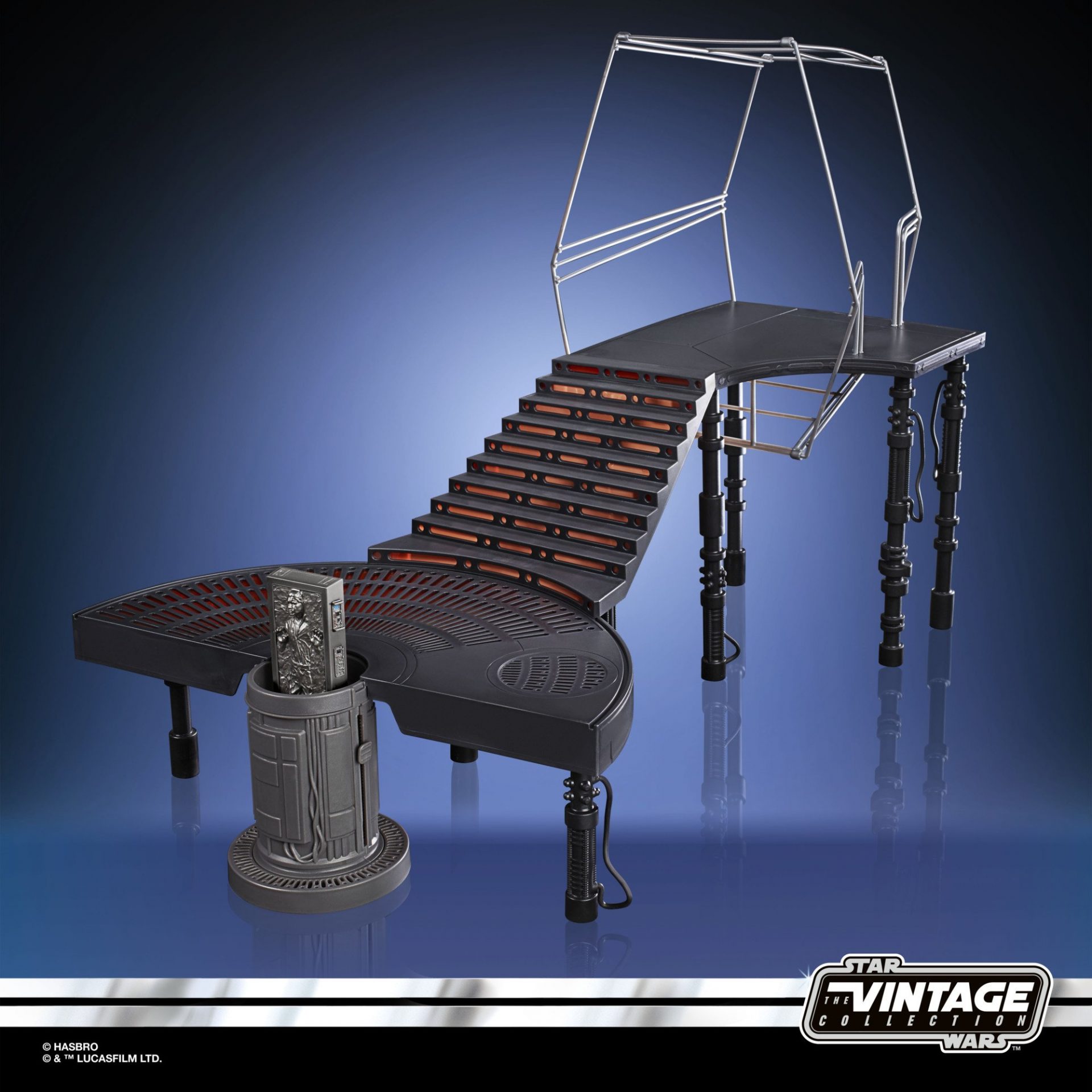 The playset is available for pre-order at Hasbro Pulse, Amazon, and Entertainment Earth at a retail price of $49.99.