A Look at Weird Anglerfish and Their Various ‘Fishing Poles' - Nerdist

A Look at Weird Anglerfish and Their Various ‘Fishing Poles’

While the deep sea is dark and full of things that look like they come from the Andromeda galaxy, a few creatures stand out as especially weird. Anglerfish are chief amongst those crème de la oddballs, in part because of their distinctive faces. And, of course, their haunting use of bioluminescent lures that hang off their heads. The lures are long or short, depending on the species.

In the video above, the Monterey Bay Aquarium Research Institute ( MBARI) shows the various types of “fishing poles” that project from anglerfish heads. For those unfamiliar, anglerfish are bony fish that reside in the “midnight zone” of the ocean. The fish—as their name implies—are most notable for their head poles; anatomical features that take on different forms depending on which one of the 200 species you’re looking at.

MBARI shows how the “couch potatoes” of the sea use their lures to capture foolish prey in the darkness. They hunt down snails, crustaceans, and smaller fish at anywhere between 1,000 and 8,200 feet below the ocean’s surface. (For reference, light doesn’t penetrate the ocean at all beyond approximately 3,300 feet.) In short, this species of fish actually fishes for other fish. 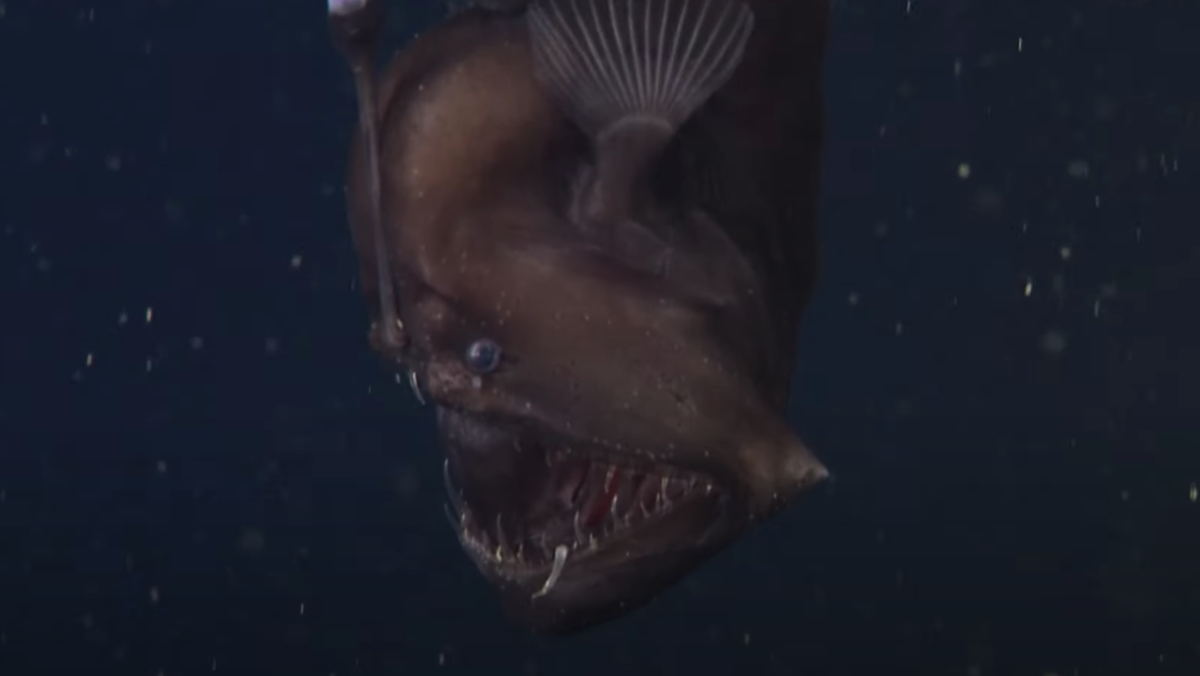 As the Institute says, each species of anglerfish has its own type of unique lure. For example, some of the fish have short and sturdy rods, while others have long and threadlike ones, like these two anglerfish divers caught mating back in 2018. MBARI also notes some anglerfish fishing poles have large and round bioluminescent “bait,” while others have bait that’s branched and feathery. 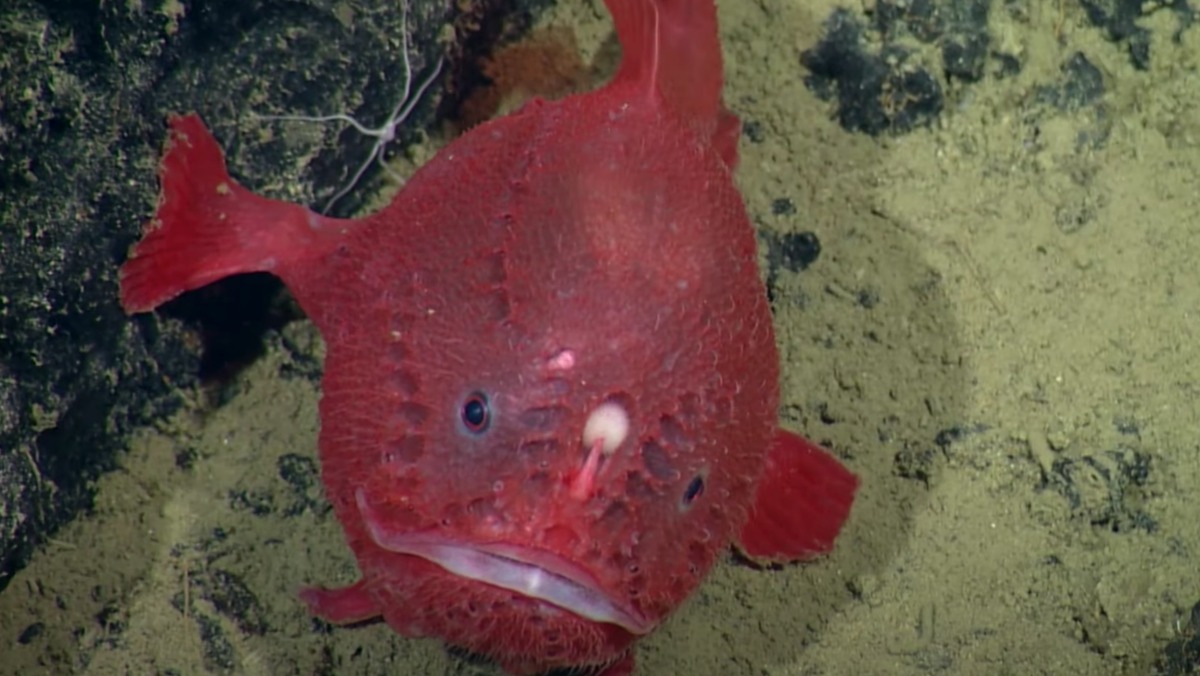 Unfortunately, MBARI doesn’t show any anglerfish actually hunting prey with their glowing death traps. Although, in truth, capturing that footage would be nearly impossible. You can’t have darkness if a submarine’s lights are shining, and you can’t see what’s happening in total darkness. Speaking of which, almost nothing good is happening down there. Really.