In 2017, the Schmidt Ocean Institute—a research institute founded by husband and wife team Eric and Wendy Schmidt —sent its Falkor research vessel to the southern half of the Phoenix Islands in the central Pacific Ocean, north of Samoa. There, the team aboard Falkor explored “never before seen” deep sea ecosystems, and some of the weirdest sea creatures ever. Including the truly alien-looking specimens in the 4K video below.

The Institute recently posted its “Deep-Sea Corals of the Phoenix Island” highlight reel to its YouTube channel. For those unfamiliar, the institute was founded by the former Google CEO and his wife as a nonprofit that aims to advance oceanographic research. That research also hoped to discover new life forms, much like the bunch of bizarre lifeforms seen in the video that look like doodles out of H.P. Lovecraft’s notebook. 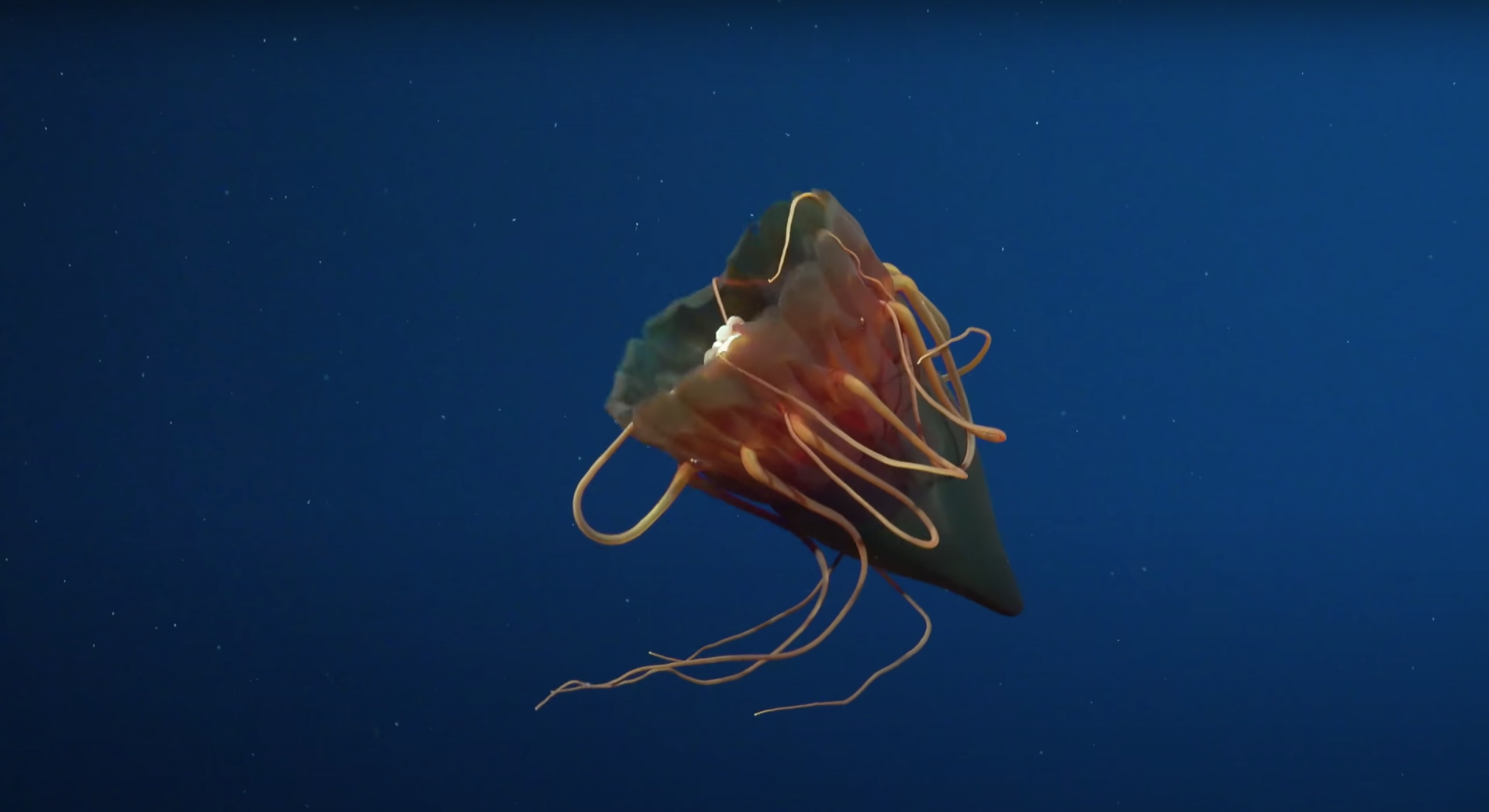 As for the line-up of creatures in the video, it’s hard to say where we should begin. There are certainly some (relatively) mundane sea creatures—sponges, crabs, eels, etc.—but they only serve as palate cleansers between bites of Holy crap, WTF is that thing?!

Our recent footage of this #GlassOctopus raised lots of Q's, so let's get a thread going:
This was seen 651m deep at a seamount in Winslow reef complex on Tokelau Ridge in Phoenix Islands Archipelago (US EEZ). #PhoenixIslandsCoral expedition Dive 433 https://t.co/hdgnMYiCun
1/6 pic.twitter.com/vgy9N3smtT

Speaking of which, some of the weirder blobby n’ wiggly swimmers in the video include the Glass Octopus: one of the rarest cephalopods in existence. In the clip above from the video, the octopus shows its yellow chromatophores, which are cells that produce colors for camouflage. The Institute notes the octopus is otherwise totally clear, excluding its optic nerve, eyeballs, and digestive tract. 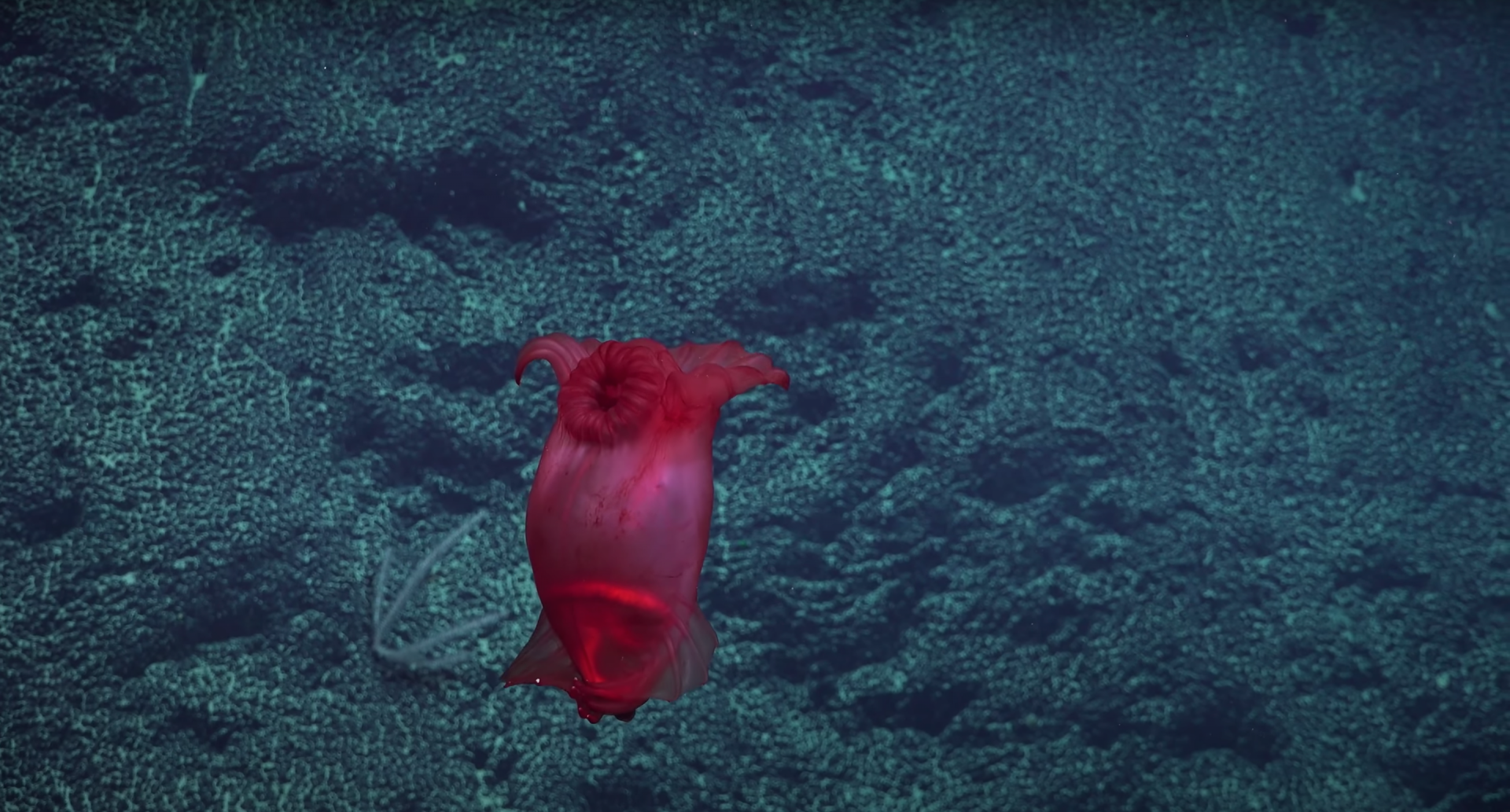 Along with the Glass Octopus, there are about a half-dozen other lifeforms that look like they’re from Europa. We really have no idea what the heck they are, yet. So far, there isn’t a catalog for the newly found creatures, although that’s understandable considering they were just uncovered. Especially whatever that translucent floating blob is at the end. Honestly, we can only assume it’s some kind of soft-robotic scout from an advanced civilization in another star system. 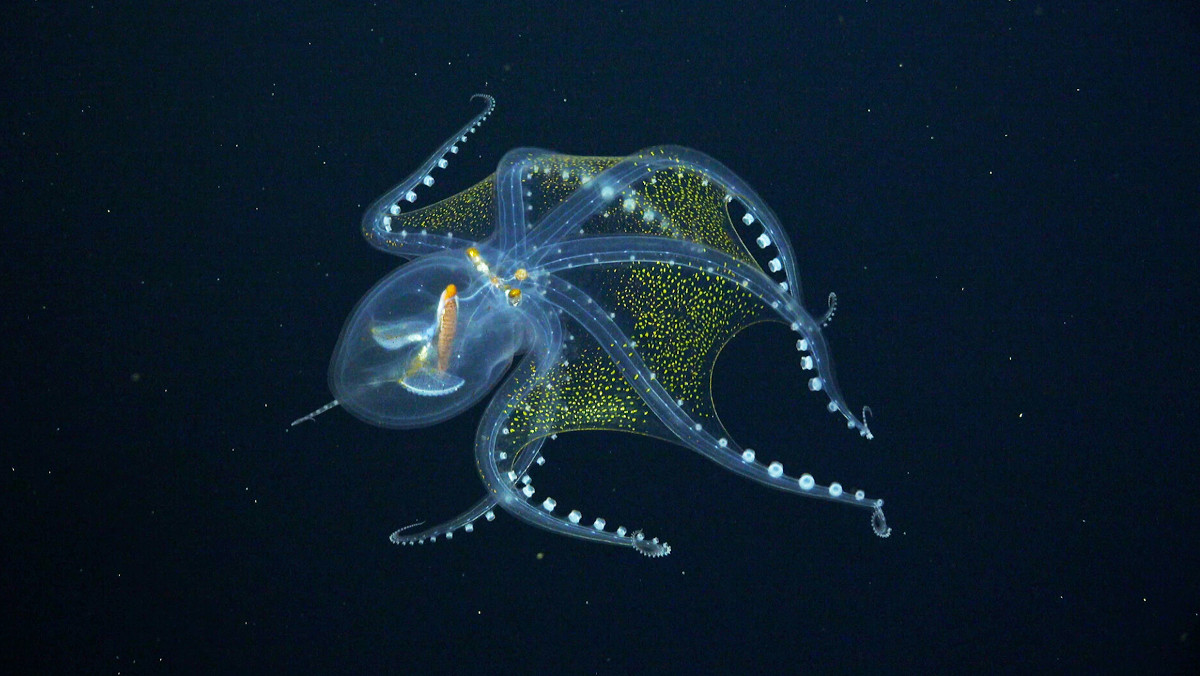