All dogs are good dogs. That’s just science. Or at least it should be, because we love man’s best friend, every one of them, and want to shower each with affection. And also food. We love rewarding puppers with a tasty little thank you for being a good boy. We love doing that so much we probably shouldn’t be trusted to actually hand them out. Now we might not have to. A new machine will free us of abusing that responsibility. It employs artificial intelligence to decide when a dog has actually earned a special treat. And this machine could help train dogs to be even good-er than they already are.

Researchers at Colorado University have built a device (which we first learned about at Gizmodo) that uses AI to recognize when a dog has obeyed a command. This isn’t Doc Brown’s timed dog-feeding robot. Or even one of those automatic dispensers where Sparky pushes a lever for a treat. Computer science graduate students Jason Stock and Tom Cavey designed the machine as a reward system meant to assist humans. It’s supposed to be a tool during what can often be a tedious training period.

The system is both simple and advanced. The device, which actually does look like something Doc Brown created, recognizes whether or not a dog followed its owners instructions. It covers “sit,” “stand,” and “lie down,” with “up to 92% test accuracy.” For that it uses Nvidia’s Jetson Nano AI platform. Once the system decides the dog obeyed a command, it dispenses some puppy snacks. Plastic tubes hold the treats, which simply fall out when a servo motor moves a plastic card.

Pavlov’s dog can tell you all about the effectiveness of conditioned responses. 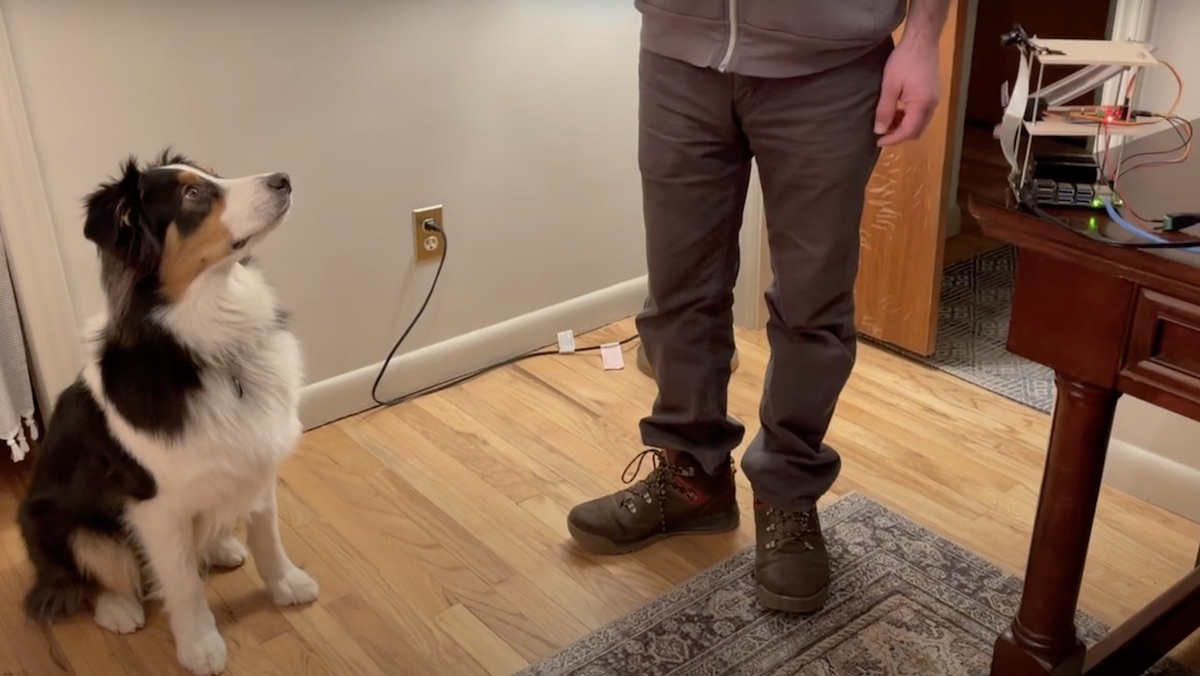 The pair of researchers published their results in a recent paper. In it they explain how they built their artificial intelligence program with data from more than 20,000 dog images covering 120 unique breeds. That way the system recognizes all kinds of puppers. That way the machine could learn something very important humans know: every dog is a good dog who deserves a treat when they’re good.