Learn the Incredible History of Dogs in Animated Short - Nerdist

Learn the Incredible History of Dogs in Animated Short

by Michael Walsh
They might be mankind’s best friend, but all dogs descended from one of our ancestors’ fiercest enemies. How did our species go from competing with wolves, to teaming up with them, to them becoming so integral to the history of humanity? As this animated video explains, it was a long journey that benefited both groups and grew into something much more personal.
Dogs come in all shapes, sizes, and personalities, but no matter which breed is your favorite, you can always bring one home to become the newest member of your family. That’s no accident either, because over hundreds of thousands of years, human behavior and evolution have turned what was once one of our species’ most dangerous foes into our most loyal friends. In this animated TED-Ed video written by archeologist David Ian Howe (that we came across at LaughingSquid), the complete history of how canis lupis, a.k.a. the greywolf, went from a formidable enemy competing for the same resources into a more docile, less threatening creature that came in closer and closer contact with humans. That was just the start though, and over millennia those wolves became the dogs we know in love.

Whatever you do, don’t think about a loyal wolf-dog sadly waiting for the last neanderthal to come home. And don’t picture it looking like this. NO, WE SAID DON’T DO THAT! 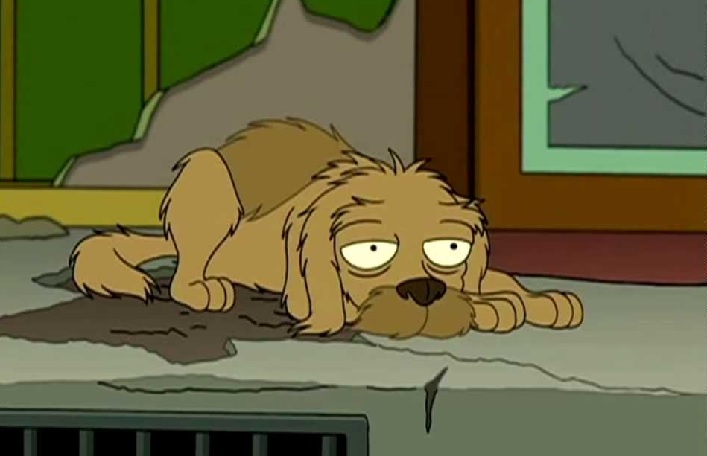 As for our dogs, even though we spend billions of dollars a year on them and love them the same as human members of our families, it’s still easy to take them for granted. They were with us every step of the way as we went from cavemen to farmers to industrialists. Our history is their history, and from helping us find food, to guarding our crops, to giving us a happy face to greet us at the end of a long day, our species is better for having them with us.

Though maybe we shouldn’t tell some of the smaller doggos out there they used to be fierce wolves. We don’t want our best friend to be resentful that domestication was responsible for that. Let them focus on all the food we give them instead.