Adrenaline Junkie Slingshots Himself Off Top of Skyscraper - Nerdist

Adrenaline Junkie Slingshots Himself Off Top of Skyscraper

Although protagonists leaping off of buildings for serious air time is the norm in fictional action worlds, seeing a regular ol’ human doing it IRL is still incredible. This Red Bull “speedrider,” for example, shows how to be James Bond-level cool while gliding off of (and onto) buildings. And now, thanks to GoPro, we have a self-proclaimed adrenaline junkie who literally slingshots himself off the top of the tallest residential building in South America.

In the video above, GoPro Awards recipient Daniel Cajal executes his goal of turning himself into a “human slingshot” projectile; launching himself off of the Gran Torre Santiago in Chile. The skyscraper, for reference, is 64 stories tall, and soars nearly 1,000 feet into the air.

The video’s only 45 seconds long, but it’s more than enough time to get viewers’ hearts racing. The team behind the stunt looses Cajal just after the clip begins, immediately sending the adrenaline junkie and professional video producer flying off the top of the skyscraper. Cajal then glides through the air for a few moments using his wingsuit. Finally, when he’s over the ocean, he deploys his parachute before calmly turning and heading back to the coast.

Obviously it’s difficult to describe just how gutsy this stunt was, but, incredibly, it’s in line with what Cajal’s done in the past. The daredevil has, for example, leapt from a handful of other buildings, as well as a hot-air balloon. (And, of course, approximately one zillion planes.) In general, his Instagram is a tour through a world of things that would make our hearts literally explode in our chests.

Of course, there are others like Cajal out there. People who possess ridiculous amounts of bravery and rock-steady hands. They come in the form of kayakers who careen down the sides of icy mountains. Pilots who use jetpacks to fly over the ocean. And, obviously, Tom Cruise. 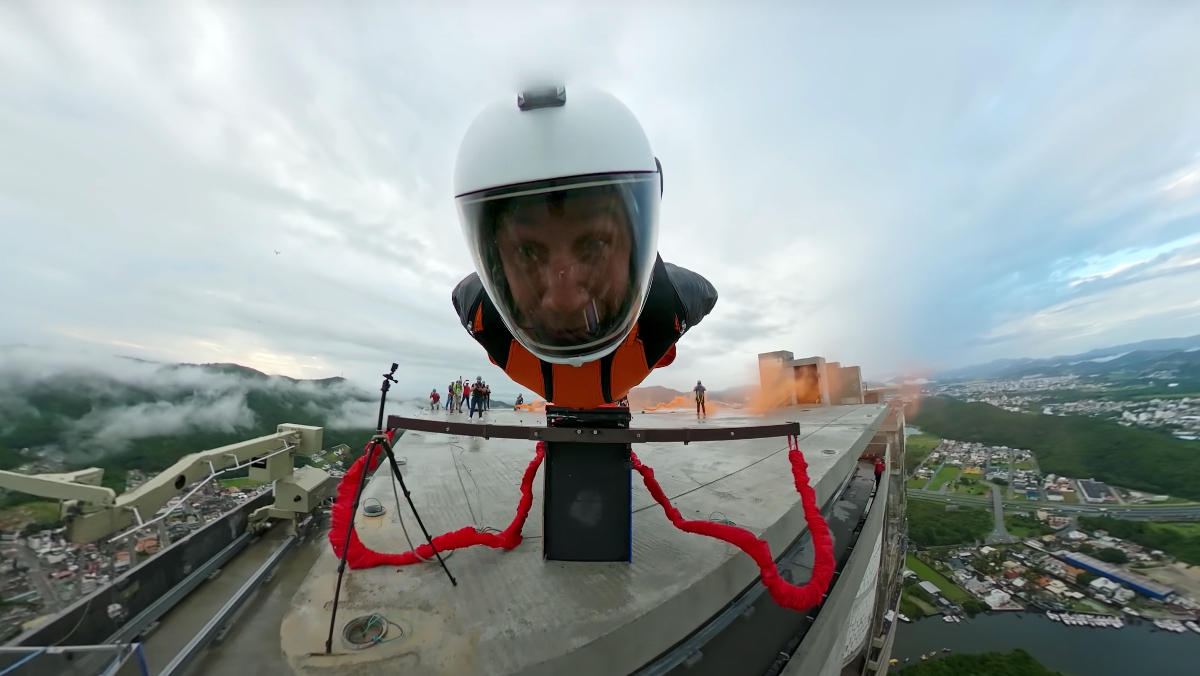