Spanish kayaker Aniol Serrasolses is beyond brave. Like other extreme-sports enthusiasts, he clearly has no issue putting himself in serious bodily danger. But his latest stunt kicks the ol’ “clench factor” up to 11, as it sees Serrasolses shred a snowy mountain, slide through a patch of woods, and then drop into a river; where he commences to perform the world’s first “double kickflip” in a kayak.

Red Bull—the company whose drink is great on steak—recently posted Serrasolses’ sequence to YouTube. Red Bull says in the video’s description that the stunt took place on a snowy Chilean volcano. Which, frankly, makes for a nice change of scenery after all the wild active-volcano footage we’ve seen recently.

In the video, we watch as Serrasolses descends 15 miles down the volcano, and eventually out into the open ocean. And every single maneuver the kayaker needs to pull off to jump, dodge, and weave his way down is astonishing. (It’s hard to overstate how many times we winced.)

After flying down the mountain, Serrasolses then zips through woody terrain—past trees that could easily cause him to crash—and into a raging river. To cap the whole thing off, Serrasolses pulls off what Red Bull says is the world’s first double kickflip in a kayak. He nails the trick at about the 2:15 mark, after flying off a waterfall’s edge. 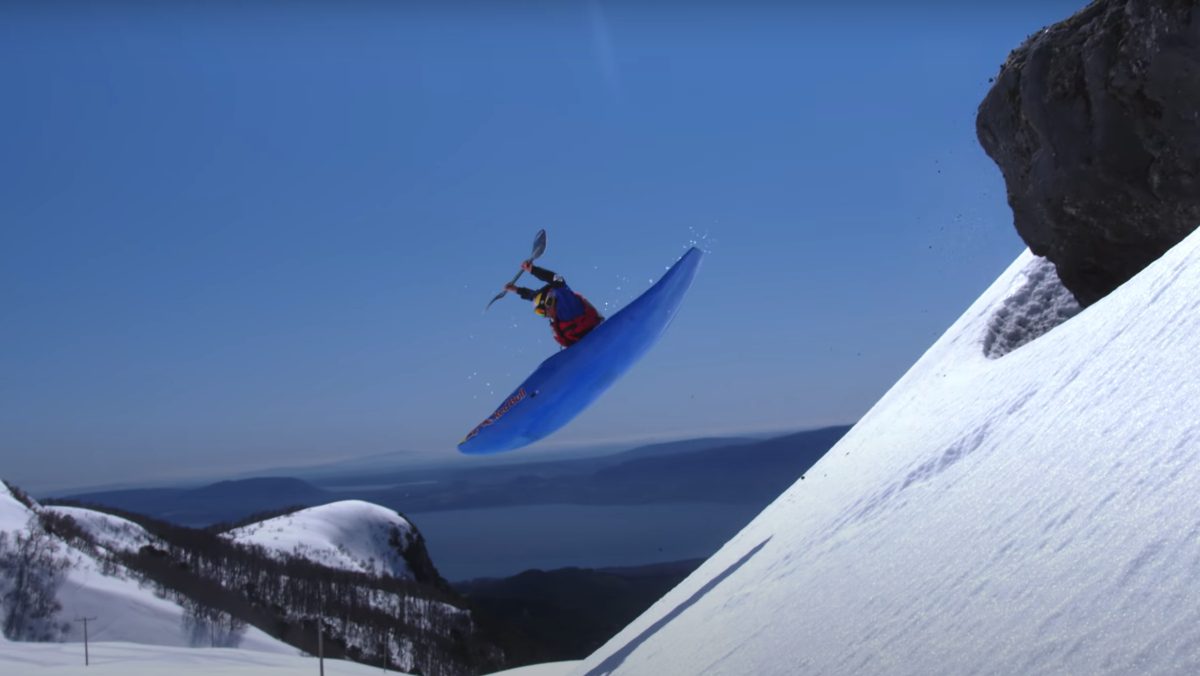 Around three minutes into the video, Red Bull offers a BTS look at the stunt, and the many times Serrasolses had to redo it. And while we’re still not sure if he actually pulled off the entire sequence in one fell swoop, it ultimately doesn’t matter. Any one of these extreme physical challenges would’ve made for an achievement, let alone all of them together. More importantly, however, is the fact that Serrasolses has now inspired us to whoosh down slopes like an extreme athlete. (At least in our minds.)