Video from the Top of the Chrysler Building Is Dizzying AF

While most of us spend most of our time planted on—or somewhere very near to—the ground, there’s a certain type of person who just loves to climb about in the firmament. Aerial heroes who scale buildings, for example, are constantly popping up into the clouds; sometimes for a quick, highly illegal climb in Paris. Other times, to perform repairs on skyscrapers, and capture some truly wild GoPro footage while doing so.

In the video above, which Storyful posted to YouTube, James Marksbury offers a look into the life of a steeplejack. A steeplejack, for those unfamiliar (like we were right before we saw this video), is a person who climbs skyscrapers and other tall structures to perform repairs. In other words, they’re the brave, IRL Spider-Mans who actually fix stuff instead of destroying it. Which is factually true! Just imagine what the bill was like after the MetLife clock tower fight between Spidey and Doc Ock in Spider-Man 2.

Obviously Marksbury is a professional of the highest order. His camera skills are on point. The steeplejack offers a 360-degree view of Manhattan, a daunting perspective to watch. It’s sort of like being in a VR simulation of reality, but it is reality, which makes things seem so much more real. (Philosophizing distracts from the enormous amounts of “fear-ticipation” we now feel coursing through our veins.) 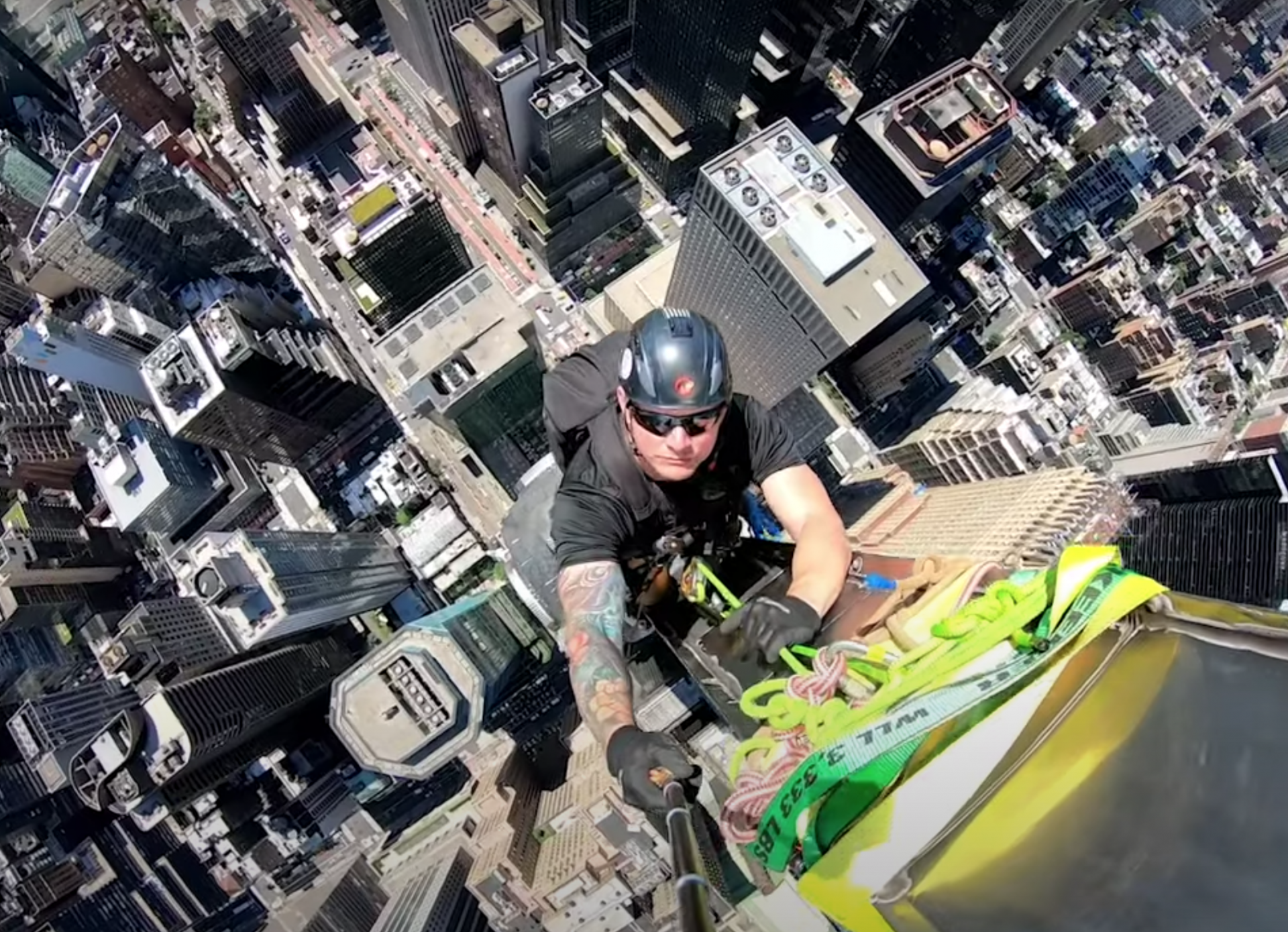 According to a Yahoo News article, Marksbury was inspecting stainless-steel panels from the top of the tower all the way down to the 72nd floor. For reference, the top of the Chrysler Tower’s antenna spire is 1,046 feet off the ground. Or approximately one Godzilla.

For those now seeking more thrills and chills from on high, we have you covered. You can feel what it’s like to swing from a hot air balloon thousands of feet in the air in this video, for example. Or cruise over Iceland over the shoulder of a person wearing a jetpack suit. Speaking of which, we wonder what Marksbury’s thoughts are on using a jetpack? You know, just for backup. 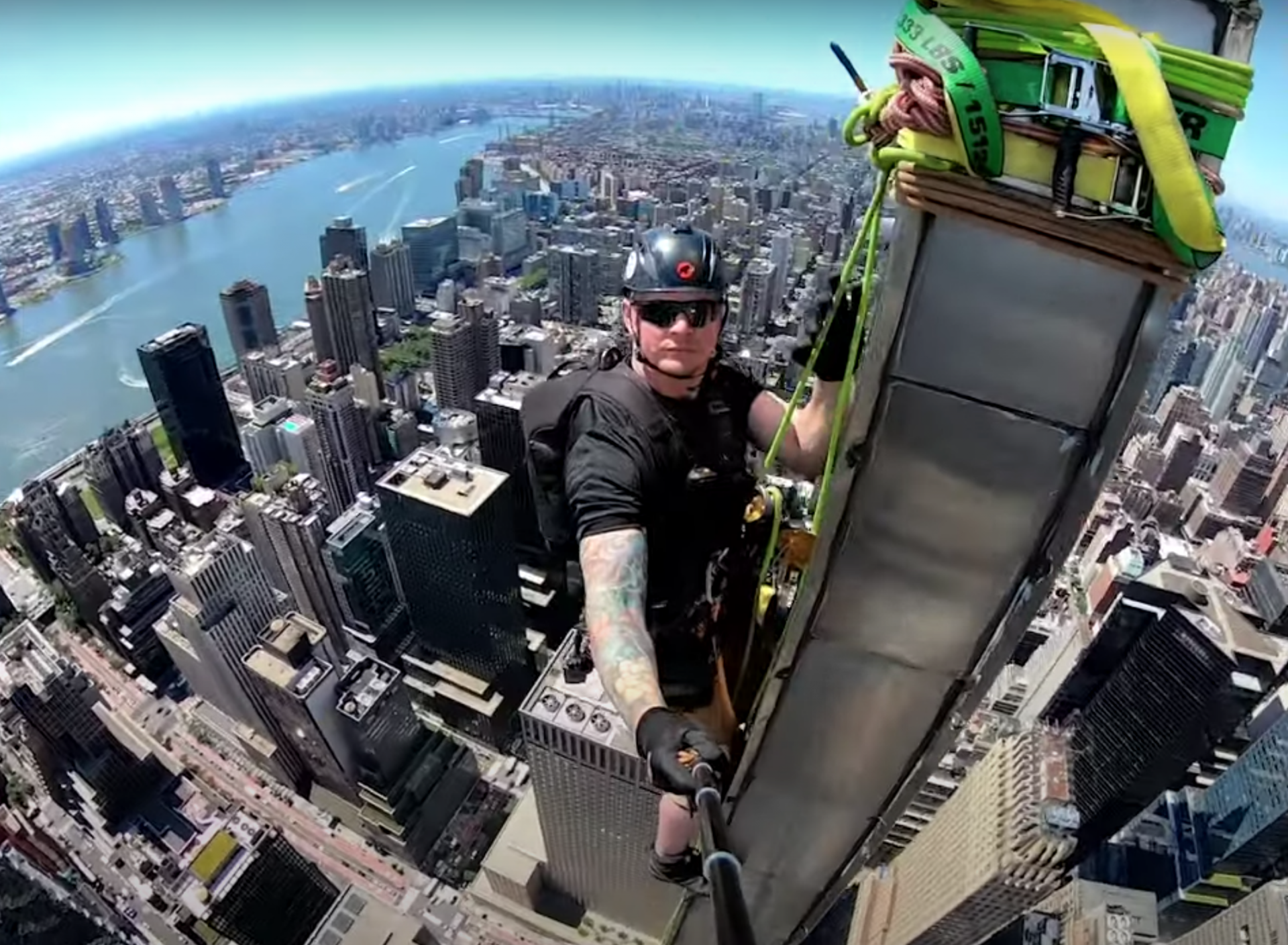