A mysterious Australian company by the name of CopterPack has just released a video of the first test flight of its prototype electric-helicopter backpack. And while technical details are scant (battery life, lift capacity, etc.), there’s no doubt the CopterPack can fly with a human pilot. And land with one too, which is just as important.

CopterPack recently uploaded a brief video of its first test flight. It’s unclear where, exactly, the CopterPack crew tested its creation. However, we’ll go ahead and guess this test site is on some particular slice of Australian beach. Perhaps even one close to where all the sea snakes keep showing up.

In the video, the nameless pilot takes off from a standing, stationary position on the ground. He then proceeds to ascend vertically like any run-of-the-mill RC drone, or a VTOL aircraft for that matter. The pilot then spends the next forty seconds or so zigzagging in the air above the beach, showing off his skills. (It’s hard to say exactly how high in the air the pilot is, but we’re guessing thirty or forty feet.)

After descending, the pilot lands just as smoothly as he took off. In part thanks to the fact that the carbon-fiber rotors have a “self-leveling autopilot” feature. Which we’re assuming is continuously active, and what’s behind the backpack’s dual rotors constantly tilting forward and backward.

Unfortunately, CopterPack really doesn’t offer any tantalizing information teasing the backpack’s long-term capabilities. We imagine the battery would severely limit flight time, however. Although, in theory, the company could just keep sizing up both it and the rotors; eventually it’d just become an aerial taxi drone. Another benefit of an electric flying mechanism is the fact that it’s relatively quiet. But even with those benefits considered, it’s hard to see these electric jetpacks taking off in the mainstream. 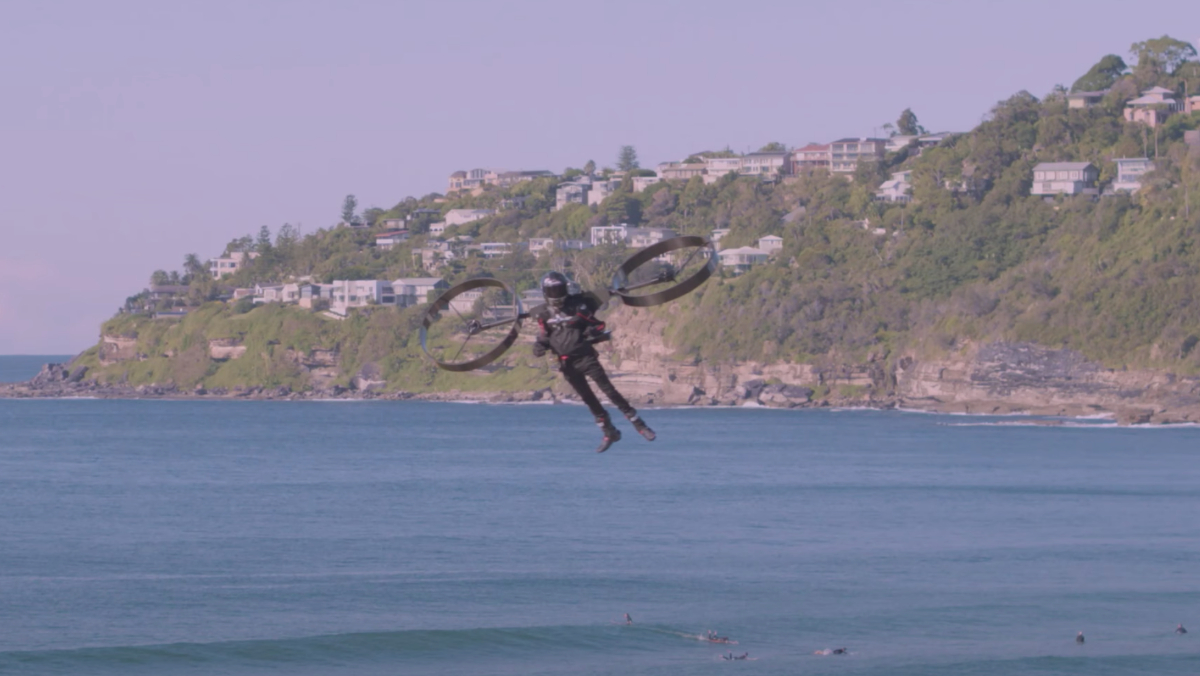