As people continue to build skyscrapers that soar toward the heavens—and cause horrible traffic congestion because most cities’ transportation grids aren’t 3D—the world’s tallest towers continue to push the envelope in terms of size. But height isn’t the only size stat that matters for superlative skyscrapers; total area, likewise, is important. Here with a comparison of both is YouTube channel The B1M.

The B1M, a UK-based channel devoted to all things construction, recently posted the video above. The channel notes in the video’s description that taller doesn’t always mean bigger. And that this comparison offers “the TRUE scale” of the world’s tallest buildings.

Speaking of which, the video focuses on about ten of the world’s largest and tallest skyscrapers; highlighting the fact that the tallest towers don’t necessarily have the largest overall area. The Burj Khalifa in Dubai, for example, is by far the world’s tallest building, yet doesn’t crack the top ten in terms of overall size. (For reference the Burj Khalifa is 2,227 feet tall and has 3.3 million square feet of space.) 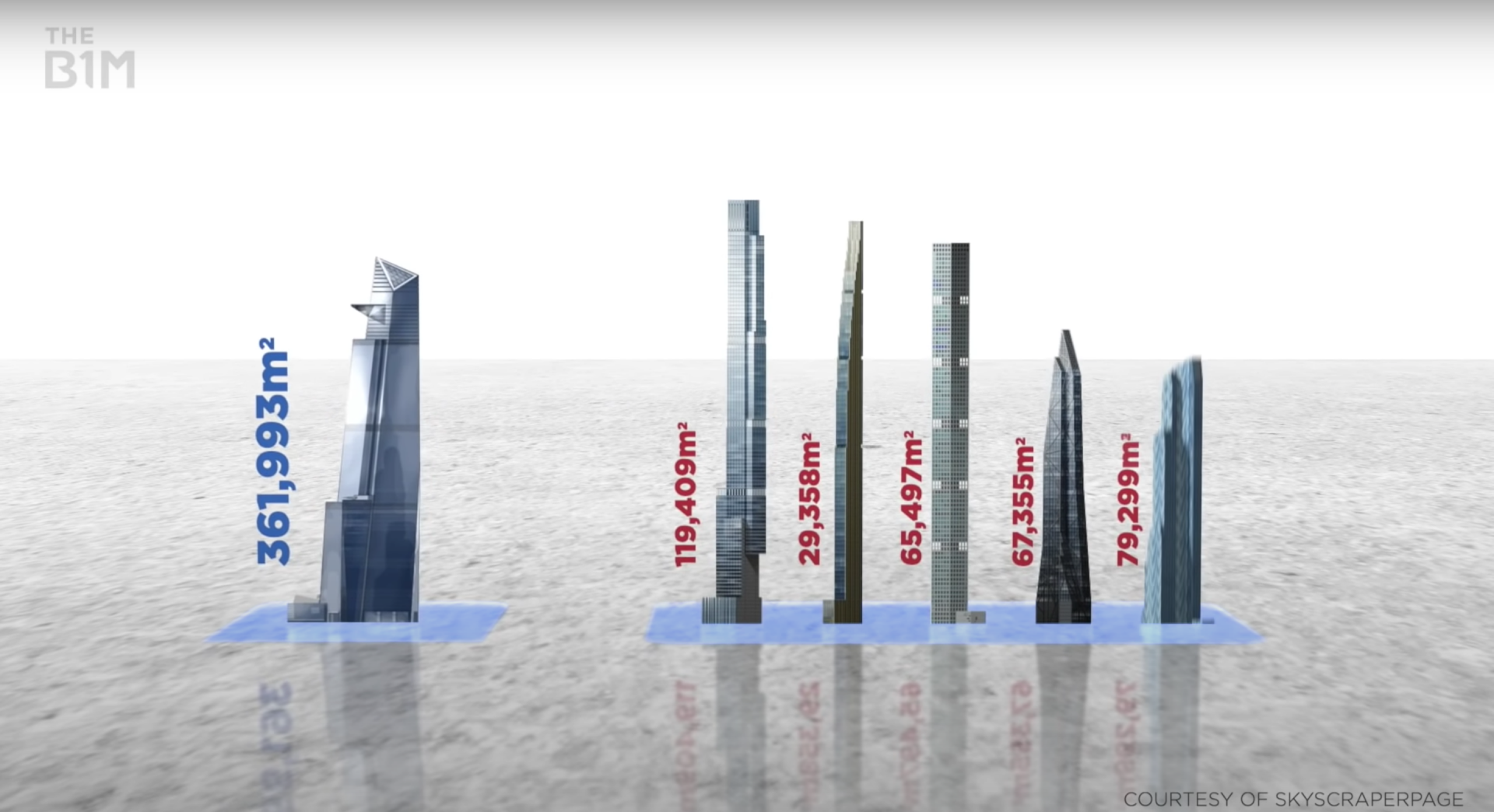 In regards to the largest building by area, that title goes to the Ping An International Finance Center in China (below). The Ping An is only 1,965 feet tall, but has more than 5.3 million square feet of space. Which is more usable area than there is in all of Vatican City. And that’s not even including its five-level, 968,000 square-foot basement. 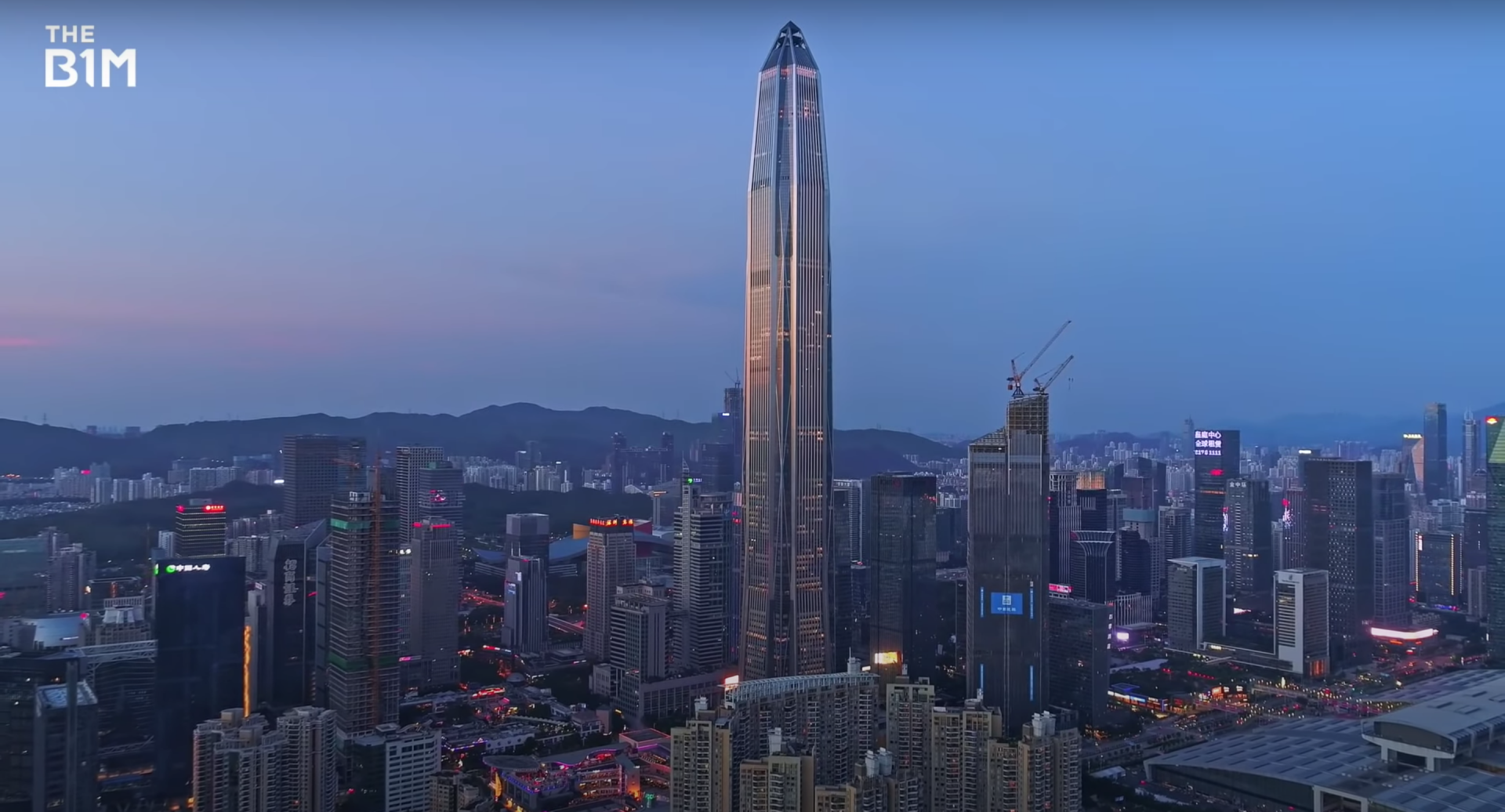 There are other towers in the comparison that obviously don’t hold either size title, but do hold a place in our hearts. Like 30 Hudson Yards in Manhattan, which looks a bit like the Stark Tower Complex with its jutting terrace. Or 111 West 57th Street (Steinway Tower), also in Manhattan, which, when completed, will be the world’s thinnest skyscraper. Fat stacks of cash will still be required to actually live in the building, however, as it’s situated on the urban center’s so-called Billionaire’s Row.