7 DC Villains Who Should Get JOKER-Esque Solo Films - Nerdist

7 DC Villains Who Should Get JOKER-Esque Solo Films

With Todd Phillips’ Joker clearing a billion dollars at the box office many have wondered what other DC villains might be the next to get the solo origin movie treatment. Although rumors have been running rampant that Phillips has been developing a series of stand alone villain movies for Warner Brothers, that has since been debunked by Deadline. Nevertheless, it is inevitable that DC and WB follow up Joker’s success with something in a similar vein, whether with Phillips or not.

But which DC baddies should get their own standalone films? Here are seven classic rogues from the pages of DC Comics that I feel could make for very dark and compelling films, with only a hint of their heroic adversaries even needed. 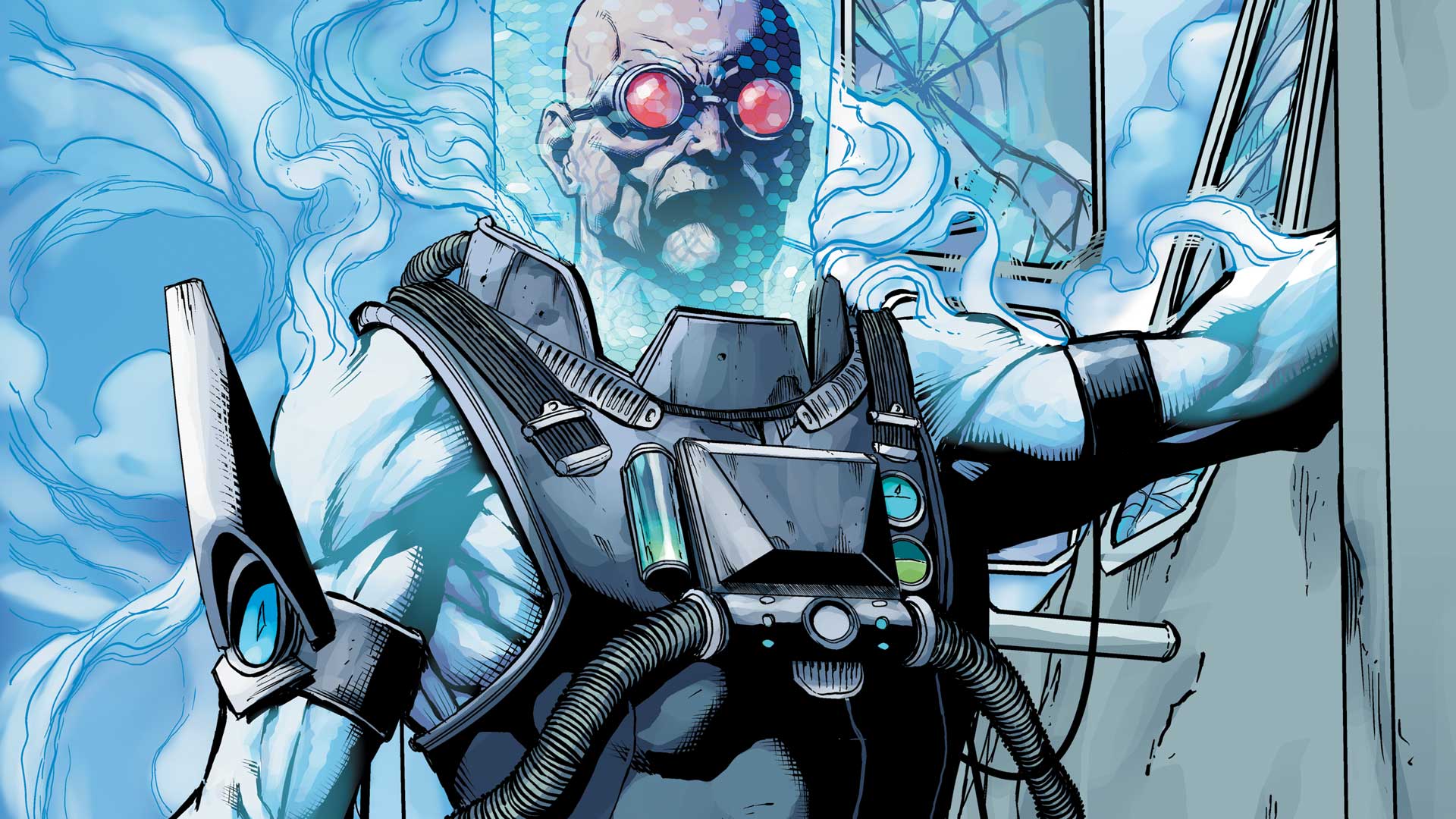 While classic Batman rogues like Riddler, Catwoman, Penguin, and possibly Two-Face are gearing up for appearances in the upcoming Matt Reeves Batman movie, that leaves one of the Dark Knight’s best rogues sitting on the sidelines: Mister Freeze. The ice wielding villain hasn’t had a live-action incarnation since his unfortunate portrayal by Arnold in Batman and Robin. But I think  it’s time for a proper redemption, in his own solo film.

Victor Fries’ tragic backstory was created for the wonderful episode “Heart of Ice” in Batman: The Animated Series; he’s a man trying to save his dying wife only to become a sub-zero monster. This story could be expanded upon for a proper origin movie. Much like with Joker, Batman doesn’t even have to show up, just one or two references perhaps. With the title Frozen kind of already taken, I think the movie should simply be Freeze. 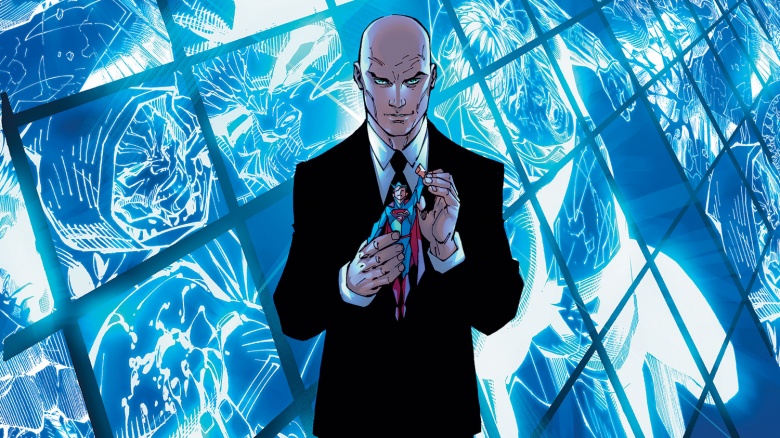 Although Superman’s #1 nemesis has been around almost as long as the Man of Steel himself, one can say it wasn’t until the post-Crisis DC reboot that the modern Lex Luthor really took hold. Reinvented in the ’80s from a scheming mad scientist into a powerful business mogul who ran the conglomerate LexCorp, he became incensed upon the arrival of Superman in Metropolis.

Now realizing he wasn’t the most powerful man on Earth, it created a dynamic not dissimilar to that of musician Antonio Salieri and Wolfgang Mozart in the film Amadeus. One man who seemingly has it all, including power and influence. But he is nevertheless insanely jealous of another who is special in ways he simply can never be. And it should be noted that a movie about a corrupt billionaire who is both petty and vicious could be particularly timely right now. Ahem. 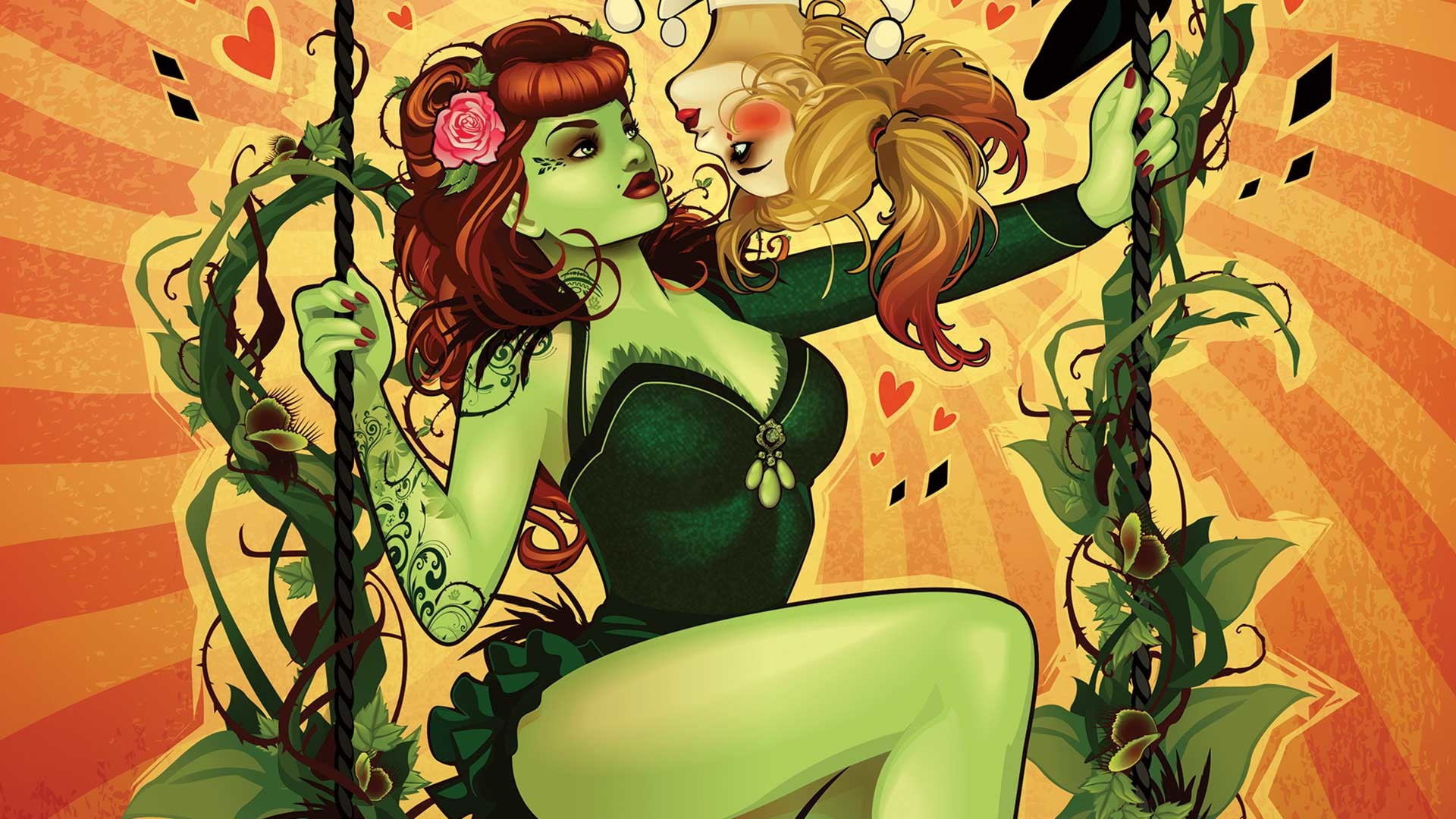 Another of Batman’s long list of tragic villains who has enough of a “good side” to at least sometimes be considered an anti-hero. Pamela Isley is a botanist who cares deeply about plant life and the environment, to the point where she doesn’t care if human beings have to die to save it. In some cases she is portrayed as a humanoid plant, and in others, she’s just a scientist with a penchant for using deadly plant based toxins. However they choose to roll with her in a live-action film, Poison Ivy could make for a very compelling protagonist, especially in our time of climate crisis. And if the sequel has her meeting and befriending Margot Robbie’s Harley Quinn? Even better. 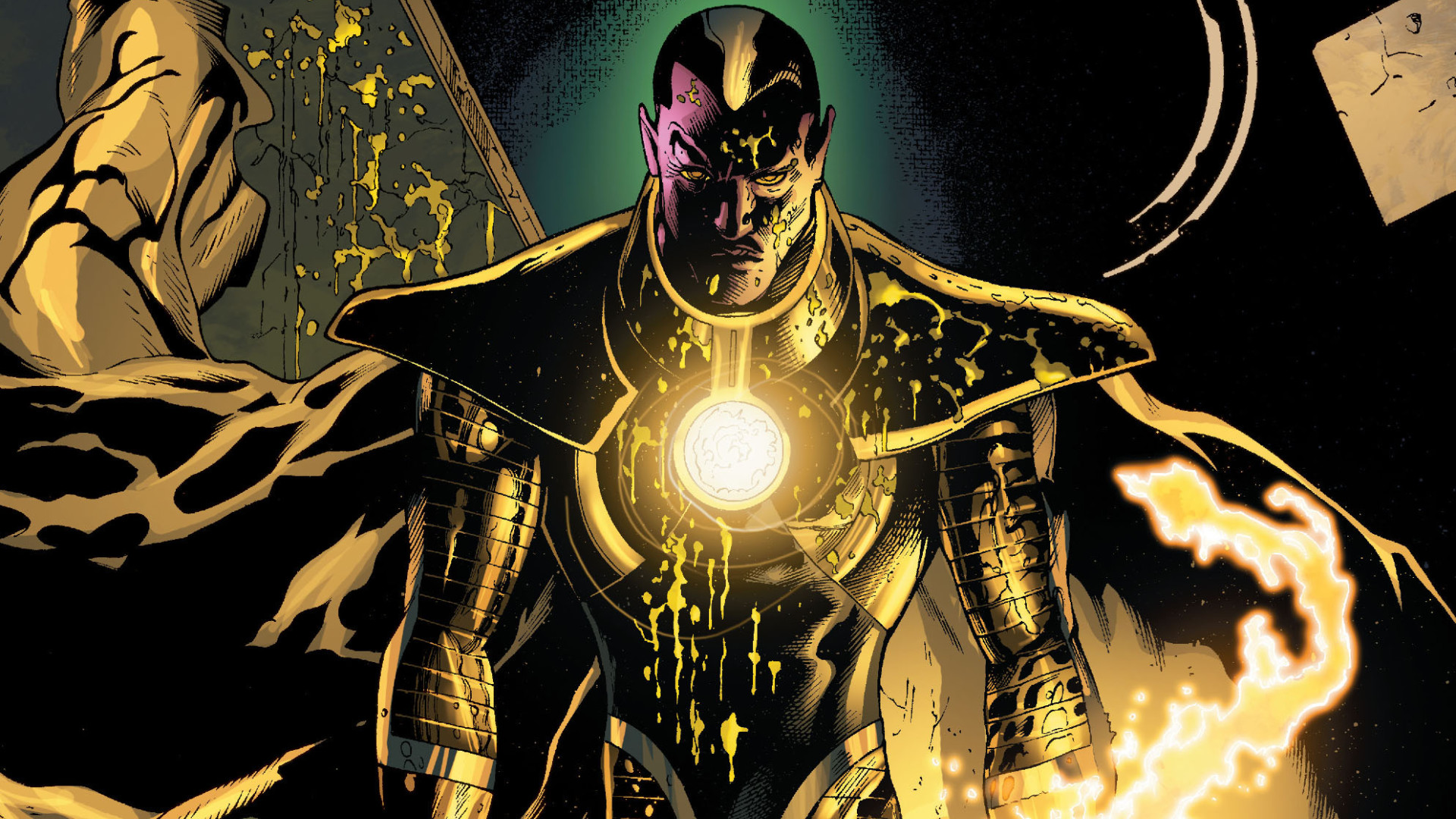 This one might be tough, because the only live-action Green Lantern the general audience has a reference to is that Ryan Reynolds movie from 2011. But should Green Lantern get revived in the public consciousness — perhaps on the upcoming HBO Max series — then a movie focusing on the rise and fall of his arch nemesis Sinestro could be one of the greatest villain films ever made.

In the comics, Thaal Sinestro was once the greatest of the Green Lantern Corps. But his fascistic tendencies caused him to abuse his power and turn his home world of Korugar into a police state. This caused him to be stripped of power and exiled. A film could focus on how this disgraced space cop then clawed his way out of extra dimensional exile and formed a rival “space cop” force of his own could be fascinating. And if I may be so bold, I say just recast Mark Strong. He was a great Sinestro in Green Lantern, and could use a better film to shine in. 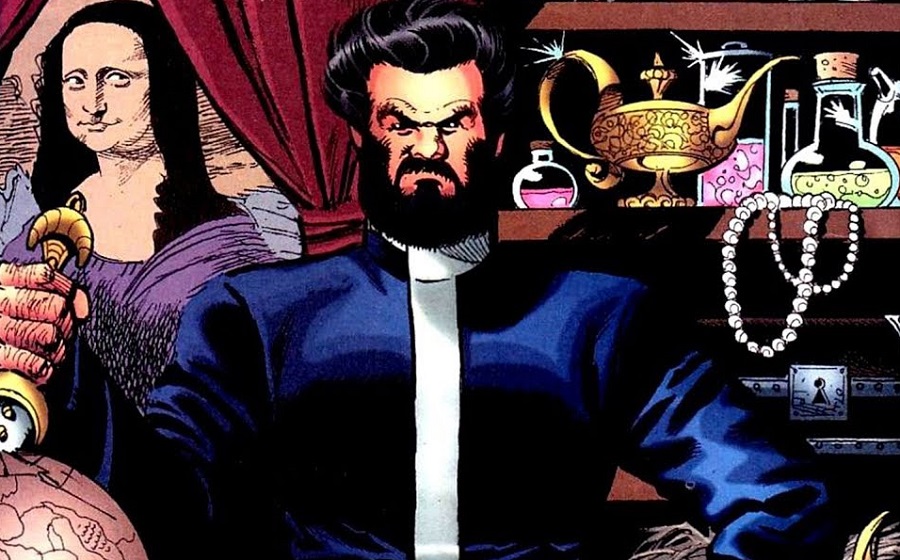 One of DC Comics’ longest running villains first appeared back in 1943, in the pages of the Golden Age Green Lantern. Since then, this immortal villain has been revealed as having been a part of shaping world history since the dawn of civilization. Savage was once a cave man who was granted immortality from an alien source, and used his influence to climb to positions of power in different eras, and in different parts of the world. A big screen take on Savage could be how this immortal despot felt after the arrival of metahumans, and how he saw the aliens and gods as a threat to his millennia of being the only game in town. 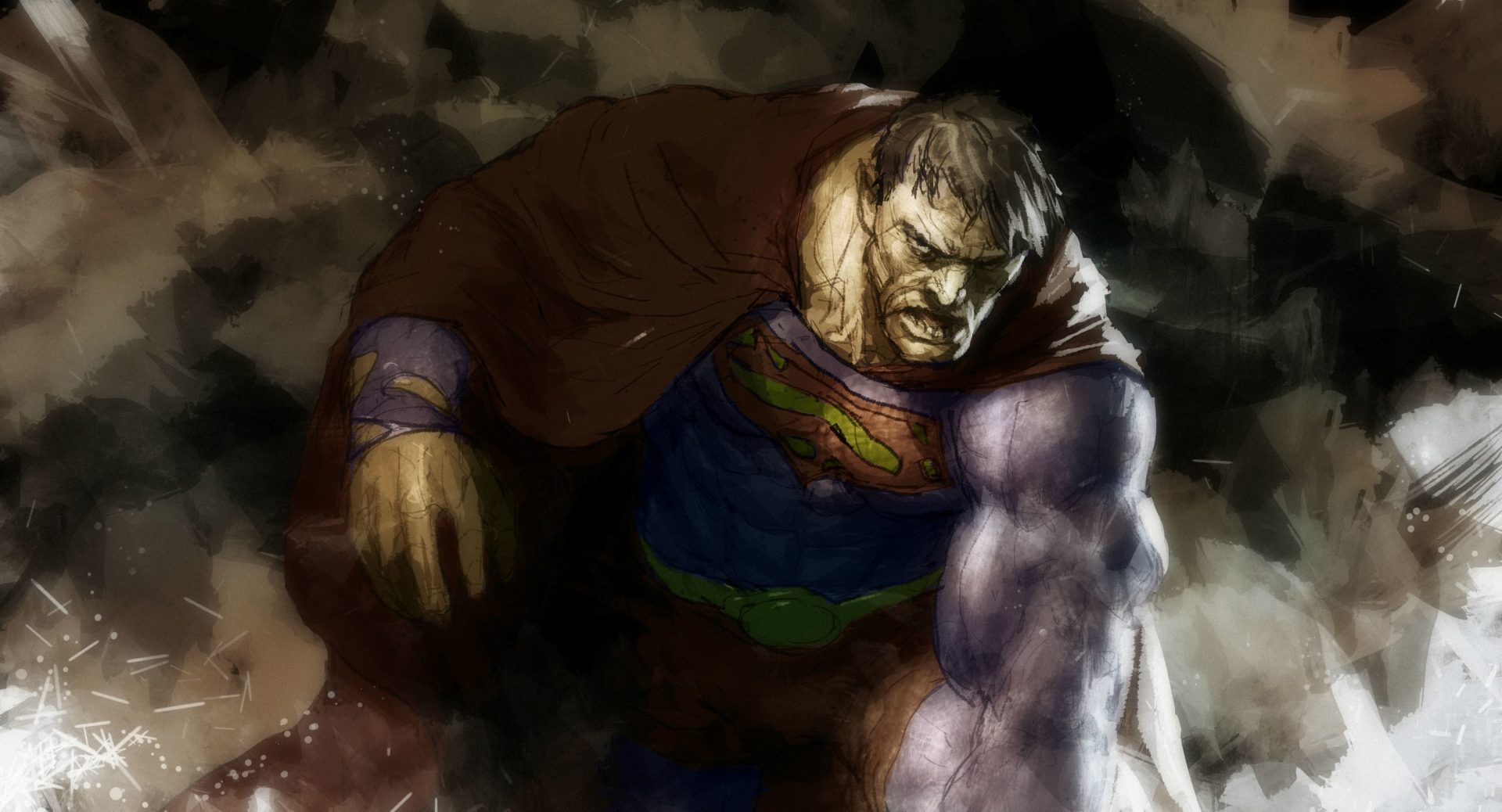 We think a movie about Superman’s zombie-like clone Bizarro would be the best way to tell a villain origin story, but one in a more traditionally horror like vein. Imagine a Frankesntein-like story, only set in the world of superheroes. We could see a film where Superman dies, and a mad scientist (Lex Luthor) decides to play with nature and “bring back the dead.”

But the results are a of an experiment gone wrong, a confused and mentally damaged creature with the power of a god and no self control. And since DC has James Wan in the house, having directed Aquaman for them last year, we nominate him for the job. After all, Wan’s first love is horror, having created both the Saw and Conjuring franchises. Bizarro in his hands could be astonishing

Although originally introduced in the pages of Justice League of America, this group of villains based on playing card motifs were eventually sidelined into obscurity in the comics. But then Bruce Timm recreated them for the DC animated universe, first on Batman Beyond and later Justice League Unlimited. And their television incarnations were far more compelling than their comic book counterparts ever were.

In their modern iteration, the Royal Flush Gang was a group of metahuman teens who were created by a secret government cabal. They were then discovered by the Joker and became his pawns, thus their playing card names. They eventually become a crime family in Batman Beyond’s future. This could be a fascinating live-action movie, about how super powered kids end up in a Manson-like cult following a deranged madman. And having the Joker connection couldn’t hurt the film’s box office potential.