What MINDHUNTER Gets Right About Charles Manson And His Family - Nerdist

What MINDHUNTER Gets Right About Charles Manson And His Family

Charles Manson is a name that lives in infamy. Even his death in 2017 didn’t silence fascination with the cult leader and orchestrator of a string of infamously ghastly crimes. Just this year, Manson has been the subject of two major projects: Quentin Tarantino’s Once Upon a Time… in Hollywood and the second season of Netflix’s Mindhunter. The former only tangentially grapples with the lure of Manson and the strange effect he had on the young hippies who assembled around him and thought of him as their god. But Mindhunter gets at something deeper. It’s more than just the extended screen time with Manson (who, in a bit of strange alchemy, is played by Australian actor Damon Herriman—the same actor who portrayed a younger Manson in Once Upon a Time… in Hollywood). As Mindhunter is wont to do, the show dissects Manson and his criminology, as well as the Family members who killed for him.

Here’s a breakdown of Mindhunter‘s Manson segment and what the show gets right about the psychology of the Family.

In the very first episode of the series, FBI agent Holden Ford (Jonathan Groff) expresses a blatant fascination with Charles Manson. The show blends reality with fiction—Ford is a made-up character, Manson is very much real—but uses true-life facts about Manson’s crimes that show why he’s such an alluring subject for investigators. Unlike the other folks Ford and his partner Bill Tench (Holt McCallany) interview for the FBI’s Behavioral Science Unit, Manson isn’t a serial killer—not directly, at least. At his peak, he was leading a cult of Californian hippies at an old movie ranch in Chatsworth, just outside of Los Angeles. Drunk on power, he carefully orchestrated the murders of at least seven people, including pregnant actress Sharon Tate. The attacks were part of an elaborate fantasy Manson concocted that he called “Helter Skelter” (named after The Beatles song). He believed black people were going to incite a race war against whites, which would lead to an apocalyptic collapse of society. Manson convinced his Family that they could get ahead of the war by committing murders and leaving behind clues that made them look like black gang crimes. Before the four Family members who carried out the murders—Tex Watson, Susan Atkins, Patricia Krenwinkel, and Leslie Van Houten—left the crime scenes, they scrawled phrases like “death to pigs” on the walls in their victims’ blood.

Helter Skelter was a phrase immortalized in Vincent Bugliosi’s true crime opus of the same name, and is the widely accepted truth of why Manson carried out of the murders. But there exist a whole swath of other possibilities. Many border on conspiracy, but there’s one that actually makes a heap of sense and could very well be the “real” truth: that the Family committed the crimes to get one of their imprisoned members—Bobby Beausoleil, incarcerated for the murder of Gary Hinman—released. Mindhunter explores this possibility throughly in season two, when Ford is finally granted the opportunity to talk to Manson and Family member Tex Watson. 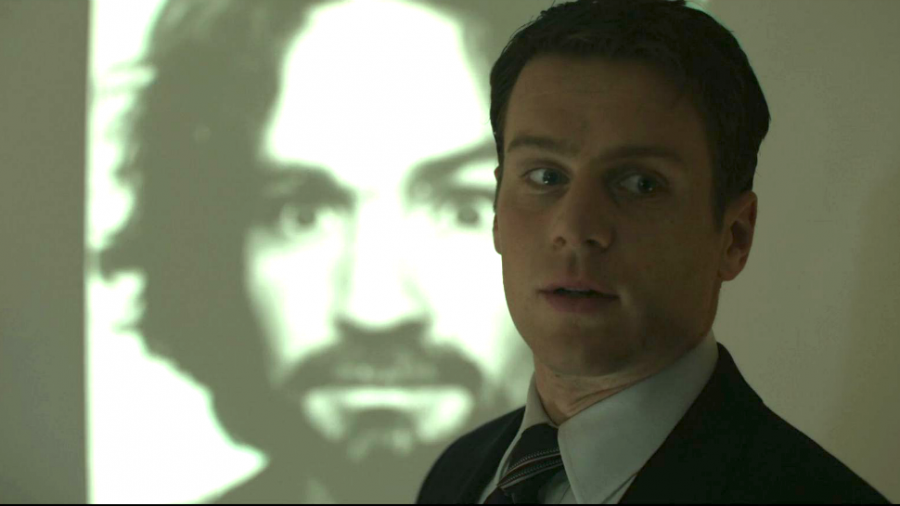 Manson is portrayed with an intense veracity by Herriman, who nails Manson’s physicality and nearly nonsensical way of turning a phrase. “That is gone in the past, and when it is gone it is gone, brother,” Manson says when asked about August 9, 1969—the night Sharon Tate was killed. It’s his own way of lacing his crimes with a weird poeticism, something he was known to do in real life as he evaded any direct responsibility. But he is very clear with both Ford and Tench that the “Helter Skelter” plot was concocted by the “district attorney”—Bugliosi—as “a reflection of his fears.” The fears many straight-laced 60s folks had about hippie culture: that it was poisonous, dangerous, deadly.

In the case of the Manson Family, that suspicion was proven correct. But Mindhunter asks us to reconsider the facts. Were the murders really a high-fantasy commentary on racial politics in 1969 Hollywood, or were they the chaotic result of poor planning to free a friend from prison? Either way, the cost of life was astronomical and the effect on culture massive—the “whys” matter less than the result. But Mindhunter is all about the whys; it’s why the BSU profiles serial killers in the first place—to map the psychology of killers, to figure out motivation as a means of quelling that chaos. In the case of Manson, it wasn’t one man pulling all the strings, but a nest full of violent perpetrators. The Manson scene is merely a prelude to the real grit of the story: Holden’s interview with Tex Watson. 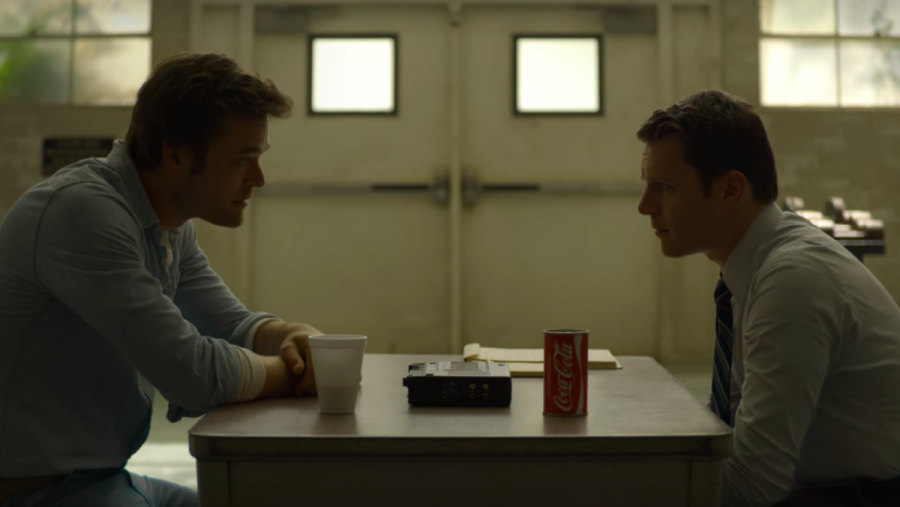 Like Manson, Watson was a lost soul, a young and malleable man who was prone to violence. When Holden profiles him, he’s soft-spoken, almost tender. He sheds light on the Family’s activities: How Manson conditioned his followers, loading them up on drugs before sending them on “creepy crawlies” where they broke into houses and messed up the furniture. Watson dismisses the idea that the murders were anything other than Helter Skelter; he says that Manson was always preoccupied with end of days scenarios. “There is freedom in that,” Watson says. “If there’s no tomorrow, there’s no consequence.” He depicts Manson as a man who stole his conscience, and the conscience of his followers. But then Watson does something very interesting: He takes credit for every murder at the Tate household. The real Watson did this as well, even though it’s incorrect. Patricia Krenwinkel killed Abigail Folger that night, and has told her story for decades. Watson, for all of his soft-mannered self awareness, is no different than the Manson who brags that he stole the sunglasses Ford willingly gave him—an egotistical maniac obsessed with his own legacy. Selfish egos killed those seven people; that’s the real truth of it, no matter how it’s dressed up.

After the interviews, when Ford and Tench reconvene at Quantico, their colleague Dr. Wendy Carr (Anna Torv) gets into the nature of this duality, and how it’s possible that both things are correct: that Manson really did believe in Helter Skelter and that Watson orchestrated the murders on his own agenda. “What if the point of Helter Skelter wasn’t a race war? What if it was about control?” she wonders. She also acknowledges something Tench is hesitant to admit. “Manson found the right people. Primarily people with untapped potential, people who saw themselves as outliers, people who only had to have their fear removed to do what they did. He simply helped them be what they were.”

It’s a controversial line of thinking, one that was stoked in conversations after Once Upon a Time… in Hollywood as well. Removing the veil of mere corruption, and pondering the darker truths—that monsters are everywhere—is where Mindhunter excels. The show’s refusal to dismiss the crimes of the murderers—and not just Manson—is its strength, making this one of the most complete and meaningful depictions of Manson and his Family to date.