When you think of James Wan, you probably think of horror movies. Not surprising, considering his résumé includes films like the creepy AF Insidious and the first Saw movie, which incidentally places him at the head of a blood-and-torture franchise that seems like it won’t stop production until at least the heat death of the universe. What you may not think of are things like beauty and magic. But that’s what he’s going for with the upcoming Aquaman movie, out December 21. Well, sort of.

“I haven’t set out to make a horror movie,” he explained during an interview on the Aquaman set in Australia. “That’s not what this is about!” That said, it’s hard to shy away from the more unsettling aspects of delving way the heck down into the ocean depths. “There’s all these creatures that live down in the ocean that are dangerous to humans,” Wan said (and the Australia-based director would know; two of the world’s deadliest jellyfish species inhabit the ocean around the land down under, along with the ultravenomous blue-ringed octopus, the bull shark, and the stonefish, which has a venom-filled sting).

He continued, “It just so happens that you’re dealing with a world that is beautiful, magical, but at the same time scary as well. People are terrified of the ocean because they don’t know what’s down there… I want to capture the fear that we have of the ocean, the scariness, but at the same time the magic and wonder that comes with it.” Ah, yes, the magic and wonder of brushing against what you thought was seaweed and then immediately contracting a bad case of death by jellyfish. 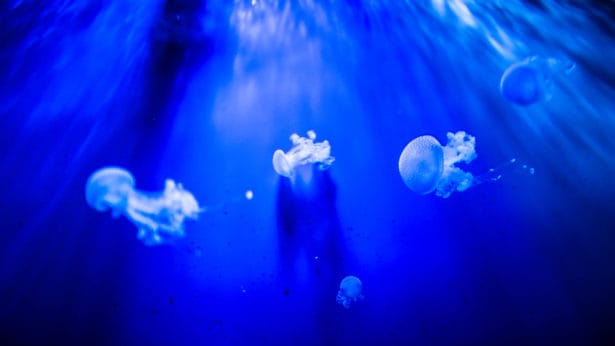 The box jellyfish, found off the coast of Australia. Isn’t it gorgeous? IT WILL KILL YOU.

Accordingly, said production designer Bill Brzeski, Atlantis is populated by some freaky-looking folks—i.e., the citizens of the Trench Kingdom. In Aquaman, the world of Atlantis has seven kingdoms, one of which is located in the Marianas Trench in the middle of the Pacific Ocean. The Trench Kingdom’s inhabitants are sort of like the mole people of the sea, having evolved in a lightless environment tens of thousands of feet underwater. “The Trench [people] don’t even have eyes,” Brzeski said. “They can only come out at night […] They’re like those creatures that live way down by the volcanic vents down at the bottom of the ocean, with the little lights on their heads and the big teeth and you can see through their skin. That’s what we model them after.”

No wonder Wan described the Trench Kingdom inhabitants as “fun sea creatures that Lovecraft would love.” Imagine surveying the kingdoms of your newfound ancestral homeland and then BOOM, city full of these: 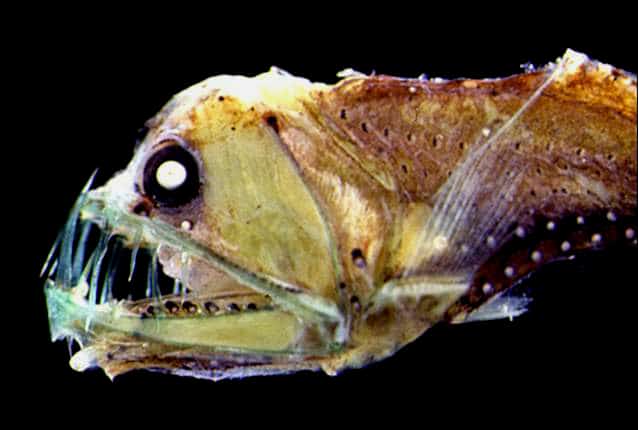 The ocean is wondrous

Like their real-life inspirations, the people of the Trench Kingdom aren’t far off from what Giger might have come up with if he’d taken up scuba-diving. In one Trench Kingdom sequence, Brzeski revealed, two lovers taking a romantic boat ride soon discover that they’re on “the boat ride from hell, because these creatures are just ripping them apart, and they want to eat them and kill them.” The savagery, the suspense, the all-around freakiness, is “James’ horror film expertise coming into play.”

Sounds chilling. Gory, even. But isn’t that level of suspense what good superhero movies are all about? A horror movie hinges on the audience fearing for the protagonists’ lives/limbs/immortal souls. A superhero movie thrives on the audience worrying whether the hero will really be able to defeat the latest threat to the universe as we know it. Both require spot-on timing, evocative cinematography, immersive atmosphere, and, of course, a story that brings something new (or at least something less predictable) to the table. Maybe Aquaman‘s dose of deep-sea horror is just what the DCEU needs.

Do superhero movies need more horror? Less? Tell us what you think below!