Tackling the seemingly endless number of issues climate change poses is going to take tons of creative solutions. Luckily for all of us, there are lots of people out there taking the challenge seriously; deploying autonomous machines to clean out the world’s rivers, for example. Or feeding cows seaweed to limit their methane output. Or, in the case of the independent brewery, Young Henrys, using tanks of algae to mitigate its carbon footprint.

LIQUID GOLD... or should we say liquid green?​
​
​Our partnership with UTS Science allows us to house two algae tanks at our Newtown brewery, which bubble away, producing oxygen which offsets the CO2 from brewing.

DesignTAXI reported on Young Henrys use of algae tanks as climate change-busting devices. The brewery, located outside of Sydney, Australia, teamed up with the University of Technology Sydney (UTS) for the endeavor. With both organizations aiming to neutralize the carbon dioxide Young Henrys produces as it brews its beer.

In the video, which you can watch in full here on YouTube, Young Henrys co-founder Oscar McMahon and Dr. Janice McCaughly, walk through the process of how the algae consumes the CO2 produced by the brewing process. (The relevant part of the tour begins around minute 34.) And it is simultaneously magical, primordial, and a little bit like something you’d see on the set of a Bill Nye TV series. 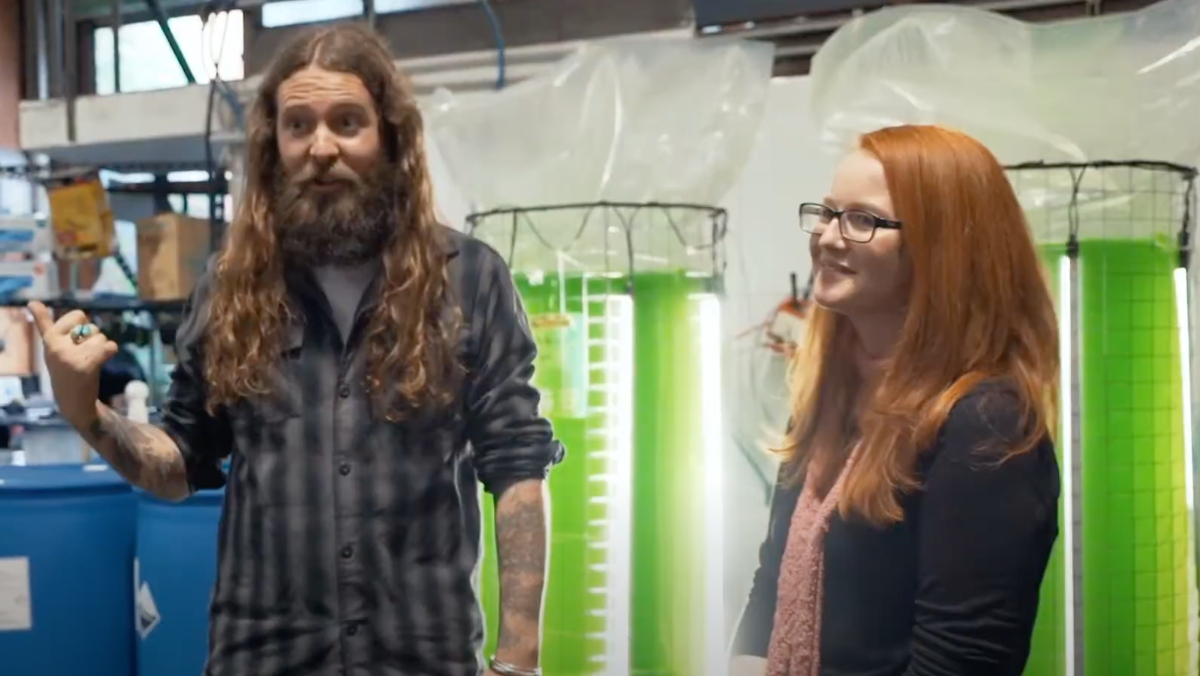 As McCaughly notes, the tanks of algae—which contain nearly five million microalgae cells—absorb atmospheric carbon dioxide that Young Henrys fermentation vessels produce. (Yeast gobbles up sugars to create alcohol, and CO2 is a byproduct.) The algae then uses light to convert the inorganic molecules into an organic one: glucose. In the process, the algae produces breathable oxygen, as well as biomass usable as a nutritional component, or even for plastic fibers. In total, a single one of Young Henrys breweries can produce as much oxygen as a hectare of Australian forest via photo synthesis.

Perhaps just as important as Young Henrys use of algae tanks is its use of solar panels. The company says that it has two community solar farms that provide their breweries with power. And because the algae tanks undoubtedly need electricity, that’s a good way to make sure the whole process stays (a bright, neon) green.