Bill Nye Returning to TV with THE END IS NYE - Nerdist

Bill Nye Returning to TV with THE END IS NYE

Bill Nye is returning to the small screen to educate the masses on science, at a time when dissemination of actual scientific knowledge seems to be at an all-time low. According to a report in Variety, Peacock has ordered a new series featuring the legendary “science guy.” And it has the genius title of The End Is Nye. (Whoever came up with that title deserves a raise.) Former Star Trek writer Brannon Braga and Family Guy creator Seth McFarlane are producing. 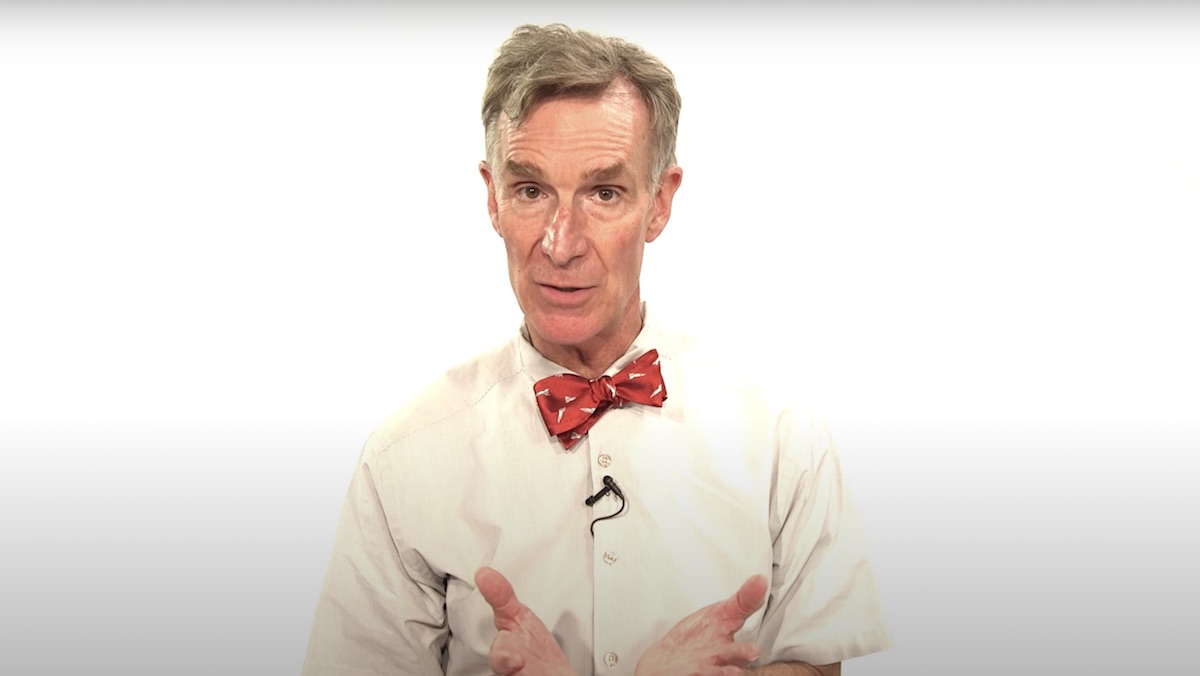 The basic premise for The End Is Nye describes the series as “diving into the myths and realities of both natural and unnatural threats, from viruses to volcanoes, asteroids to authoritarianism, and climate change to chemical warfare. The show offers a scientific blueprint for surviving, mitigating, and preventing such catastrophes from occurring.” All of this feels very timely and needed at the moment.

Brannon Braga, a key figure in the Star Trek franchise for well over a decade, will direct all episodes. Braga started out with his writing partner Ronald D. Moore on Star Trek: The Next Generation. Later, he became an executive producer on Star Trek: Voyager, and later, Star Trek: Enterprise. Seth McFarlane is known mainly for his comedic projects like Family Guy and Ted. But he’s also a big ol’ science nerd. A few years back, he executive produced the revival of the iconic Carl Sagan series Cosmos. Braga joined him on that endeavor as well.

Bill Nye has been keeping very busy since his ’90s heyday as the host of Bill Nye the Science Guy. He recently hosted the Netflix series Bill Nye Saves the World, and even acted in David Fincher’s feature film Mank. But educating the masses on science is where Nye truly belongs. And we’re very happy to have him back in that capacity.