How BLUE VELVET Set the Tone for David Lynch’s Filmography

Director David Lynch’s Blue Velvet celebrates its 35th anniversary this month. And for those of you who haven’t seen it, this cult classic was a cinematic game-changer. At its heart, Blue Velvet was a modern noir mystery thriller, set in the Pacific Northwest. Lynch had already made three films before Blue Velvet. But it was that fourth movie that really solidified what we think of today as “ Lynchian.” So many themes and visual iconography that Lynch would play with throughout the rest of his work were actually born of that film. 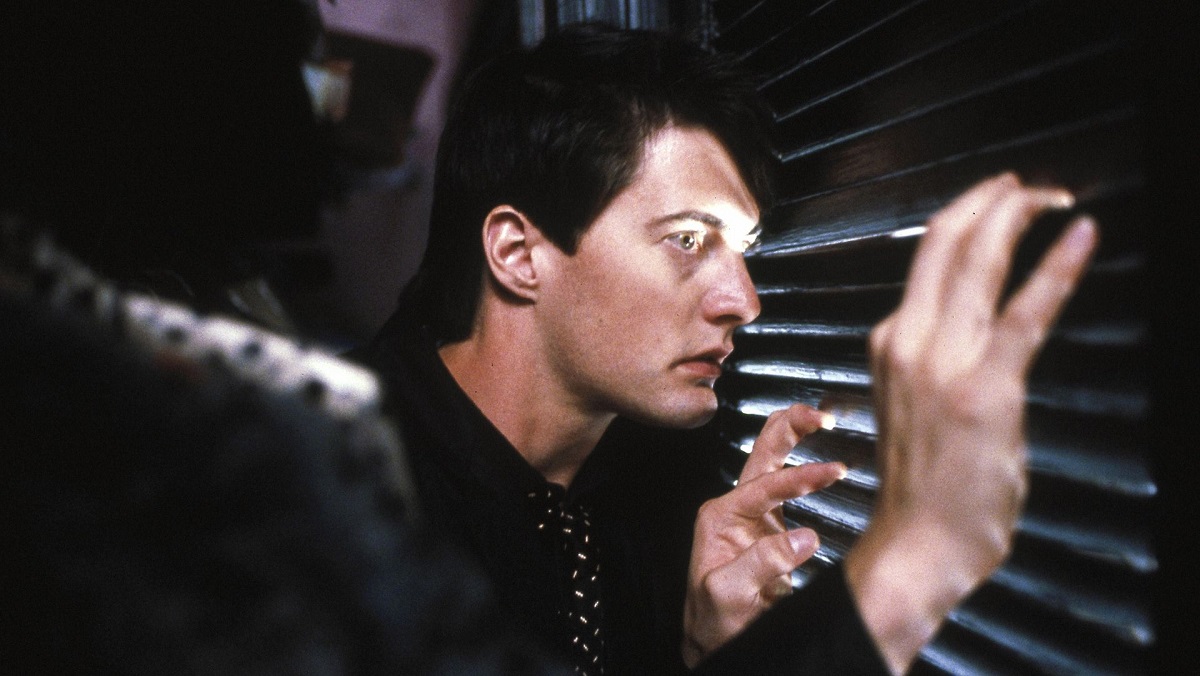 Blue Velvet centers on college student Jeffrey Beaumont ( Kyle MacLachlan) who discovers a severed ear in a field while visiting his childhood home. This find sends him on an investigation that plunges him into the world of sex and drugs hiding behind the white picket fence of All-American suburbia. An evil personified by Frank Booth, the psychopathic drug deal played by Dennis Hopper. Both Hopper and Lynch earned Oscar nominations for Blue Velvet. And it was the critical and awards success of this film that truly allowed Lynch the freedom to create his own worlds, which he continued to do for the rest of his career.

The Fourth Time’s the Charm

But why this film, and not any of the first four? Well, truth is, there are a lot of later Lynch signatures in his breakthrough film, Eraserhead. But that midnight movie classic had more in common with his student art films than anything he’d later produce for the big screen. And his following two films were adaptations of well-known stories: The Elephant Man and Dune. Yes, some of his trademark Lynch-isms were present. But they were far more sublimated, as he served pre-existing material.

Here are several themes and visual motifs from Blue Velvet that continually pop up again and again in Lynch’s work. Some are obvious, while others less so. But we’ll start with the one that even the most casual of Lynch fans knows.

To mainstream audiences, the original 1990 television series Twin Peaks will always be David Lynch’s most well-known work. But stop us if you’ve heard this one before: a compelling mystery, set in the Pacific Northwest, with a young detective version of Kyle MacLachlan investigating. That’s Twin Peaks in a nutshell, right? Well, it was all Blue Velvet first.

Sure, key differences exist. In Blue Velvet, the central mysterious discovery is a severed ear, not a dead body. And Kyle MacLachlan is a student, not a seasoned F.B.I. Agent. There is also nothing supernatural about the goings-on in Blue Velvet, unlike in Twin Peaks. But in so many ways, the noir mystery of the sleepy logging town of Lumberton is the blueprint for the sleepy logging town of Twin Peaks. So much so, that Blue Velvet sometimes feels like an early pilot episode for Twin Peaks that later got reworked.

Some directors have specific composers that have become synonymous with their work. Think Steven Spielberg and John Williams, or Tim Burton and Danny Elfman. But David Lynch’s movies are just as associated with composer Angelo Badalamenti. His haunting music drenches Lynch’s film in a certain mood. He knows how to perfectly evoke ’50s doo-wop music and the haunting drones which infer so much dread. And that association began with Blue Velvet. From the opening theme to “ Mysteries of Love,” this was a match made in heaven. And that collaboration all started with Lynch’s fourth film. 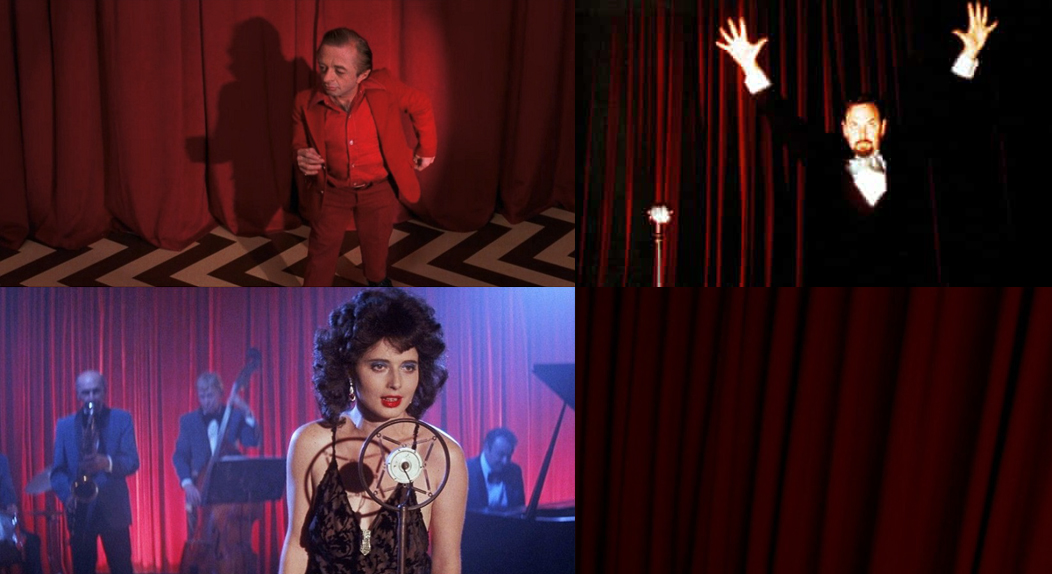 David Lynch sure loves some red curtains. They serve as a visual signifier and continually reappear in most of his films. In interviews, he h as said “curtains are magical. You pull them back, and it’s like entering another world.” We do see curtains on stage in Eraserhead, to be fair. But since that movie is black and white, we don’t know if they’re red. But from the moment Dorothy Vallens sang “Blue Velvet” on stage at the Slow Club in front of red curtains, it’s been a recurring motif for Lynch. We see them in Lost Highway, at Club Silencio in Mulholland Drive, and of course, most famously in Twin Peaks’ Black Lodge.

“A Woman In Trouble”

David Lynch is notorious for not explaining what his movies are about. In more than one movie, however, he’s simply described his films as being about “a woman in trouble.” The character of Dorothy Vallens, played by Isabella Rossellini, was presented as femme fatale at first, only for the audience to discover she’s the one in danger. Her life and mental health are constantly under threat. Although Kyle MacLachlan’s Jeffrey Beaumont is our POV character, it’s the plight of Dorothy Vallens that has our emotional investment.

Well, aside from Wild At Heart, his 1990 road epic, the very same can be said about all of his subsequent movies. Twin Peaks: Fire Walk With Me? All about the tormented and doomed Laura Palmer. Lost Highway’s central mystery centers on Patricia Arquette’s mob moll Alice Wakefield, who may or may not also be murder victim Renee Madison. Mulholland Drive doubles down on this premise, with Naomi Watts playing troubled actress Betty Elms, who is the fantasy persona of Diane Selwyn. And Lynch’s last film, Inland Empire, went there as well. Aside from Lynch’s off-brand 1999 film The Straight Story, every David Lynch movie after Blue Velvet featured this theme. 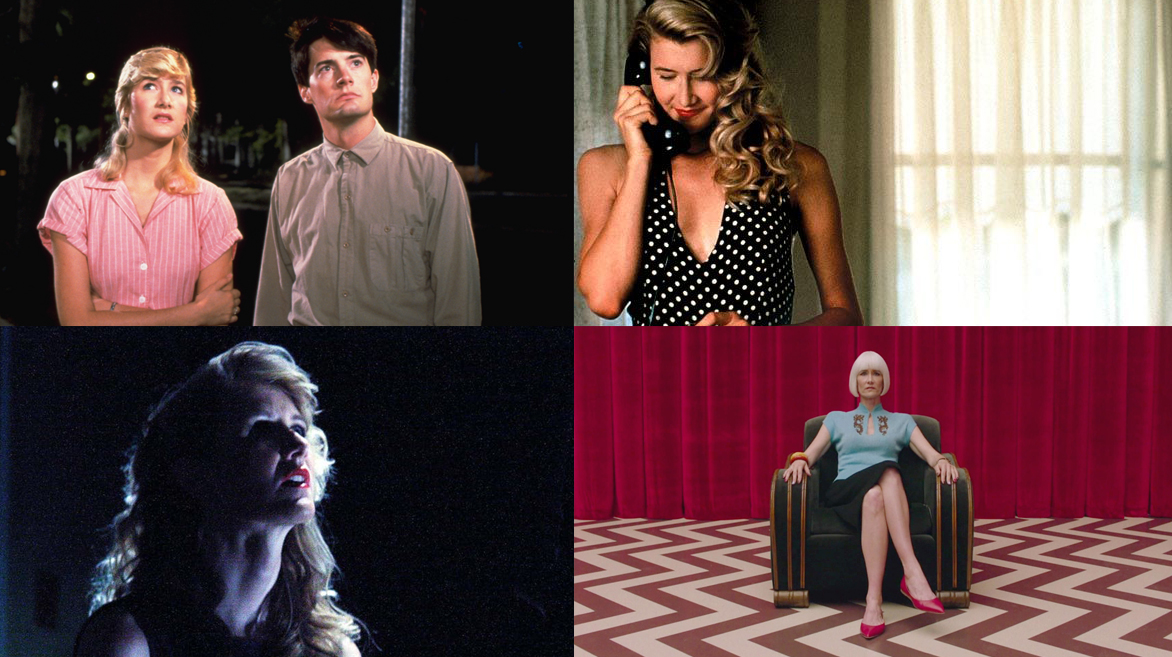 If David Lynch has a recurring muse in his filmography, it’s actress Laura Dern. She has starred in five separate Lynch projects over the years, including Wild at Heart, Industrial Symphony No.1, Inland Empire, and most recently, Twin Peaks: The Return. But she and Lynch first worked together making Blue Velvet when Dern was a teenager. Lynch has several actors he works with repeatedly to be sure. But none have had as enduring a working relationship as the one with the actress he’s nicknamed “ Tidbit.” Dern has described Lynch as a father figure and mentor to her. She’s been a “good luck charm” in his movies ever since playing Sandy in Blue Velvet.

If you’ve ever wanted to see one movie that sums up the Lynch vision, then Blue Velvet is the one. Not only is it a masterpiece, but its tone and feel are pervasive in nearly every other project Lynch has done in the subsequent 35 years. As Kyle MacLachlan says in the film, “It’s a strange world, isn’t it?” That statement sums up why Blue Velvet remains the most quintessential David Lynch film of all.