Wednesday brought the first trailer for Denis Villeneuve’s Dune. An adaptation of Frank Herbert’s novel Dune, the first book in a series set in this world, the movie stars Timothée Chalamet as Paul Atreides. Paul and his coming of age during a moment of tragedy for the Atreides is at the heart of the tale. But Chalamet isn’t the first character to play Paul Atreides. Other directors have adapted Dune for the screen, most notably David Lynch. His 1984 spin on Dune starred Kyle MacLachlan as the young Atreides. It’s a convoluted movie, but hey, the source material is rather convoluted. And now that we have the first look at Dune 2020, we can compare it to Dune 1984. 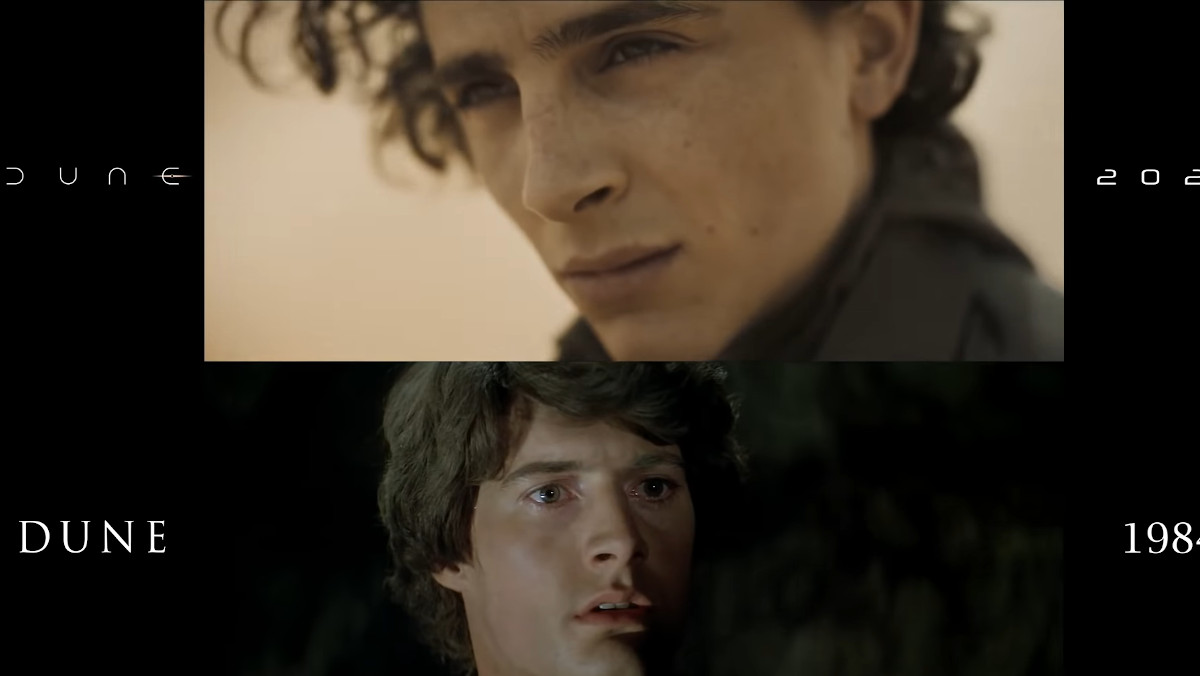 YouTuber Matt Skuta and IMDb both cut together side by side comparisons showing shots from the new trailer for Villeneuve’s Dune with imagery from Lynch’s 1984 film. It’s interesting to look at the framing, the sets, the costumes, and the color language between the two films. I see more similarities than I expected though of course the difference in visual effects between 1984 and now stands out. Take a look:

The personal shields—used for defense—look wild in Lynch’s film. And that’s just a small part of the Dune universe. The story unfolds on the desert planet Arrakis, also known as Dune. The sweeping sands present in many scenes in both films are the stage for a massive political shift. The Emperor has forced the Atreides to leave their home planet of Caladan and to go to Arrakis and take over rule from the Harkonnens, their enemies.

I hope people keep making these side by side edits as we get more footage from the new Dune, which is set for theaters on December 18, 2020. Be sure to check out all our Dune content from explainers, to glossaries, to character breakdowns.