Fifty years ago this summer, one of the most notorious crimes was carried out in the deep hills of Benedict Canyon, California. The Manson Family terrorized Hollywood in 1969, killing eight people that August, and leaving a mark on the town—and the world—that we’re still horrified by and fascinated with half a century later. The anniversary of the Manson murders means that 2019 will dedicate a lot of pop culture inventory to the crimes. Here’s a list of every Manson-related project coming out this year.

The Haunting of Sharon Tate

Had the incredible opportunity of playing Sharon Tate the past two weeks in an independent movie. She was an amazing woman and it was a true honor

First up was Daniel Farrand’s horror film, The Haunting of Sharon Tate, with Hilary Duff stepping into the shoes of the pregnant actress and wife of Roman Polanski, who was murdered that fateful August evening in her home. The film is based on an interview Tate gave to Fate Magazine before her death, about a dream she had where she was haunted by a “creepy little man” and saw a figure “that was either Jay Sebring or me” tied to the staircase with its throat slit open.

Sebring—Tate’s good friend and a famous Hollywood hairdresser—was murdered in the house with her, and both of their necks were tied with rope by the Manson Family, which makes her premonition extremely haunting. Farrand’s film explored the idea that Tate may have been aware of her own death in some psychological way, but with a horror twist. The film was released in April to mostly negative reviews.

It is my honor to play Sharon Tate in our next film TATE. This movie will only celebrate her life. We will not violate her or exploit her death. For too long this beautiful woman made of light has had to endure tragedy. It is time to take away the microphone from the maniac. It’s her time. Thank you Debra Tate for joining us in sharing your sister’s life. I know, with you as our producing partner- we will do right. I love you. And to my husband- who stands with me, everyday, striving to bring female forward stories to the screen. I love you. Simply, you are the greatest. xx

Sharon Tate‘s only surviving family member, sister Debra, has been careful to protect her family’s legacy in the years since Sharon’s murder. That’s what makes Tate such an interesting project, as Debra is producing the film along with actress Kate Bosworth, who will play Sharon, and her husband, Michael Polish, who’s directing. Though it won’t focus on her death, it will tell a loving story about the life of a woman who’s fate—and the fate of her unborn child—was snuffed out by a horrific act. No release date has been announced, but it’s set for 2019. 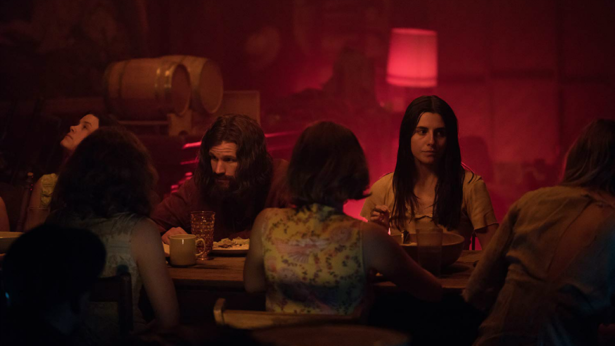 American Psycho director Mary Harron took Charlie Says to the Venice Film Festival last year, where it received mixed reviews. The film, which stars Matt Smith as Charles Manson and focuses on the women under his control, arrived in theaters on May 10 and on VOD May 17.

Once Upon a Time in Hollywood

No doubt the biggest Manson-related film coming out this year is Quentin Tarantino‘s Once Upon a Time in Hollywood, which stars Margot Robbie as Sharon Tate and will weave fact and fiction into a story about Hollywood in 1969. Leonardo DiCaprio and Brad Pitt will play Tate’s neighbors, an actor and stunt coordinator pair based on Burt Reynolds and Hal Needham.

We don’t know much about Tarantino’s ninth film, but we do know that he’s also cast someone as Charles Manson (Damon Herriman), as well as the other victims of the murders: Jay Sebring (Emile Hirsch), Abigail Folger (Samantha Robinson), and Wojciech Frykowski (Costa Ronin). Dakota Fanning, Lena Dunham, Margaret Qualley, and The Haunting of Hill House‘s Victoria Pedretti will play Manson girls, and the rest of the cast is seriously stacked.

Two trailers have also been released, which shine a particular emphasis on Timothy Olyphant and the late Luke Perry in co-starring roles. We have reason to believe this one will flip everything we know about the Manson mythos on its head, and we can’t wait to see how it all shakes out when the film lands in theaters on July 26. 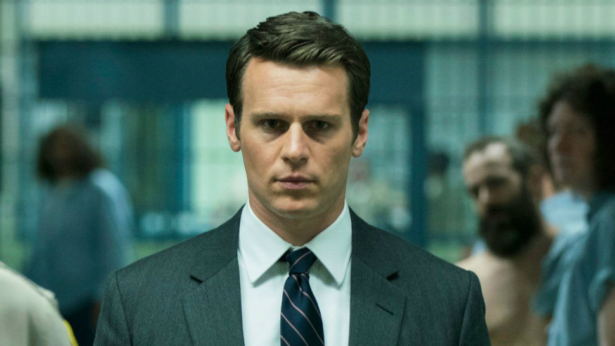 Another hot-ticket Manson moment will come when Netflix’s Mindhunter returns later this year. The show announced back in August that it would feature Manson in season two, and in a weird twist of fate, the actor cast in Tarantino’s film—Damon Herriman—will also play Manson in Mindhunter. Talk about typecasting.

Mindhunter will r eturn to Netflix on August 16 and, in addition to Manson, will also focus on the Atlanta Child Murders.