WHAT IF…? Mid-Season Trailer Teases Parties and Team-Ups

Marvel’s What If…? on Disney+ has brought the MCU to some unexpected places. From Captain Carter and a kindly Thanos, to zombie Avengers and a heartbroken Stephen Strange, the Multiverse has infinite stories worth exploring. Unfortunately for fans of the animated show, only four hypothetical tales remain in the series’ first season. But a mid-season trailer offers some tantalizing hints about why they could be among the best episodes yet. Especially when it all might culminate with a Multiverse team-up.

This new promo primarily features footage from the show’s first five episodes. Scattered throughout, though, are new clips that give us an idea of what to expect from the second half of the series. That will include a trip to Sakaar. Even in this parallel world the Grandmaster is still spinning at his own DJ table. Whether or not that’s when we’ll also see Korg, surrounded by Asgardians, Skrulls, and others, dancing with a pacifier in his mouth we’re not sure. But if that’s one big party, we really want to be on the invite list.

The trailer also offers a glimpse at Michael B. Jordan’s Killmonger. In a different timeline would he have been more like his cousin T’Challa? Is that what we’ll see from this alternate reality? And if so, did that only happen because T’Challa became Star-Lord instead of Black Panther? 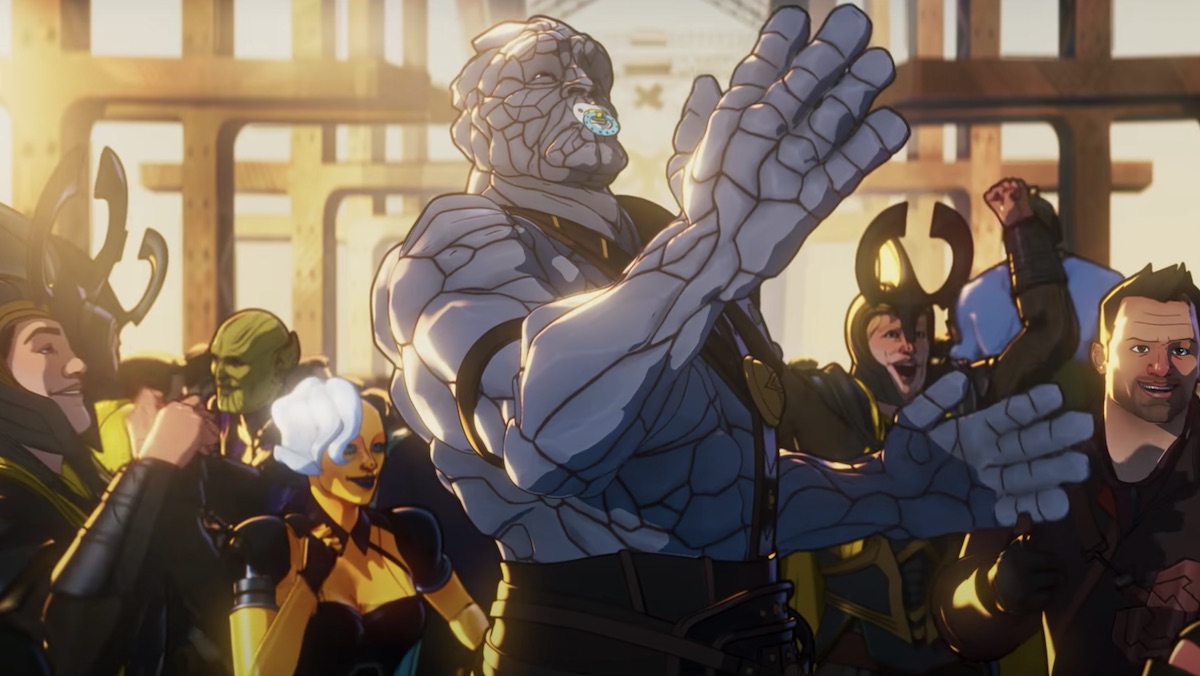 And when will we see Gamora in Thanos’ armor? Could that be during the event we’re willing to wager will close out the show’s first season? When the Multiverse Avengers come together to fight their own Battle of New York City? Like Phase I of the MCU, is that what the entire season has been building towards?

The possibilities of the Multiverse are literally infinite. But we’ll be happy if we get four good episodes to close out season one.

TAGGED: Disney+, Marvel, MCU, What if