This Fleshy Anthropomorphic Webcam Is Always Watching You - Nerdist

This Fleshy Anthropomorphic Webcam Is Always Watching You

Back in 2019, designer and researcher Marc Teyssier unveiled faux-skin phone covers that could easily make real skin crawl. Now, Teyssier’s released a new art project that’s equally grotesque and engrossing: an anthropomorphic web camera that legitimately looks like a human eye. A human eye that emotes on behalf of users, and also watches them no matter what they’re doing.

The Verge picked up on Teyssier’s new project, which he refers to as Eyecam. Teyssier outlined the why behind the uncanny, desktop oculus in a recent blog post. He expressed the intended takeaway from the project: devices are everywhere and they’re always observing you.

In the video above, Teyssier showcases Eyecam as if it were an Orwellian Apple product. For example, the fleshy device is able to mimic a user’s eye and eyelid movements, re-creating their facial expressions. (Or at least a part thereof.) Eyecam also “wakes up on its own,” and observes “every one of your steps.” 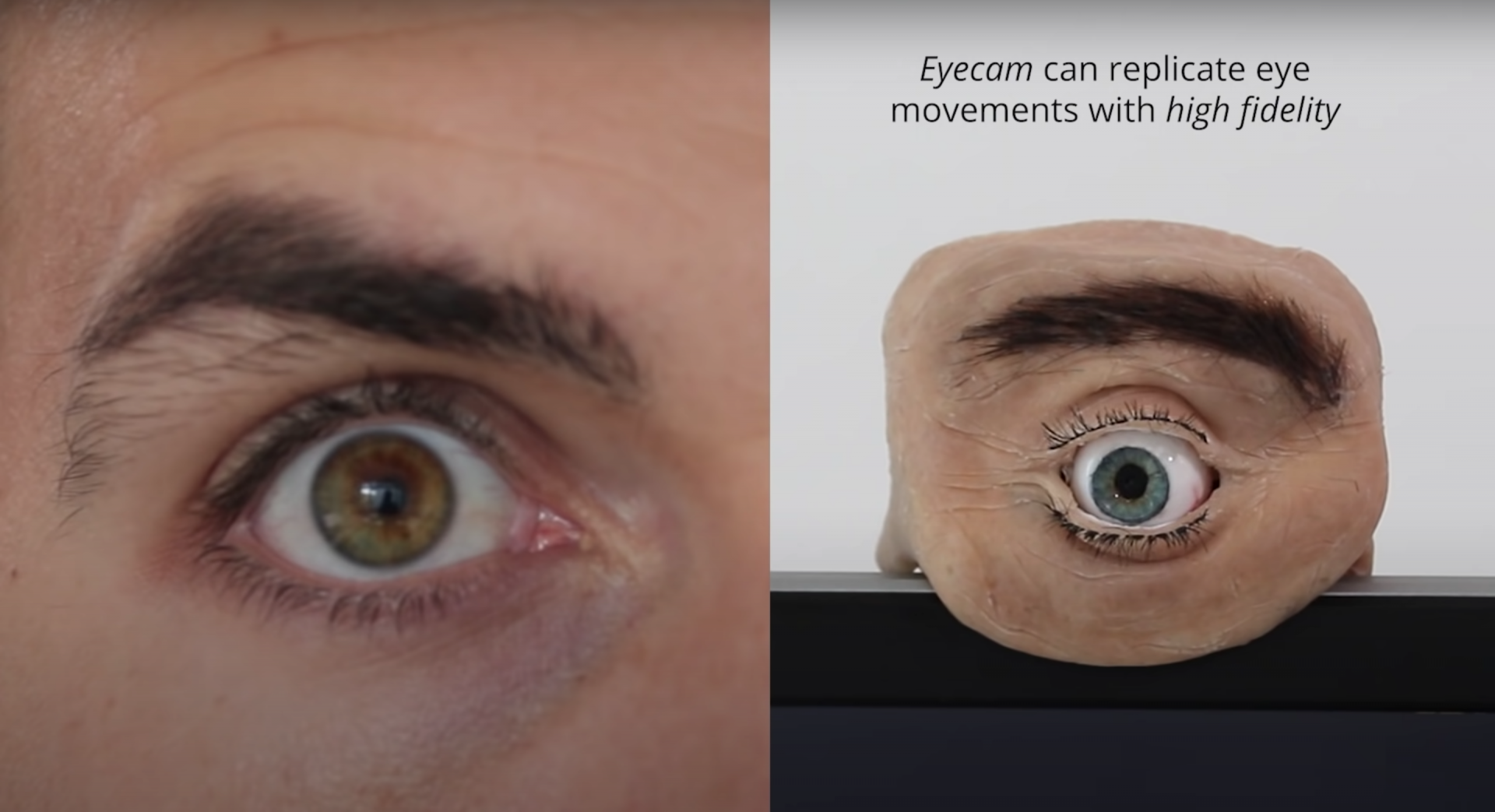 Perhaps the creepiest aspect of the hunk of replicant, however, is the bonding aspect of the device. Like the faux skin covers, it appears Eyecam has Teyssier’s signature electronic flesh; a depth-sensitive touchpad that looks like skin, and can sense when somebody is rubbing it.

Unfortunately—or perhaps very fortunately—nobody can go out and buy an Eyecam. Instead, Teyssier ends the video by putting emphasis on the fact that sensing devices are so ubiquitous now, we’ve become unaware of their presence. Which is probably true for most of us, especially considering how many cameras have been invading our milieus lately.

Teyssier opens the door for a discussion about the aesthetics of these ubiquitous devices as well, which is an equally fascinating aspect of the project. The appearance of all of everyday life’s invading eyes is important, after all. Because what they look like will ultimately play into what we let them see.