This Electronic ‘Skin Patch’ Tracks Your Coffee and Alcohol Intake

As it becomes ever clearer that our cyberpunk future is here, we continue to glimpse a world where technology, like a slick octopus, makes its way onto our bodies. Last year, for example, MIT announced a “ vaccination tattoo” that would allow medical staff to track who’s been vaccinated. Now, engineers at the University of California, San Diego (UCSD) say they’ve created another monitor you can wear: a skin patch that tracks how much caffeine and/or alcohol you’ve had.

Futurism picked up on the new, prototype wearable. Researchers at UCSD’s Center for Wearable Sensors are behind the gadget, which adheres to skin thanks to its extraordinary stretchiness. The electronic patch is worn on the neck or wrist, and contains an amalgam of sensors; ones that allow for the monitoring of both biochemical levels and cardiovascular signals.

“This type of wearable would be very helpful for people with underlying medical conditions to monitor their own health on a regular basis,” said nanoengineering Ph.D. student at UCSD Lu Yin in a press release. Yin, a co-first author of a study outlining the skin patch (published in the journal Nature Biomedical Engineering), added that “It would also serve as a great tool for remote patient monitoring, especially during the COVID-19 pandemic when people are minimizing in-person visits to the clinic.” 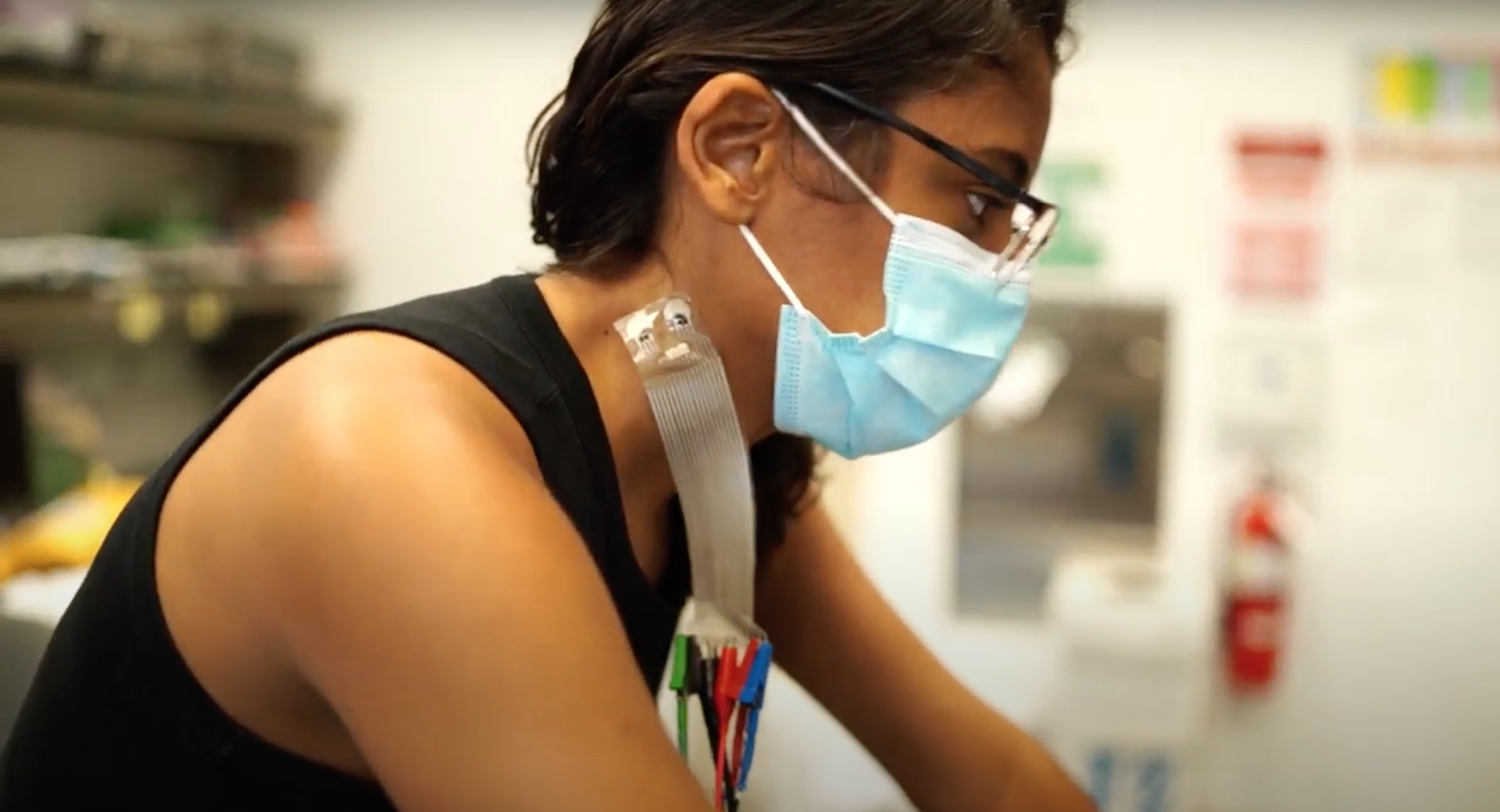 The skin patch continuously tracks a wearer’s heart rate, while simultaneously measuring their levels of glucose, lactate, alcohol, or caffeine. The wearable’s also able to collect blood-pressure data thanks to its ability to emit ultrasound signals. (Although this preliminary version can’t monitor all of these inputs at the same time. Yet.)

For the biochemical readouts, the electronic skin patch is able to release a drug (pilocarpine) into the skin to induce sweat, which contains biomarkers for lactate, caffeine, and alcohol levels. For a glucose readout, the skin patch (gently?) zaps its wearer with electricity, summoning interstitial fluid. That fluid, like sweat, has biochemical markers, including those for glucose. 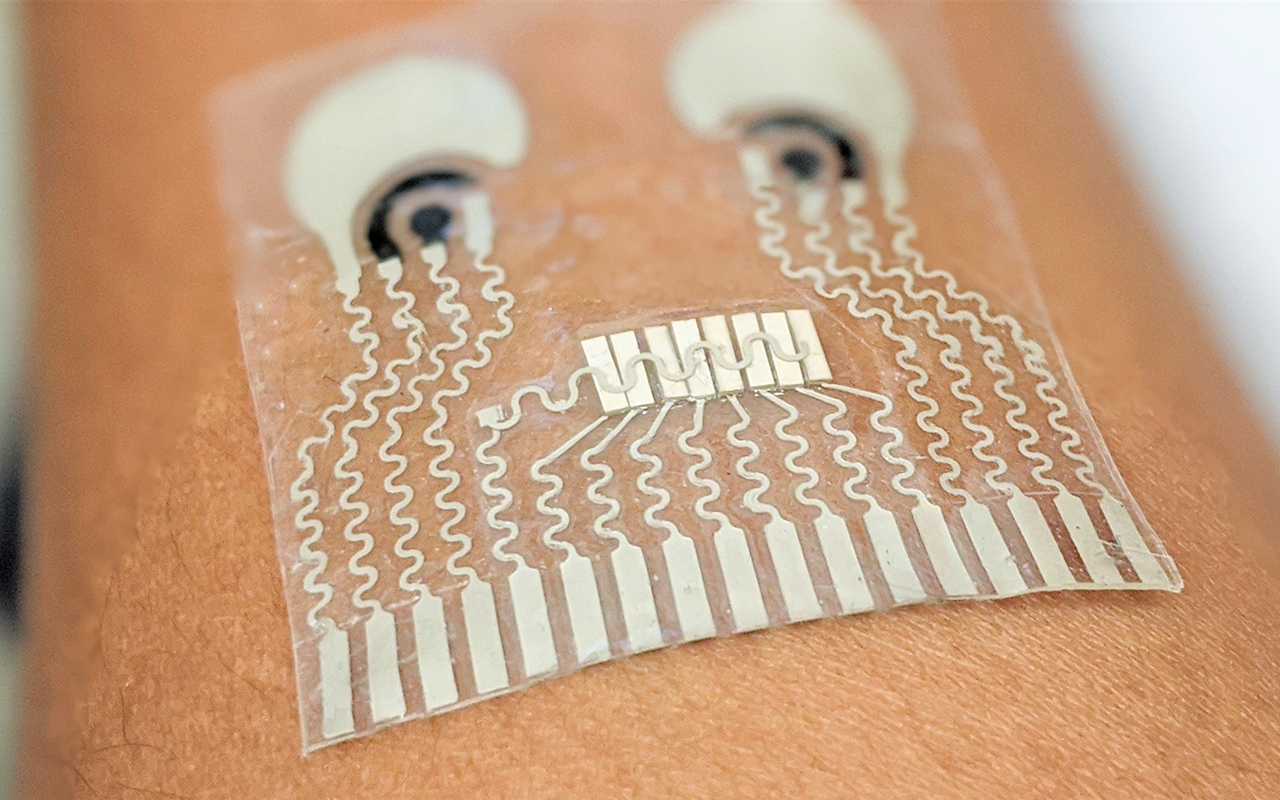 Yin added in the press release that these sensors could offer a more complete picture of a person’s health. Specifically allowing them to know whether adverse health events are due to bodily malfunctions, or just a few too many espressos.

Moving forward, the researchers say they’re already onto skin patch 2.0. Which will have even more sensors, and more usability for the general population. Who knows what the future holds for these wearables? Maybe the Fitbit Elon Musk wants to put in people’s brains will render them moot anyway.