“One camera, every viewpoint” is the slogan for Ring’s new home security camera, Always Home Cam. The camera is able to claim this Eye of Sauron-esque feat because it’s on a tiny drone that can fly around people’s homes. The tiny drone also hums as it patrols, as a way to alert people that its all-seeing camera eye is coming toward them.

The Verge reported on Ring’s new flying camera, which was recently unveiled by the home security company. In the dramatization above, we see the Cam in action as it spots, and scares off, a home intruder. (A home intruder who looks like he’s trying out for an improv team.)

Jamie Siminoff, Ring’s founder and “chief inventor,” says in a Ring blog post that the Cam is a response to a common issue raised by customers. Namely that they have “a few Indoor Cams from Ring,” but not enough to monitor their entire homes. 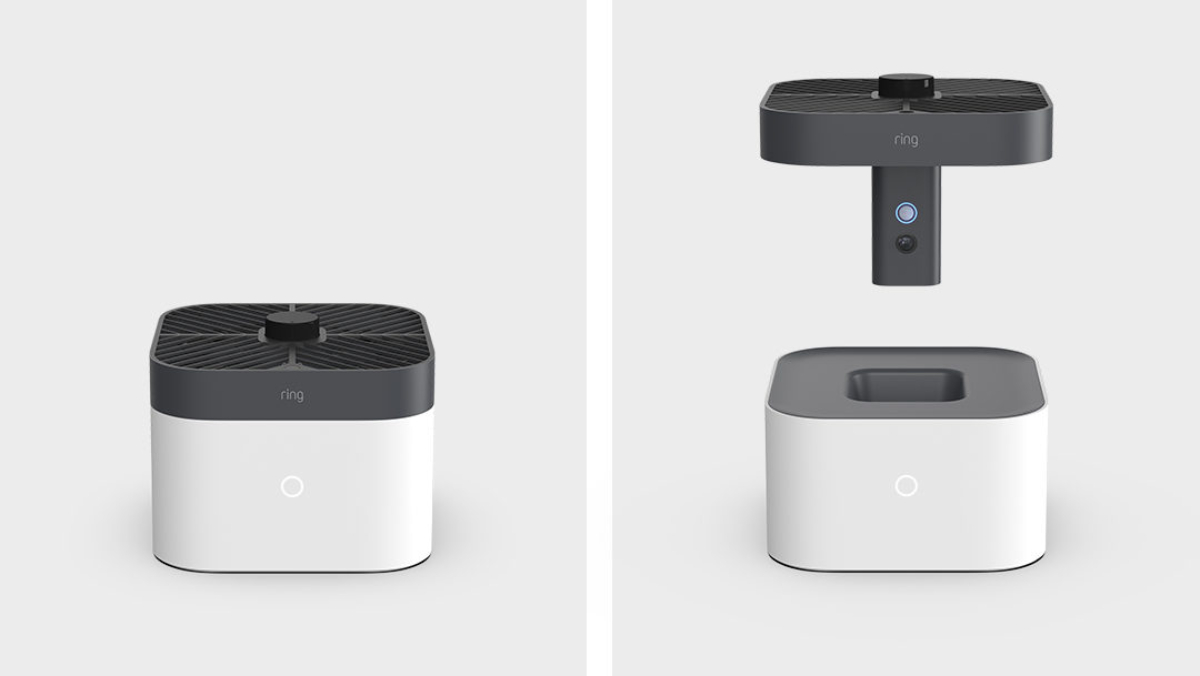 The Cam works by having owners program flight paths, which it subsequently obeys while it flies around taking video. While the flying camera can’t be controlled manually, Ring says this limitation is actually a security advantage; the inability to fly the drone manually ensures the Cam “will only record and see what is important to you,” Siminoff says. The Cam also has obstacle avoidance software to help it avoid novel objects in its path.

Ring highlights the privacy considerations the company has taken in building the Cam. The company specifically notes the device rests in a charging base that physically blocks its camera and microphone. The camera also only starts recording after it’s left its base and is flying along one of the preset paths.

Ok this is one of these ideas that’s either absolutely brilliant or really stupid:

For prospective buyers, the drone cameras will ship next year, and cost $250. The Cam will also, of course, integrate with an already existing Ring Alarm system. And while there’s no mention of any facial recognition tech involved here, it’s easy to imagine it coming to the drone-cam soon. Amazon owns Ring, after all, and the mega-corporation knows all about identifying faces.