For the first time ever, astronomers say they’ve found evidence of water vapor on Jupiter’s moon, Ganymede. While scientists were already aware of the likelihood that the moon—the largest one in the solar system—has vast, salty oceans underneath its icy crust, this is the first time they’ve found vaporized H2O. A characteristic that only adds even more mystery to the Jovian world. 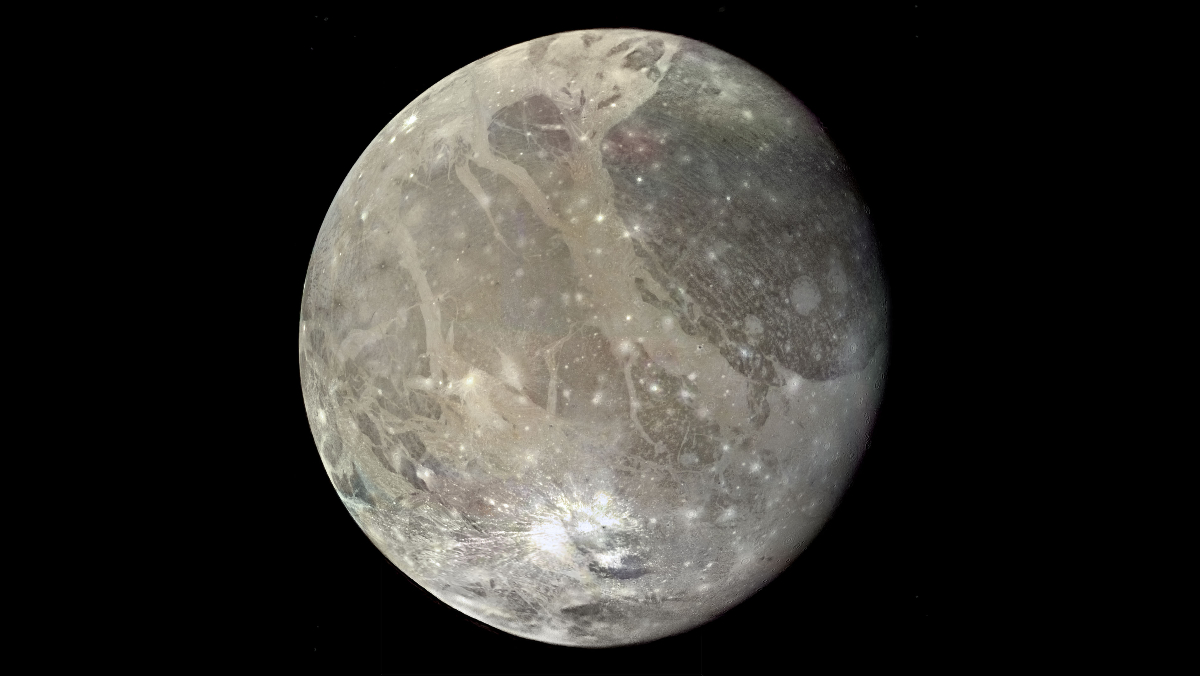 Gizmodo reported on the discovery, which scientists made by combing through new and archival datasets from NASA’s Hubble Space Telescope. Lorenz Roth of the KTH Royal Institute of Technology in Stockholm, Sweden led the team. He and his colleagues originally aimed to measure the amount of atomic oxygen in Ganymede’s atmosphere; hoping an abundance of oxygen atoms would explain a discrepancy between two UV images taken of Ganymede in 1998 and 2010 respectively.

Surprisingly, however, the scientists did not find tons of atomic oxygen. On the contrary, they found very little. This made no sense, as Ganymede has bands of charged particles at its poles; similar to those on Earth responsible for auroral southern and northern lights. The change in the bands over time—which the two varying UV images captured—should’ve been due to the presence of atomic oxygen.

Roth et al. took a closer look and found that Ganymede’s surface temperature varies strongly throughout the day and, around noon, becomes warm enough near the equator for surface ice to release (or sublimate) some small amount of water molecules. They then noticed the differences in the UV images correlated with where water would likely be in the moon’s atmosphere.

“So far only the molecular oxygen had been observed,” Roth said in a NASA press release. “The water vapor that we measured now originates from ice sublimation caused by the thermal escape of water vapor from warm icy regions,” he added. 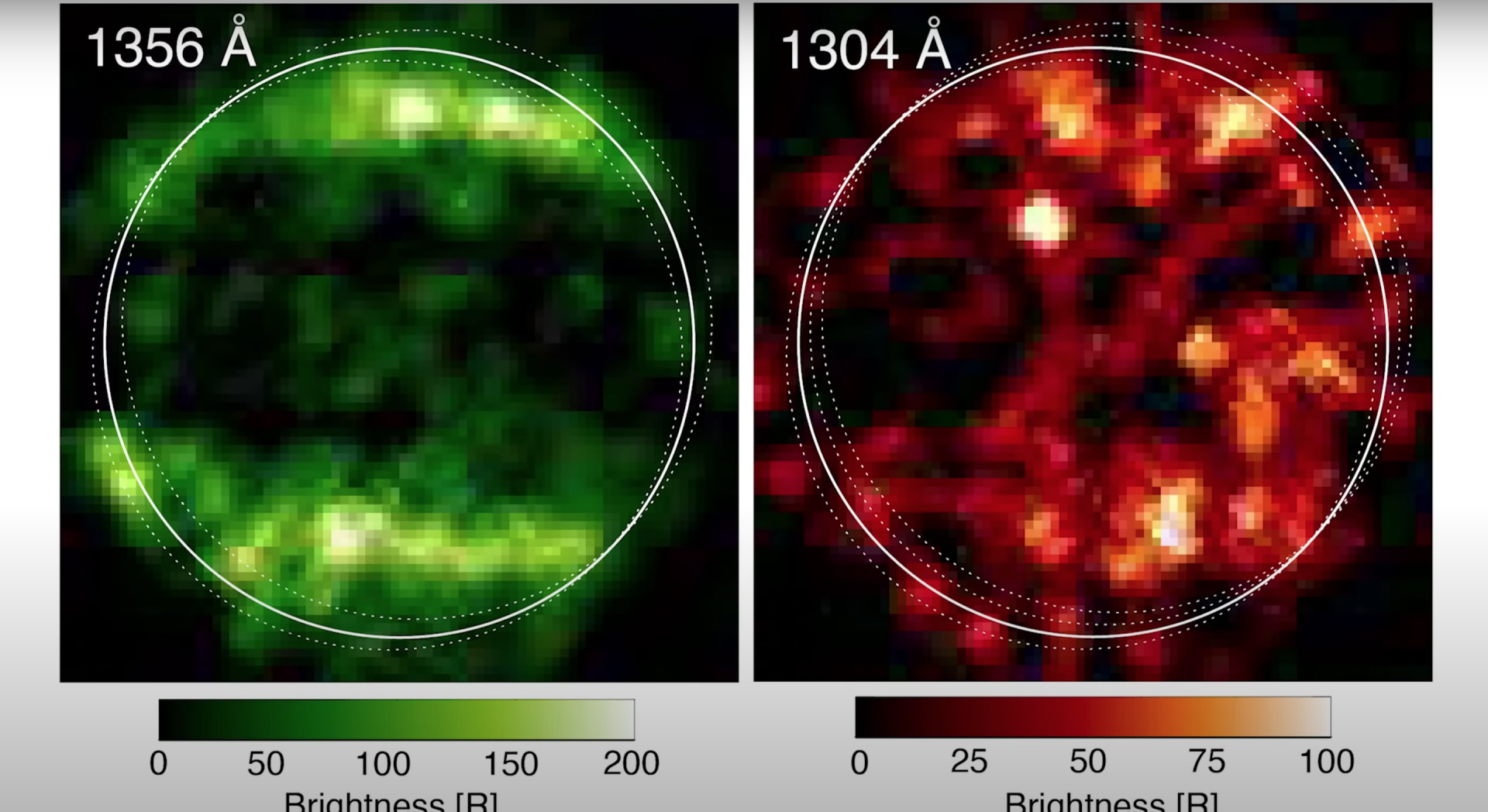 As for what this finding means? The scientists say unravelling Ganymede’s secrets will provide a better understanding of how gas giant and their satellites evolve. NASA also says findings like these will help us to estimate the habitability of Jupiter-like exoplanetary systems. Although for our money—and as taxpayers, it is our money—we’d like to see a deep dive into Ganymede’s subsurface oceans before we even think about the habitability of worlds outside the solar system.