NASA Animates Images Of Jupiter and Its Moon, Ganymede - Nerdist

NASA Animates Images Of Jupiter and Its Moon, Ganymede

NASA’s Juno spacecraft has been in orbit around Jupiter for just over five years. Some of the goals of the spacecraft are to measure the planet’s composition and gravitational field strength. Tons of data has been sent back down to Earth, including some insights into Jupiter’s sprites, elves, and incredible colors. Now, it’s sent back images of the closest flyby in its history.

NASA has converted those images into some awe-inspiring animation for all to enjoy.

NASA’s Jet Propulsion Laboratory created the stunning animation and shared it to NASA’s YouTube channel. The video’s description notes that on June 7th and 8th of this year, Juno flew closer to Jupiter’s ice-encrusted moon Ganymede than any spacecraft in more than two decades. The animation consists of images that the space probe captured on those particular dates.

To animate the images, NASA projected them onto a digital sphere. Then, the JPL team added “synthetic frames” to the video, in order to detail the approaches and departures from Jupiter and its icy moon.

Seeing the lightning storms in Jupiter’s wavy atmosphere—which definitely looks like cream mixing with coffee—for example, is quite a visual treat. As too are the scars and craters on Ganymede. (The moon is one of 79 orbiting Jupiter, and it’s the largest in the solar system.) 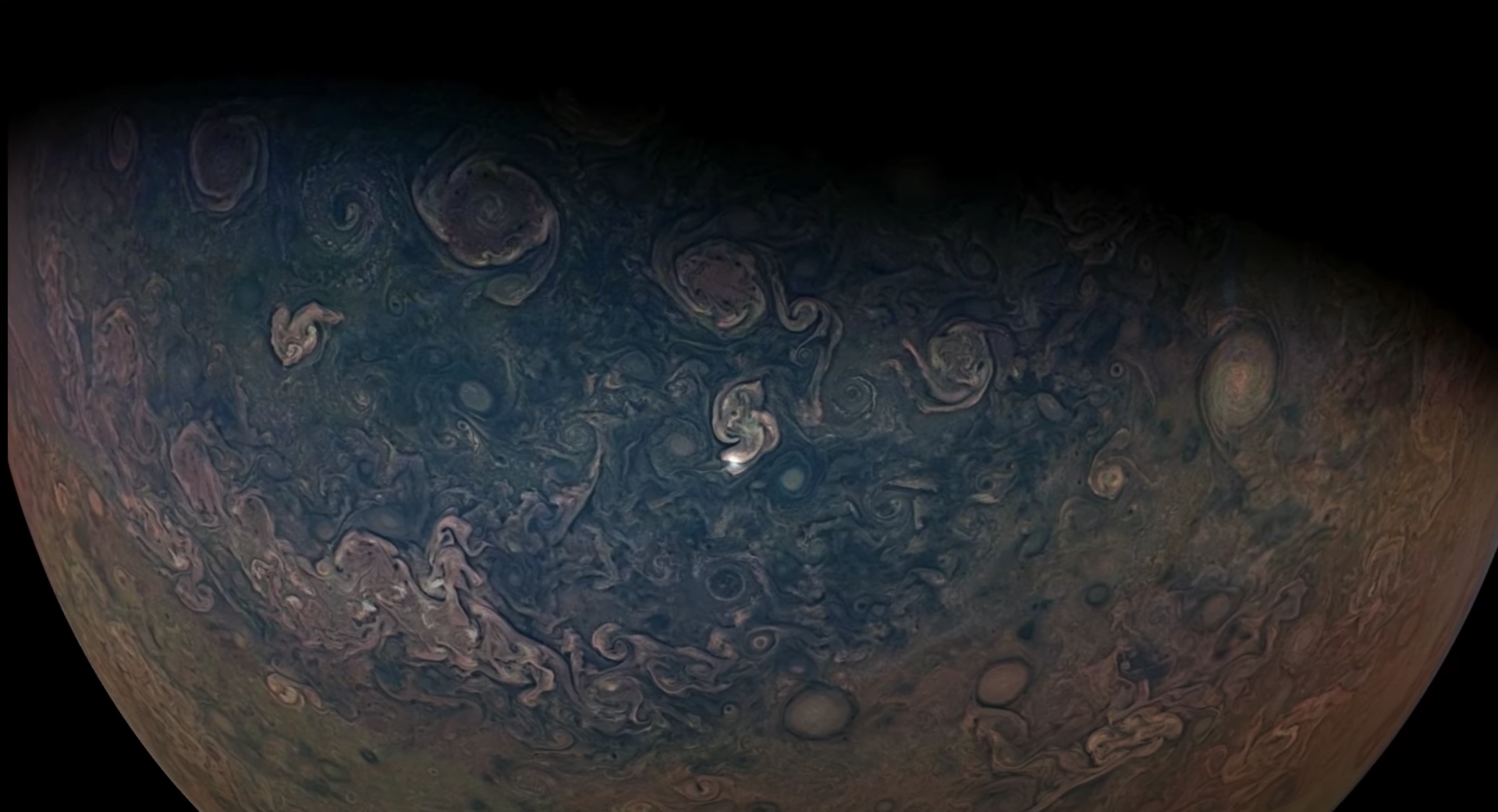 What’s perhaps most incredible about how Jupiter and Ganymede look is just how wistful it all feels. It’s almost beckoning human beings to explore these incredible worlds, which are so similar yet different from ours. Although maybe that’s just the clip’s Sagan-esque score making us jones for more old-school Cosmos.

For anyone who’d prefer not to leave Jupiter’s orbit, there’s no need to. Juno certainly hasn’t, and it continues to glean all kinds of data from its corner of the solar system. Speaking of which, who else could look at high-def images of Jupiter’s Red Spot for hours? 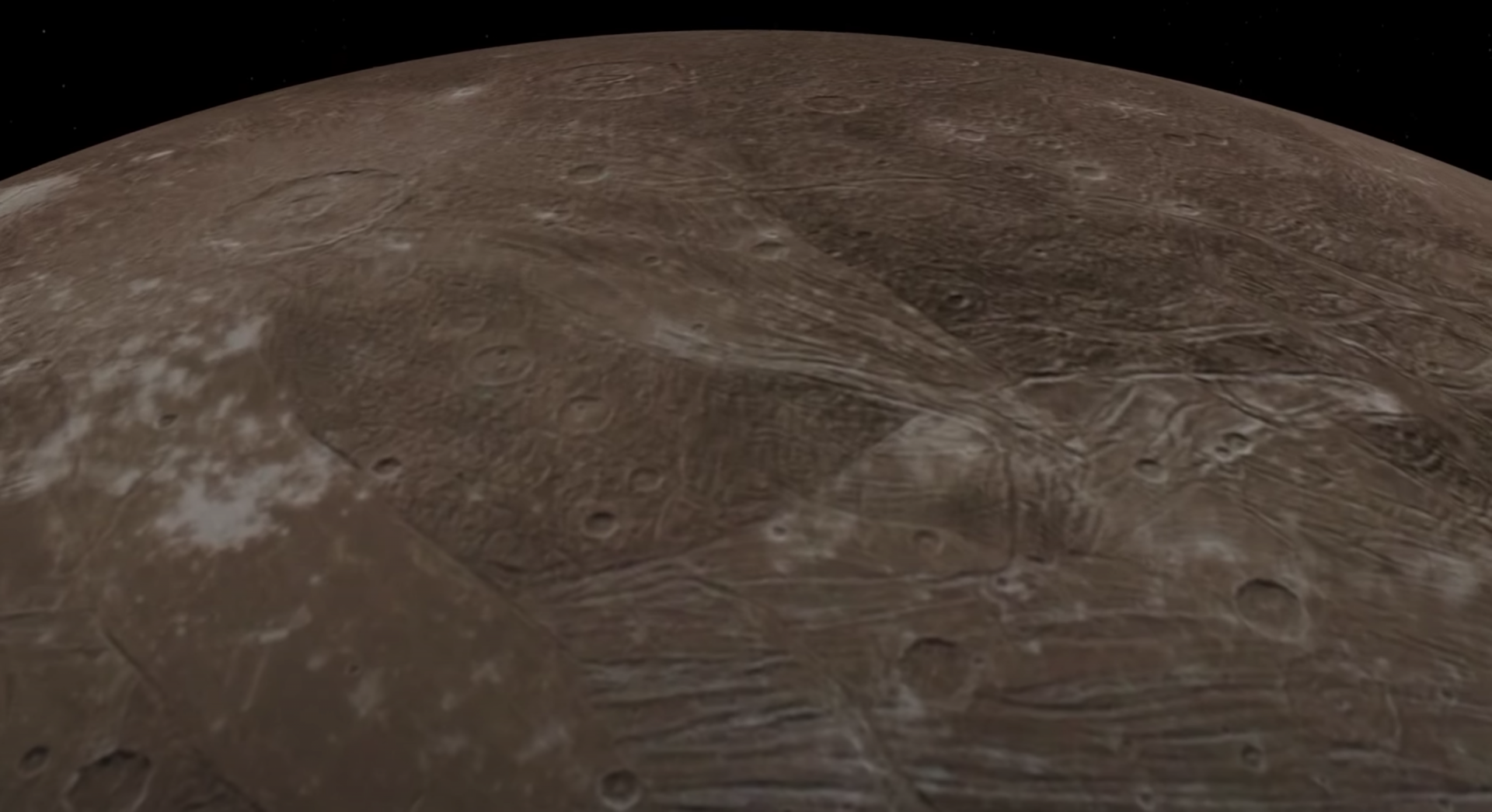