NASA’s Juno spacecraft has detected, for the first time, an FM radio signal coming from the moon Ganymede. And while it’s certainly not aliens producing the signal, the finding still helps to fill out our scientific understanding of the incredibly large and massive moon. One that still contains plenty of mysteries, especially in its salty, subsurface oceans.

CBS 17 reported on the discovery, which NASA Ambassador Patrick Wiggins discussed with ABC4 News. Wiggins, who worked at the Hansen Planetarium in Salt Lake City for 26 years—and is an avid skydiver—told ABC4 that the FM signal is “not E.T.,” but more of a “natural function.” 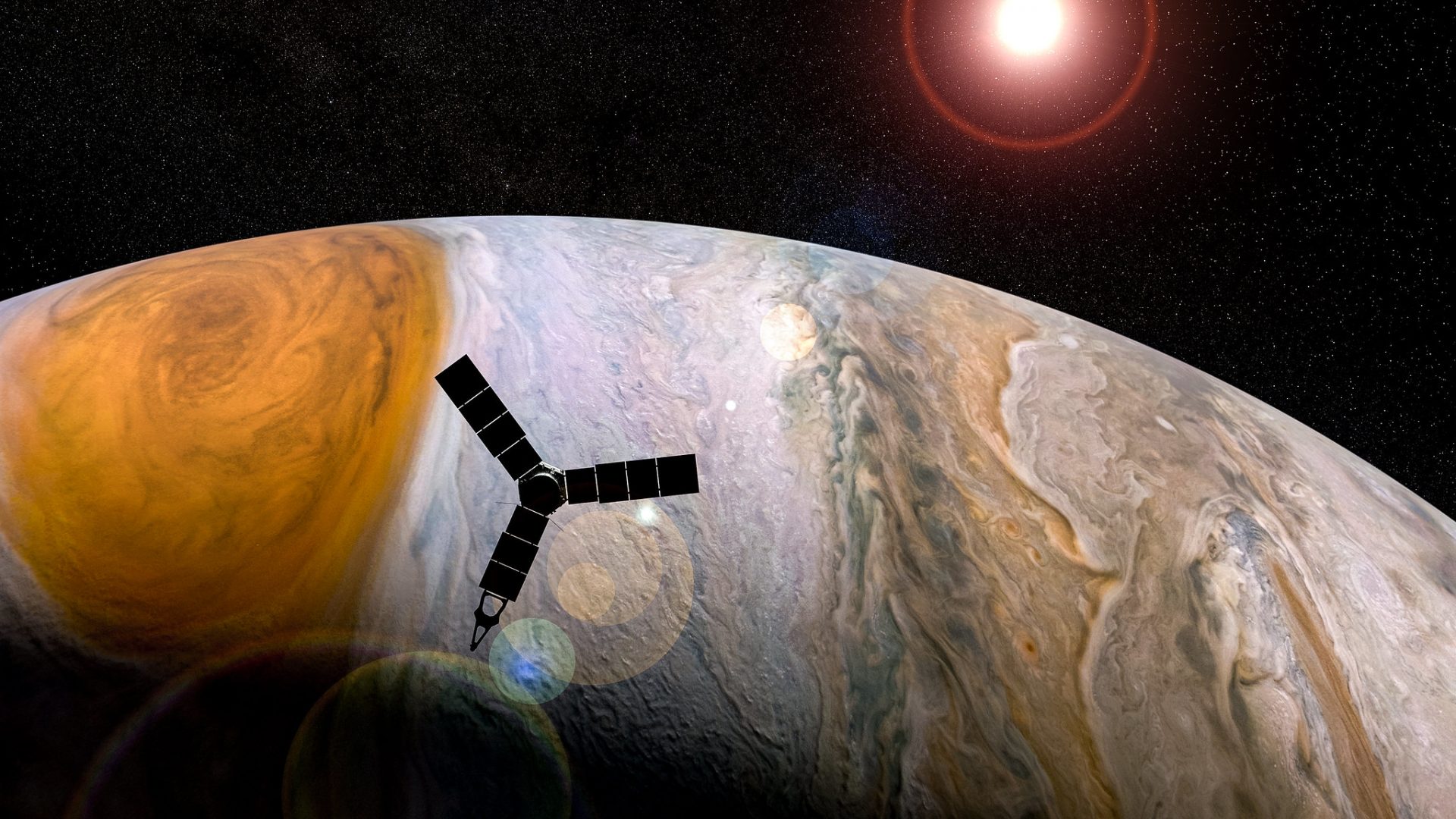 Juno detected the five-second radio burst in late 2020, when it crossed a polar region of Jupiter, where the giant planet’s magnetic field interacts with Ganymede’s. Ganymede is one of 79 moons that orbits Jupiter, and is the largest in the solar system. (In fact, the moon is 26% larger than Mercury—although 45% less massive.)

The finding was recently outlined in a paper published in the journal, Geophysical Research Letters. Andrew Yau, editor of the journal, told Newshub that “Juno was travelling at a speed of approximately 50 kilometres per second, and it spent at least about five seconds crossing the source region of the [FM radio] emission, which was therefore at least about 250 kilometres [or 155 miles] in size.” 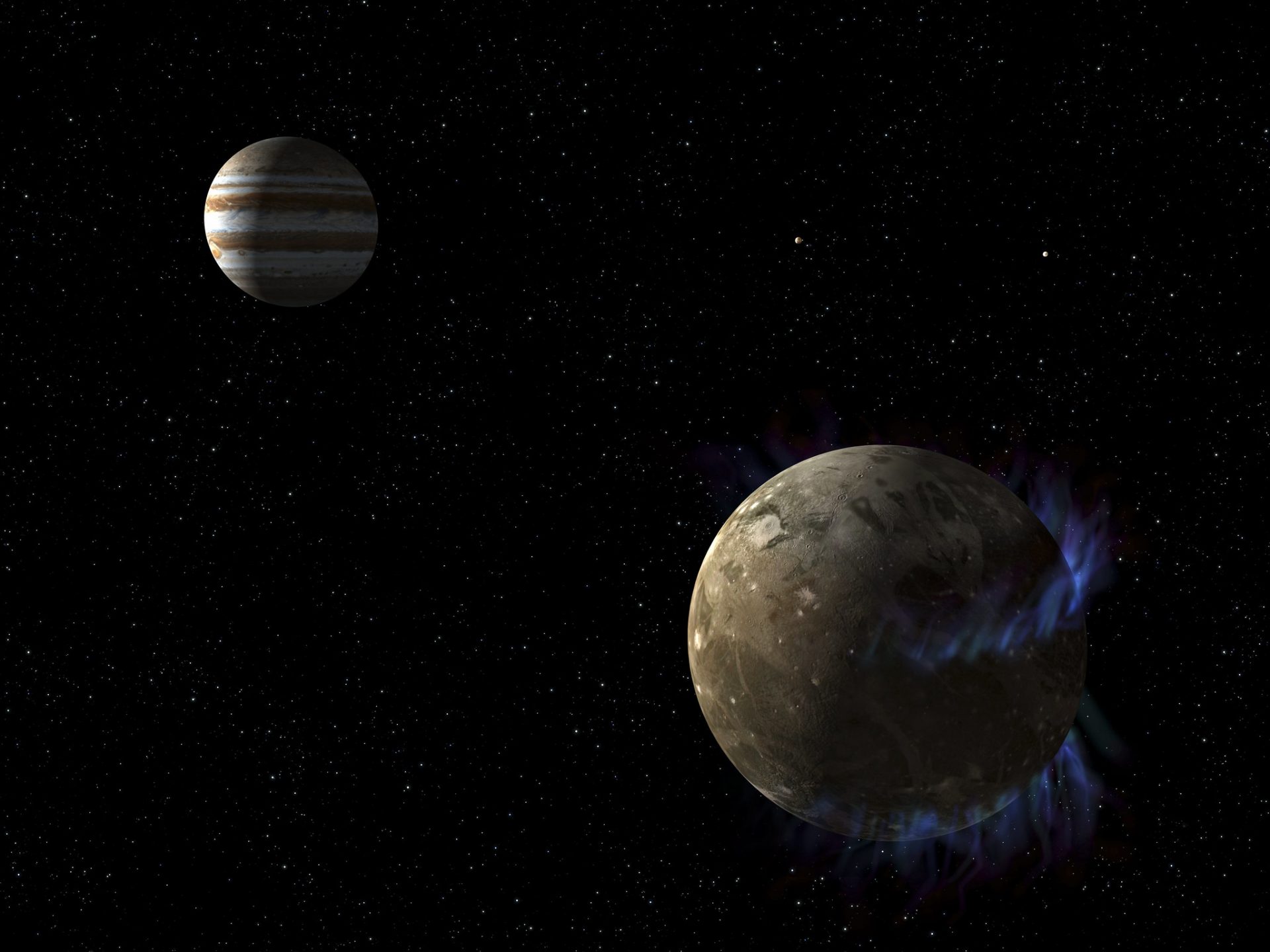 Although Ganymede doesn’t have an atmosphere, it does have a powerful magnetosphere; one that exhibits aurorae (in the image immediately above), themselves affected by the moon’s subsurface salt-water oceans.

Speaking of which, there’s a strong case for there being life forms at the moon’s core-mantle boundary. Scientists say extremophiles—microorganisms capable of existing at extreme temperatures or in extreme chemical conditions—may very well live there. Which, while not as exciting as finding full-blown intelligent life, would definitely be the biggest finding ever broadcast on Earth.